Another day, another long wait in line for vaccine

Some people who were turned away Tuesday after sitting in lines for hours came back Wednesday hoping to actually get the vaccine. 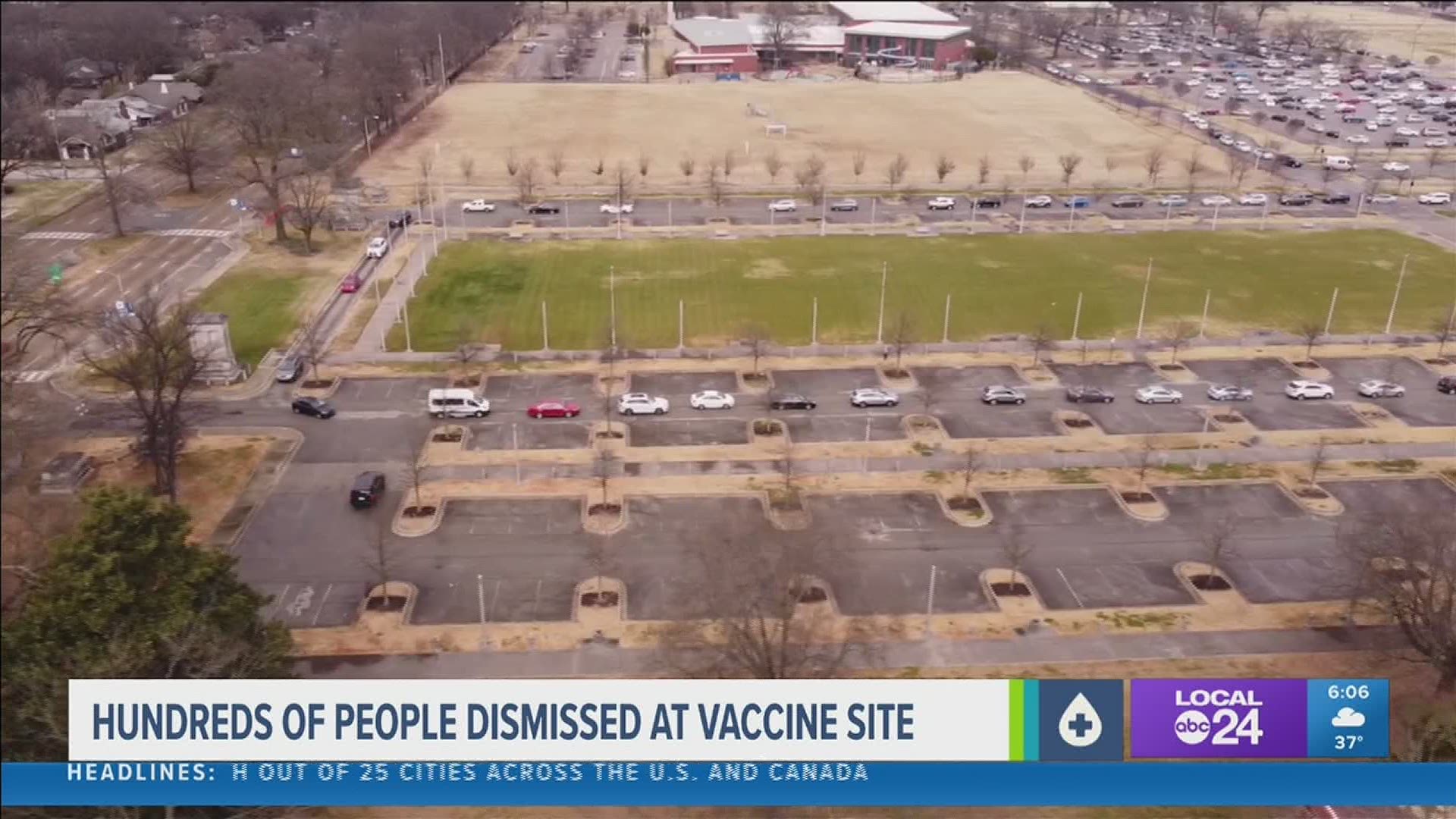 MEMPHIS, Tenn. — For the second day in a row, people spent most of the day in line at the Memphis Fairgrounds waiting to get their COVID-19 vaccine at the Pipkin Building.

Tuesday, as many as 700 people were turned away after waiting in line for hours. They said they were told the Shelby County Health Department ran out of shots.

Many people came back Wednesday and sat in line a second day hoping to get the vaccine.

From a drone photo, you can see the long line that winds around the fairgrounds parking lots. Tommy Wright sat in it for two hours Tuesday before he was sent home. He came back Wednesday hoping to get his dad vaccinated.

So people were told vaccine had run out at the Pipkin. Then a viewer sent me this email she received that stated otherwise pic.twitter.com/VLA4CF7Blx

"They ran out of vaccine and they told us to just leave, and there was still over 100 people behind me. So we were very disappointed - that's why we are back," said Wright.

However, not everyone who sat in the line Tuesday could come back. Rhonda Nichols sat with her 87-year-old parents, who had been in line four hours Tuesday. She's concerned about her return trip.

"My fear is, if I make another appointment, is that going to happen again? Do I prepared with a picnic lunch? A potty? What do we do at this point?" asked Nichols.

"The people it's hurting the most right now are our seniors who are waiting in line 4 hours, 5 hours, and even then are being turned away without receiving it," said Shelby County Commissioner Mick Wright.

Wright is trying to find out why this happened.

The Official word from the county is that "more people than expected arrived at the Pipkin Building" Tuesday, but there was no explanation from Shelby County Health Department why that happened. Local 24 News was told appointments were overbooked by the hundreds.

"This is such a disappointing situation. It seems like the county is failing to honor our commitments," said Wright.

Not only were appointments over booked ... the some of the people who were turned away yesterday are also showing back up today adding to the line pic.twitter.com/BxqK4B7rX2

Wednesday, while the lines were long, they did keep moving. Most people reported it was taking around four hours. We're told additional staff was brought in to handle the added demand. And while frustrating, many here say the wait is worth it.

"My dad is immunocompromised and my mom is 74. I'm just glad we are going to be here and are going to get the shot, even if we have to wait," said Andrea Wilks.

Before getting in line, one suggestion from law enforcement is make sure you have a full tank of gas. There have been instances of people running out while sitting in this line.

Make sure your gas tank is full if you are going to the Pipkin Building for a vaccine. I’m told several drivers have run out of gas pic.twitter.com/JdhCQCuXzC