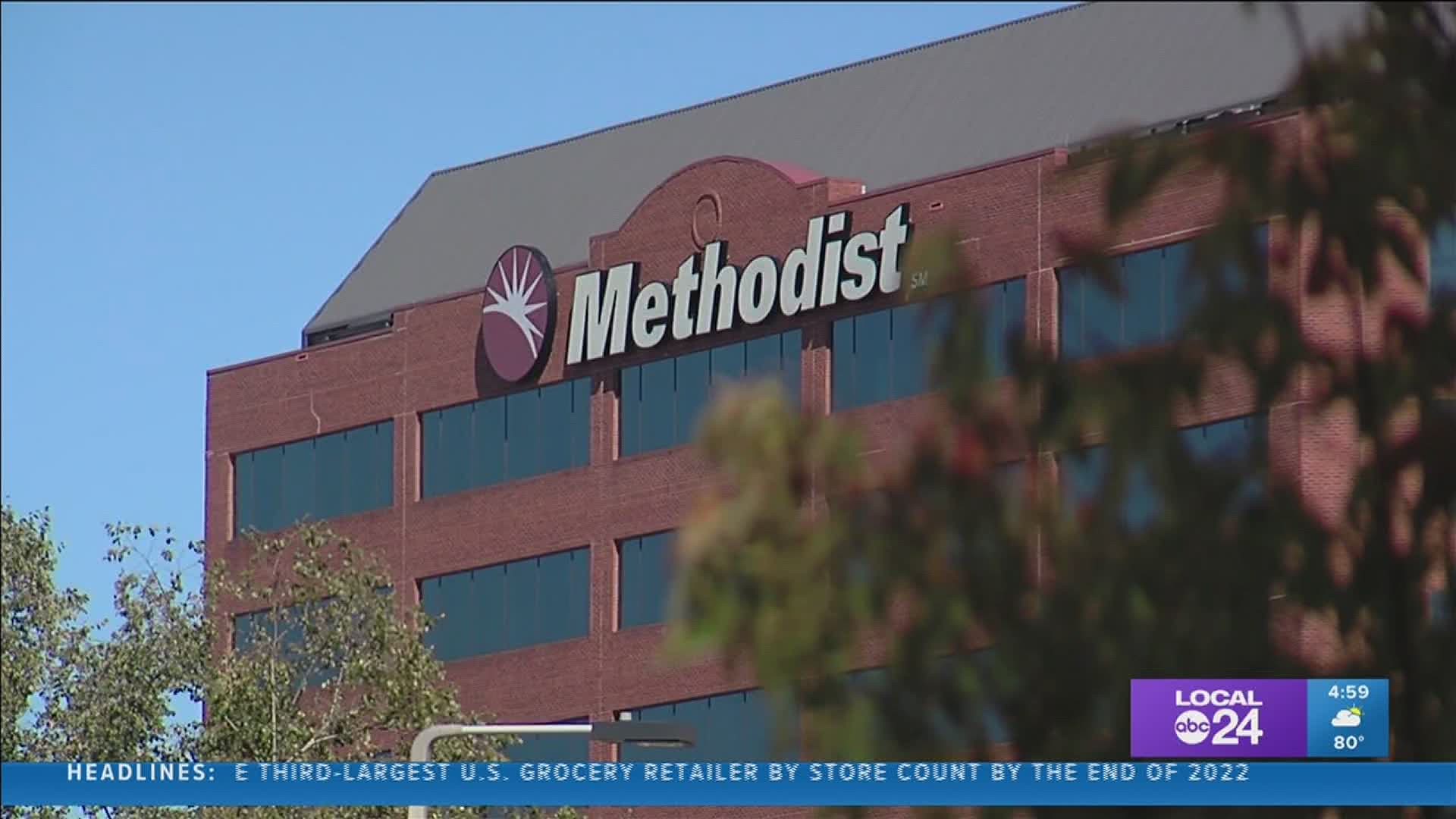 MEMPHIS, Tenn. — Methodist Healthcare and the West Cancer Center are at the center of a lawsuit and federal investigation involving kickbacks to doctors connected to cancer patients.

According to the complaint, the scheme caused damages to Medicare and Medicaid programs, to the tune of more than $800 million. It was originally filed in 2017 but remained sealed until last December.

The lawsuits claims from 2012 to 2018, West Cancer Center and Methodist Healthcare knowingly defrauded federal and state healthcare programs. According to the lawsuit, Methodist paid West physicians kickbacks, of more than $400 million. It claims the doctors were given kickbacks for referrals of cancer patients for hospital admissions, chemical infusions, radiation, and outpatient procedures.

"It's a question of bribes really," said Jeb White, President of Taxpayers Against Fraud.  "It is a question of: did a provider receive a kickback from a healthcare system that caused them to then prescribe or encourage people to go in a particular hospital? The harm happens whenever a physician makes a decision on his own bottom line versus the needs of the patient. This is a massive case. This is a massive case by any standard. A lot of times when you see $800 million dollars it involves pharmaceutical fraud or medical device fraud. to see a health care system around $800 million is almost unprecedented."

Methodist took part in a program called the 340B program, which allowed the hospital to acquire drugs at deep discounts. The lawsuit claims the hospital would acquire the drugs at a discount and patients' insurance would be charged at a higher rate. Then West physicians and Methodist would split the difference. 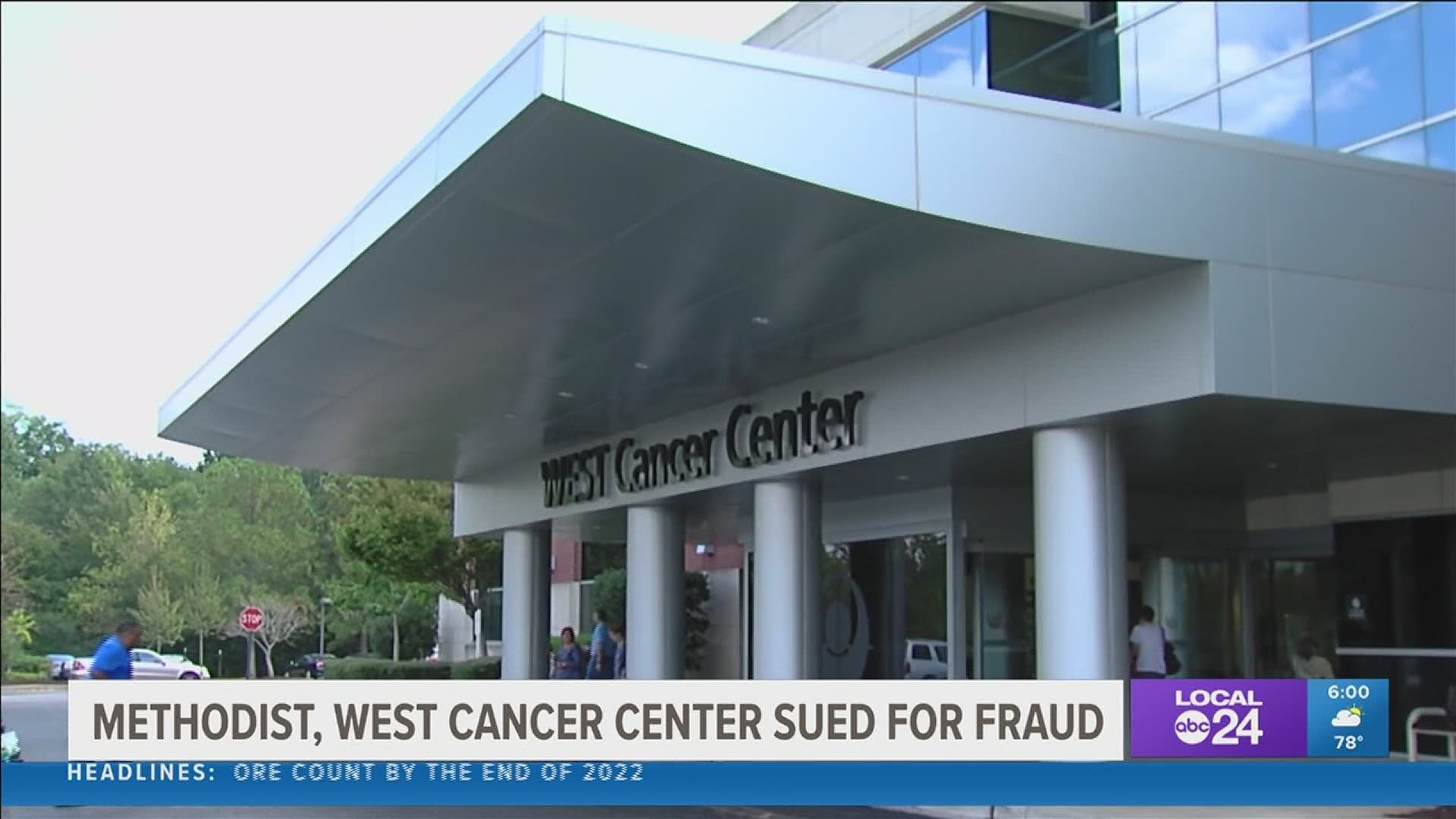 The lawsuit also alleges the hospital paid West $25 million to manage the business at the hospital's infusions center and paid off $7 million in West's debt, which included $3.5 million of personal debts, as a supposed "investment" in their for-profit research company.

Before the West "alliance" from 2008 to 2011, Methodist's average gross charges for outpatient services were $1.38 billion per year. After the "alliance," it jumped to $3.07 billion.

Methodist denies the claim. Tuesday, this statement was released to the Local I-Team:

"Methodist Le Bonheur Healthcare upholds the highest standards and complies with all legal and regulatory requirements. Our professional agreements with The West Clinic and its physicians provided needed medical services for cancer patients. Our payments for the services provided were appropriate. We cooperated fully in the government’s investigation of these allegations, and we are pleased the government has decided not to intervene in the lawsuit at this time. The lawsuit lacks merit, and we will continue to vigorously defend ourselves. Methodist remains focused on providing our patients with the highest quality medical care regardless of ability to pay, just as we have done for the past 100 years."

We are disappointed that these individuals have filed this lawsuit. West vigorously disagrees with the allegations in the complaint and looks forward to having the opportunity to prove them incorrect in a court of law.  Together Methodist and West increased  access to high quality cancer care in the Memphis area, decreased mortality rates among cancer patients, introduced new and innovative treatments not previously available in the Mid-South, and significantly increased funding for cancer research.  Since that time, West has continued to provide world class cancer treatment to patients close to home.

West was founded 40 years ago with the intent to provide integrative care with the most advanced treatment options for all patients, regardless of socioeconomic status. We will not allow the distraction of this unfortunate and wrongful lawsuit to impact our support and care for patients and their families who are managing the difficult challenges of cancer."

It is unclear if the U.S. Attorney's Office will join the lawsuit.

"We have not intervened in this matter and are continuing to evaluate it," said David Boling, public information officer for the U.S. District Attorney's Office in Nashville.

"If they are not interested they will outright decline it," said White. The fact that they are playing it like 'we are still watching'. It's usually a signal they aren't ready to intervene because once they intervene they have to move quickly on the case; the clock starts ticking. The penalties are steep. There are potential criminal sanctions involved...what makes this case really interesting is the case not only involves the health system and the hospital and cancer center its also brought against senior executives."

The lawsuit says executives estimated profits from the 340B drug discount program would be $15 million dollars a year.  In addition to Methodist and West , University of Tennessee Health Science Center was also supposed to get a piece of it.  UTHSC, where Stern was Vice Chancellor,  signed an agreement to receive 33% or $5 million, whichever was greater of the 340B money.  However, despite the profits going well above $15 million dollars. The lawsuit alleges UTHSC never received more than $5 million annually, West and Methodist split the tens of millions of dollars.

According to the complaint, Stern objected to the drug profit money to be used to increase physician incomes, instead he believed the money should be used to bolster programs.

The lawsuit says as the 340B profits grew between $70 to $100 million dollars a year, Stern  proposed to Methodist leaders CEO Gary Shorb, CFO Chris McLean and COO Michael Ugwueke and West Clinic CEO Eric Mounce all the 340B money should be put in one pot and distribute more to UTHSC for research, indigent care and the development of a NCI- designated cancer center in Memphis.  It says they refused to do this and directed Stern to silence his views.

In the complaint there are also claims that West built a $52 million new facility in the Germantown, TN to make more money buy moving away from the urban campus to the wealthiest suburb with higher reimbursement rates from more cancer patients with commercial insurance, Medicare, and Medicaid gap coverage. The lawsuit claims Shorb and McLean redirected significant investments in the cancer program to the Germantown market including new equipment, buildings, and the relocation of physicians away from the inner city.

Liebman also repeatedly questioned the legality of the payments to West physicians according to the lawsuit and questioned and objected to what occurring.  Eventually because of his and Sterns objections to the sharing of drug profits,  Shorb removed them from the inner circle of communications according to the suit.  Liebman resigned from Methodist in August 2017.  Sterns's opposition of Methodist business practices led to Methodist executives removing him from the board and his position as the Executive Dean and Vice Chancellor at the College of Medicine at UTHSC.

"These cases involving cancer patients raise concerns above any other cases," White said. "They are some of our most vulnerable patients and the fact that the allegations involve patients potentially not receiving the care that they should have because  the provider is making decisions based on their profits as opposed to needs raises a lot of flags for us."

Liebman filed the lawsuit within a few months of resigning. He now is CEO of a health system on the east coast. Stern continues to work in Memphis. He is now the head of an addiction medical practice and opened a Center of Addiction Medicine with Baptist Hospital.

The case is ongoing in federal court. Lead attorney for the plaintiff's Bryan Vroon is not commenting at this time.  Oct 30th is the next report date for the case.