“I was going down swinging” | Mid-South lawmakers describe the chaos at the U.S. Capitol

Congressman Steve Cohen and former Mississippi Congressman Gregg Harper were at the U.S. Capitol when the chaos broke out Wednesday. 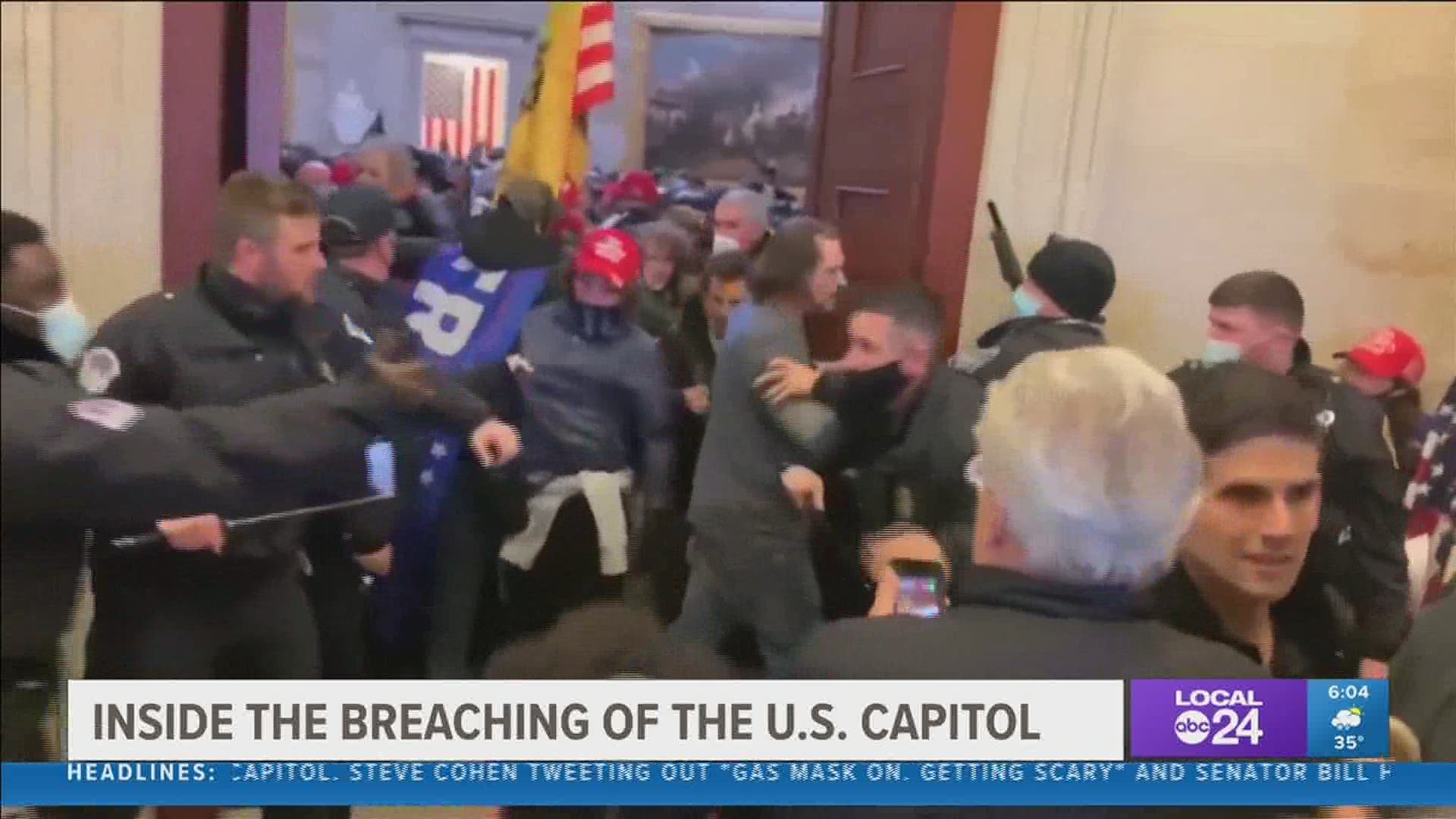 MEMPHIS, Tenn. — After a long 24 hours at the U.S. Capitol in Washington D.C., a lawmaker and a former lawmaker gave Local 24 News a firsthand account of what was happening as intruders barged into the building.

Congressman Steve Cohen and former Mississippi Congressman Gregg Harper had to be rushed to a secure location, and both said it was obvious Capitol Police were not prepared.

Cohen didn't mince words when it comes to how he feels about what happened Wednesday at the Capitol, and President Donald Trump.

Cohen said at first, he had no idea what was happening outside the Capitol until people came rushing inside.

"We heard pounding on the doors. We knew there were problems. They told us to put our gas masks on and then we were told to evacuate," said Cohen. "I got to my office and I double locked my doors, and I got a baseball bat out, and I sat there watching television. And if some came in, I was going down swinging."

Trump wanted to put on a show of horror and violence to distract from his #ElectoralCollege defeat so he could perch on his bed with McDonalds and enjoy the show. Meanwhile, the Capitol's sacked, people die, and thousands perish every day of the plague he never tried containing. pic.twitter.com/jo8a11pQhd

"It was pretty intense because nobody knew what was going on," said Gregg Harper, former U.S. Congressman.

The Republican from Mississippi had gone to Washington D.C. to watch the Electoral College certification. He was sitting in the gallery when the chaos broke out.

"It was an intense moment. The Capitol Police were obviously outmanned, which is hard to believe. The ones that had control of the members did a really outstanding job of getting us out - but overall, they were not prepared for this type of an event," said Harper.

Cohen called what happened domestic terrorism. He fears what could happen during Trump’s last days in office.

"The country is in grave danger in the next two weeks because we've got a mentality deranged individual running America and in charge of military and the nuclear bomb," said Cohen.