Police are investigating if the suspect is connected to cases in Alabama. 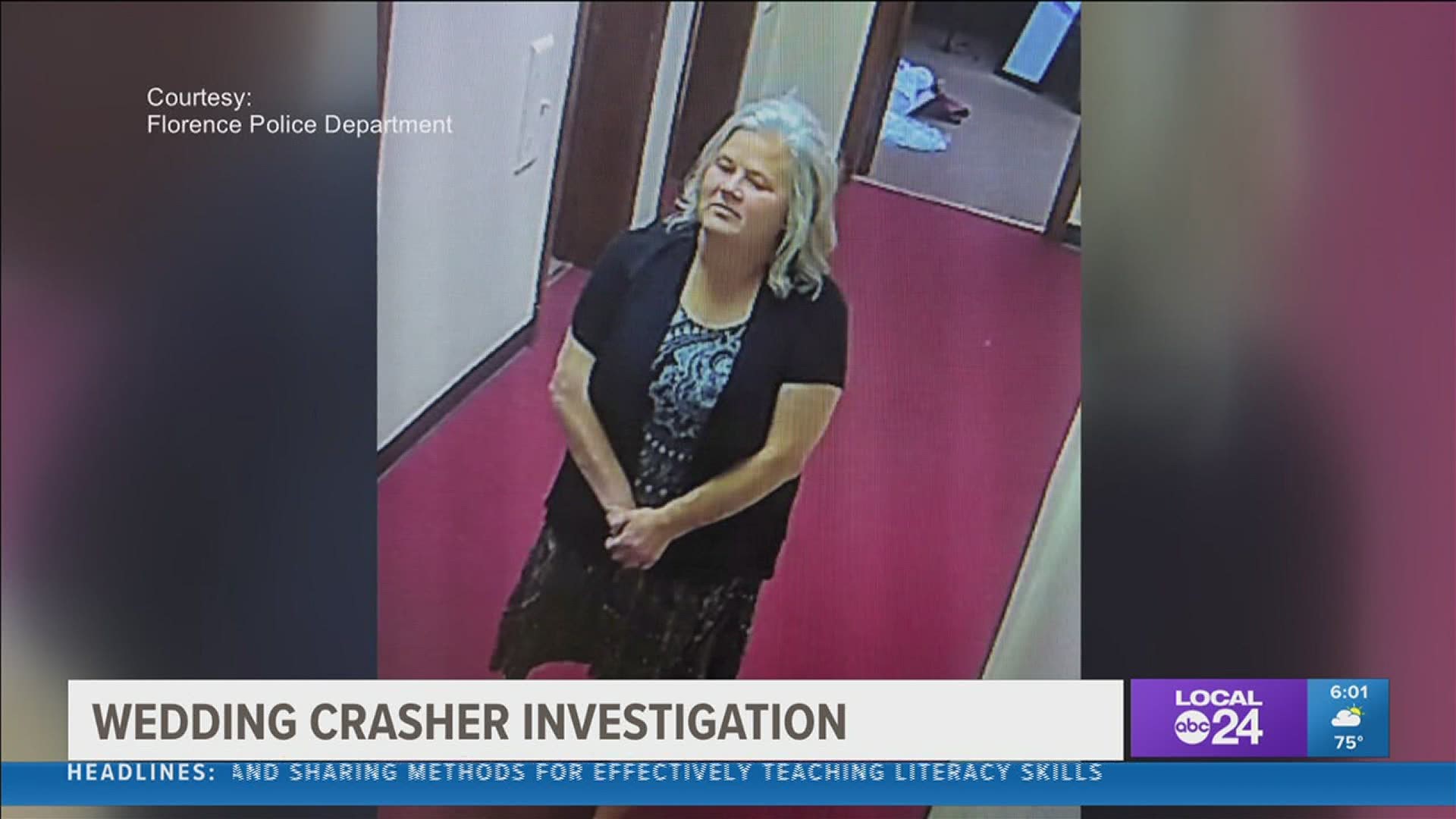 MEMPHIS, Tenn. — UPDATE 4/7/2021 - Police tell the Local 24 I-Team that Henson was arrested Wednesday in Alcorn County, Mississippi. We are told she was then released due to a medical emergency and an ambulance was called.

4/6/2021 - If you are getting married, watch out. Police are investigating if a woman known as the "wedding crasher" is back at it stealing money and gifts.

In 2019 Sandra Henson, was charged in Florence, Alabama, for stealing cash, checks, and gift cards from two weddings.

At the time, police said had received calls from a dozen people claiming Henson had also stolen from them during their weddings.

Mid-South women now say they believe the same woman is responsible for thefts at their recent weddings.

Police investigators in Florence told Local 24 News they are getting a flurry of calls from brides from the Memphis area and North Mississippi who claim the woman known as the wedding crasher stole from them.

RELATED: Memphis Police Investigating After $20,000 Worth Of Guns Stolen In Burglary

"As soon as I saw a picture of her with her mask on, I got sick to my stomach. I got the chills and instantly knew it was her," said Brittney Rivera.

Rivera got married last November in Collierville. She said the woman known as the "wedding crasher" crashed her wedding.

"This woman was wearing a mask and I looked dead at her and I said who are you ? Why are you here? And who do you know at this wedding? She just smiled at me and waived," said Rivera.

Rivera saw a picture of Henson posted as a warning to brides. Madison Sacharcyck put it on social media. Sacharcyck got married at a Marshall County wedding venue late last month and told Local 24 News she believes the woman who came to her wedding is Henson. The Marshall County Sheriffs Office is investigating.

Henson first made the news in 2019, after being charged in Florence, Alabama. Police said surveillance tape caught her stealing - taking cash, checks, and gift cards. Florence Police said it's believed she has stolen from weddings in several Mid-South states, but most of the people who claim they are victims are from Mississippi, Alabama, and Tennessee.

"While we were doing the ceremony, they have video of her going in and out of every door. And she went into the bridesmaids' dressing room and that's where she cleaned them out  - her purse," said Drew Rush, theft victim.

Rush said on his wedding day, Henson crashed his Jackson, Tennessee, wedding and stole cash from this wife and bridesmaids. Rush said Henson was criminally charged in that case .

"She apologized to the judge and she paid us back all the money - and promptly went and did it again," said Rush, "It's just horrible. It is supposed to be your happiest day and then it's taken away from you because of her mental illness or greed."