MLGW said its not responsible and won't pay for damage. 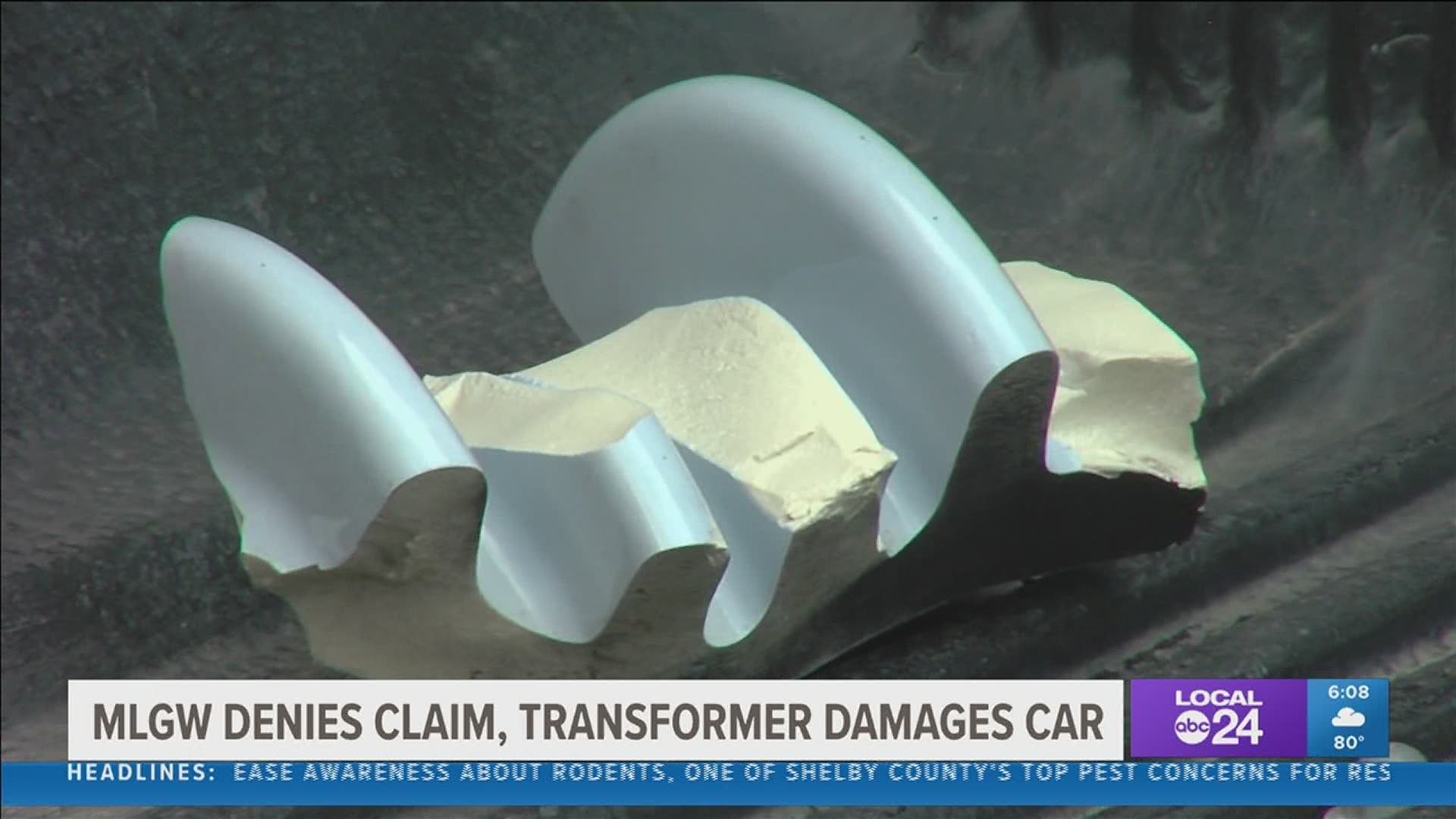 MEMPHIS, Tenn. — What does it take for MLGW to admit it's at fault? That is what one Mid-South woman and her family wants to know.

The woman said a transformer blew, sending pieces flying into the air. One chunk came crashing down on her car. Despite witnesses, a damaged windshield, and an actual piece of the transformer as evidence, MLGW said it is not responsible.

The woman didn't want to go on camera, so her husband is speaking on her behalf.  Michael Todd Highfill said MLGW should do what is right.

"This is a very obvious claim," said Highfill.

Highfill is upset. He still has a piece of what's left of the transformer that blew near his wife car, while she was at work.

"That transformer exploded pretty hard. People inside the building heard it and came outside and witnesses saw it explode and saw the piece," he said.

In a letter MLGW said there was no basis for a woman’s claim after she said part of a transformer hit her car and smashed her windshield. pic.twitter.com/EkIwL3fpSo

"I think they just deny these claims and make people fight it out and they don't expect people to fight it out," said Highfill.

The cost to repair the windshield was just $350. Highfill said it is not about the cost of the repair, it is about MLGW doing what is right.

"This equipment belongs to MLGW. They are the ones that put it in and maintain it. Their piece of equipment failed and caused damage to my wife's vehicle," he said.

Highfill said he plans to challenge MLGW's decision and will file a lawsuit it needed.

Highfill said weeks after the first explosion, the same transformer blew a second time. There was no damage to the car in that incident.

We have emailed MLGW about the incident and are waiting on an explanation or statement.

Consumer attorney Kevin Snider does not represent Highfill but said while this may seem clear and simple, proving MLGW is liable can be tricky. It boils down to what caused the transformer to blow up? And did MLGW do anything wrong?

Snider compared it to a tree falling on your neighbors house.

"If your tree falls on your neighbors house, you are not automatically responsible. Your neighbor would still have to prove you did something wrong," said Snider.

That being said Snider added, "You would think from a public relations standpoint, they would step up and do the right thing - because clearly this lady did nothing wrong and it's always unfortunate when the law doesn't protect people when they are victims of something when they haven't done anything wrong."

We will update this story when MLGW responds.