MLGW President says TVA power is very reliable, and the recent winter storm highlighted the importance of that factor. 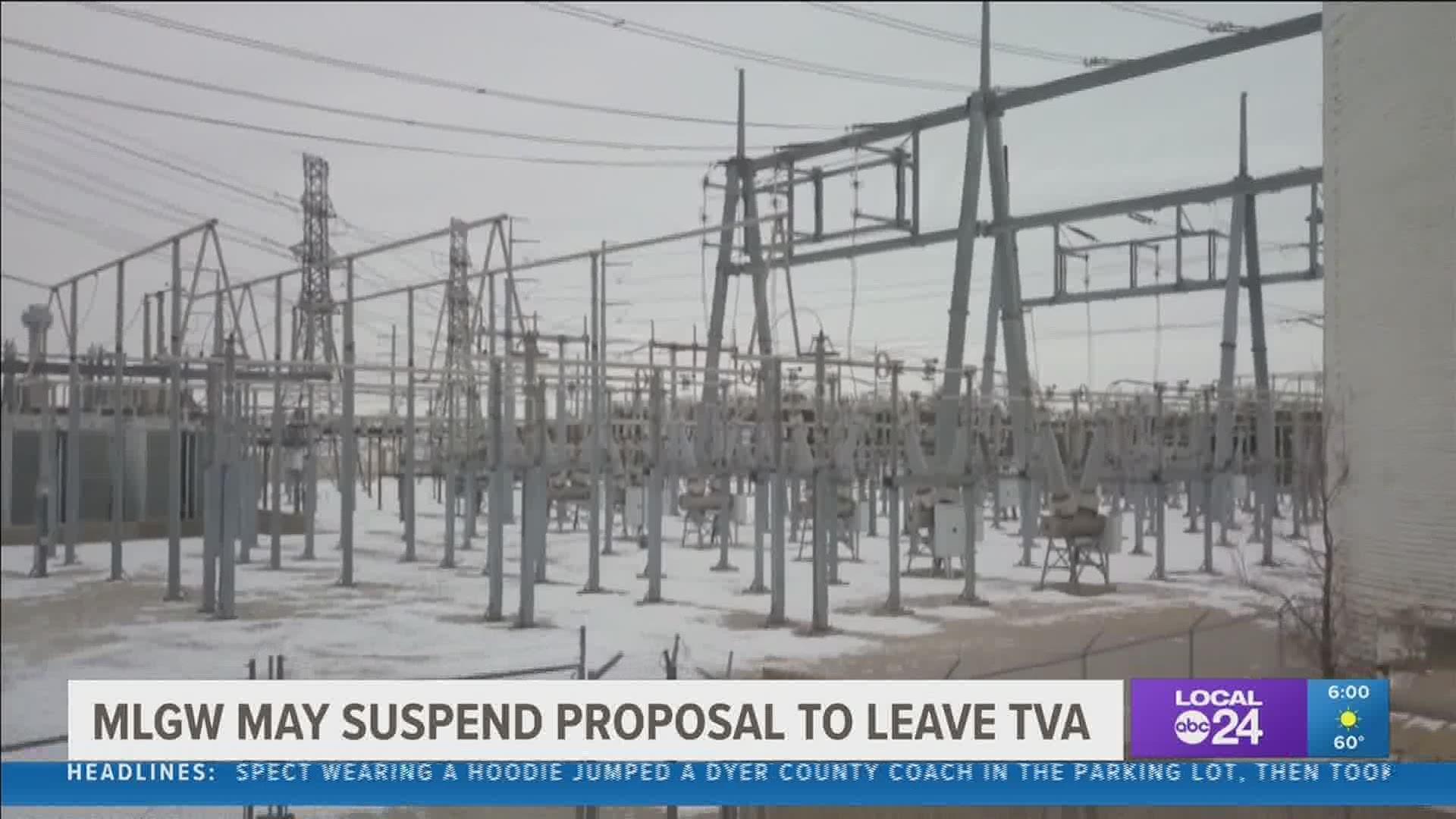 MEMPHIS, Tenn. — MLGW may not be parting with the TVA after all.

For the past two years, MLGW had been analyzing if leaving the Tennessee Valley Authority for other power sources is a good idea. But Wednesday, its president suggested the board has "indefinitely suspended" the idea.

He points to recent problems in other parts of the country with rolling blackouts, transmission problems, and price spikes during the recent winter storm as part of the reason for his suggestion.

The Tennessee Valley Authority has been MLGW's electric supplier for more than 80 years.

At the MLGW office on Summer Avenue, people paying their bills had plenty to say when it comes to MLGW and the TVA. Almost everyone told Local 24 News the city utility company should stick with the TVA and not switch providers.

"I think we should just let it stay as it is," said Valerie Smith.

"We've been with them so long," said Gene Brown.

"I don't want to see Memphis or Tennessee be in a situation like down in Texas. So I think it's better for us to stay with the TVA. That's basically how I feel about it," said Bennie Irvin.

Extended Payment Plans are available to all #MLGW customers until 3/31. These plans require 25% up front, and then the remaining balance is set up for up to 12 months. Call 544-6549 or email MLGWcustomercare@mlgw.org (allow 48 hours for a response). #ServingYouIsWhatWeDo pic.twitter.com/SQPFR2wlgC

"I think at the end of the day, our customers have certain expectations when it comes to power supply," said MLGW President JT Young.

Young told Local 24 News the recent power problems seen in other parts of the country did bring to light that electricity should not be looked at as a commodity, but instead a necessity.

"It just reinforced the fact that there are a number of risks associated with this type of decision," said Young.

While switching power sources has the potential to save customers money, Young said MLGW offers a competitive rate and TVA power is reliable.

RELATED: It looks as though MLGW will never make up their minds

"Going through this pandemic has shown that folks are much more reliant on the things that power brings to the table - whether it's leveraging their devices to be able to work from home to children learning remotely. Electricity is crucial," said Young.

If the board agrees, Young said he would work on negotiating with the TVA better contract terms and work on speeding up completion of the utility company's five year - $1 billion infrastructure plan.

"It does not mean we never would look again or consider - it's just the recommendation I put forward at this time so we can use some wisdom here around delivering value to our customers."

Young didn't call for an immediate decision on this. The board plans to consider and discuss it again next month.