It's called a "business continuity grant" and is meant to offer a lifeline to small locally-owned business suffering because of the pandemic. 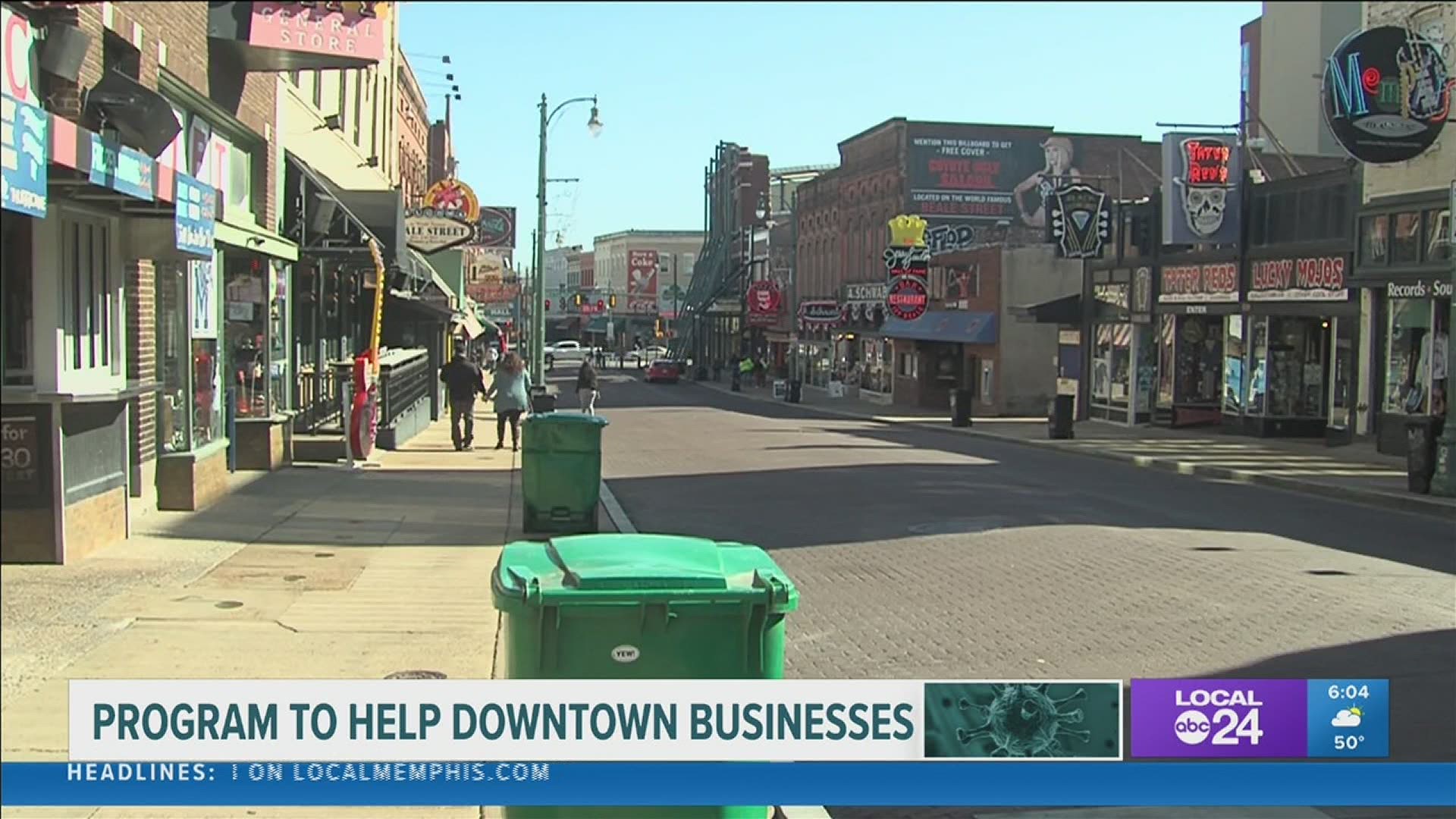 It's called a "business continuity grant" and the grant is meant to offer a lifeline to small locally-owned business suffering because of the pandemic.

Drive around downtown and it's hard to miss construction projects are going up, downtown real estate is still strong, but other business - mostly those in the retail, restaurants, hospitality, and tourism industry - aren't doing so well.

"I'm sitting here between two hotels and both hotels have had to close at some point during this time," said Tawanda Pirtle.

Pirtle opened a store called "Feeling Memphis" on South Main last fall. While her shop has been doing okay, she feels for other downtown businesses suffering.

"This has been a long stretch for the pandemic for us," said Pirtle.

According to the Downtown Memphis Commission, their latest survey of business found, right now, they are seeing the highest level of reported temporary and permanent closings.

That includes several Beale Street businesses. Tater Reds, a staple on Beale Street for more than 30 years, closed its doors - at least for now.

"He has a plan for reopening, but you know like everything these days, it's day to day," said Ray Brown with the Downtown Memphis Commission.

Brown said the new business continuity grant program will hopefully help keep downtown businesses open. He said with so many people working from home and not being downtown, foot traffic has slowed for businesses.

The lack of tourists adds to the problem.

Brown said the grant money available to business is capped at $2500 and can be used for anything from operational expenses, like rent or utilities, to salaries, to buying merchandise.

It's not a lot of money but Brown said it is meant to be a stopgap measure - a lifeline to help downtown businesses while they figure out what they need to do next to keep the lights on.

"What we are looking at is those businesses that have the greatest chance to succeed and thrive if they get this kind of grant. The goal is to keep them open ," said Brown.

"It's affected everybody and their entire life," said Pirtle.

In addition to this downtown retail store, Pirtle owns Jack Pirtle's chicken. She has had to close two stores due to the pandemic.

Whether its downtown or in any part of town, Pirtle said right now, businesses owners are just trying to survive.