The project is almost 100 apartment units across from campus. 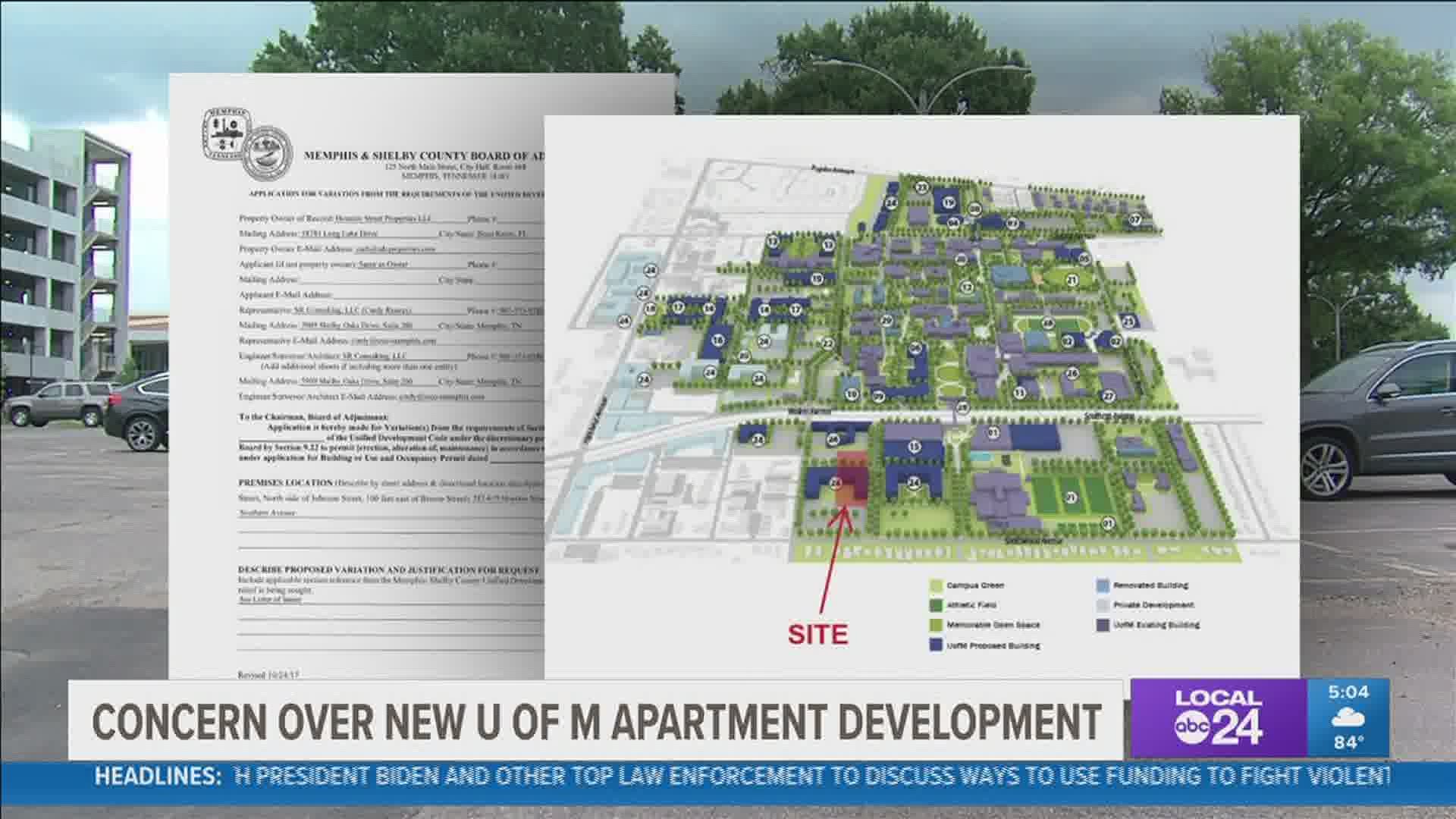 MEMPHIS, Tenn. — People who live near the University of Memphis are upset about plans to tear down a row of homes and build a 100-unit apartment complex near the campus.

Residents in the Normal Station Neighborhood say the apartments will cause more traffic and congestion in the area. They say this is just the latest project that is changing character of the neighborhood and their quality of life.

"I'm a big supporter of the university and its need to grow but it's taking the neighborhood away," said Melissa Galloway, resident.

Galloway, a longtime Normal Station resident has concerns about the project.

A developer plans to tear down almost all the homes on the block and is asking for building variances in order to build 92 apartments units.

Galloway said more people means more traffic which she says is already a problem in the neighborhood.

Galloway said it's just the latest project of concern in Normal Station. Pre-pandemic, Tiger Estates, another student housing development opened up creating more density in the neighborhood. And another project on Carnes is under construction.

Hobson says that six towering residence buildings will back up to her yard. This concerns her about what is being built in her backyard and the neighborhood.

"I don't know how we can stop it. I think it's changing the character of the neighborhood," said Hobson.

Saunders says those single homes are being gobbled up to create higher density projects, or lots are being split to put two houses where one once stood. Saunders added while many students live in the neighborhood near campus, latest census figures show the majority of residents are not students.

RELATED: Memphis Land Use Control Board approves plans for $100 million U of M area development

Local 24 News reached out to the developer in Florida and his local representative here in Memphis for comment, so far, we have heard nothing.

According to the project documents, the developer points out saying that the apartment building is in line with the university's master plan for this area to create additional student housing.

That said, Saunders said recently other more affluent neighborhoods near campus have been able to challenge projects and won but at the moment she said the Normal Station Neighborhood Association doesn't have the money to hire lawyers, so residents are having to try and fend this project off on their own.

The project goes before the board of adjustments for approval July 28.