"If your emotions are out of control as a police officer, the situation is going to continue to get escalated," said Linda Webb, founder of "RITE Academy." 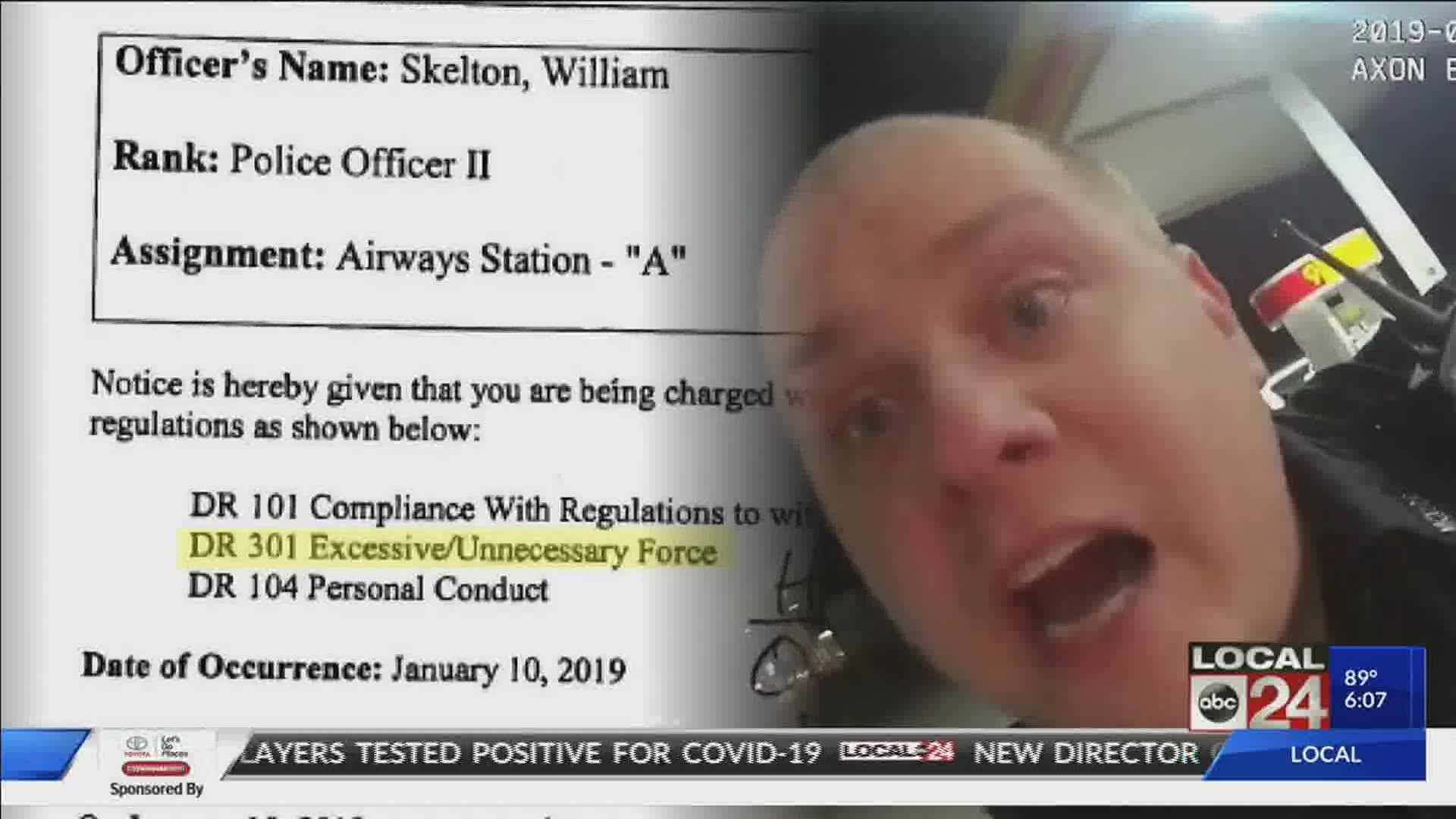 MEMPHIS, Tenn. — Out of control. That’s how a police trainer describes a Memphis Police officer’s behavior on a call that ended with a man pepper sprayed multiple times while handcuffed in the back of a squad car.

The Local I-Team first showed you the body camera footage of the incident Tuesday. The officer was departmentally charged with using excessive force.

Now, the founder of a police training program said the entire incident could have been avoided.

This incident happened in January 2019, but we just received the video this month. The officer resigned earlier this year before his disciplinary hearing.

"If your emotions are out of control as a police officer, the situation is going to continue to get escalated," said Linda Webb, founder of "RITE Academy."

RITE Academy stands for Racial Intelligence Training and Engagement. In the training program, officers are taught how to recognize their personal bias, so it doesn't come into play while interacting with the public.

Webb reviewed the video of Officer William Skelton arresting Drew Thomas at the Shell in the 2400 of Airways. The clerk called police because Thomas had knocked down shelves and displays in the store. Skelton was familiar with Thomas, because he was banned from the gas station after previous incidents.

"When he pulled up he was already frustrated. He had already dealt with this suspect before, so he is already prejudging the outcome before he even put hands on him," said Webb.

On the recording, you hear Officer Skelton repeatedly use profanity while talking to Thomas. At one point when Shelton is putting Thomas in the car, he said, “put your feet in. Eat my d*&^.”

"That kind of language is no longer acceptable in today's policing world. Everybody is a human being. In this situation he didn’t even treat him like a human being," said Webb.

According to the internal investigation report and the video, after Thomas kicked the inside of the squad car, Officer Skelton pepper sprayed Thomas four different times. Webb calls what happened here "block-out syndrome."

"Block-out syndrome is when you are in such a fit of rage and such anger that you are going to do whatever it is you want to do. It’s a very self-serving," said Webb.

"In this particular case, somebody else needed to step in. It’s their duty to intervene. They needed to step in and tap him out immediately. He should have been removed immediately from that situation. He was clearly out of control. Nobody tried to de-escalate that call. All they did was continue to escalate and that is a sign of when a call is out of control," said Webb.

On the tape, you hear Officer Skelton and the other officers trying to figure out how to characterize the call so Thomas would get more jail time.

"I am proud of Memphis police for taking appropriate action and getting this police officer off the street," said Webb.

RELATED: Police abuse does not happen all the time, but one time is too many

The officer that wrote the report and the lieutenant were both suspended for three days.

“I am disappointed the superior officer only got three days. In my opinion, everyone in that situation wasn’t doing the right thing," said Webb.

Webb has taught RITE Training to more than 500 departments, and since the training, not a single one has had an unnecessary use of excessive force case.

Webb said the bottom line is, “Even suspects should be treated with dignity, empathy. We tell the leaders if you have bad officers, you have toxic employees - get rid of them. Do something about it.”