Postal delivery delays are deeper than you think

Union says 5 sorting machines were removed from the Memphis location. 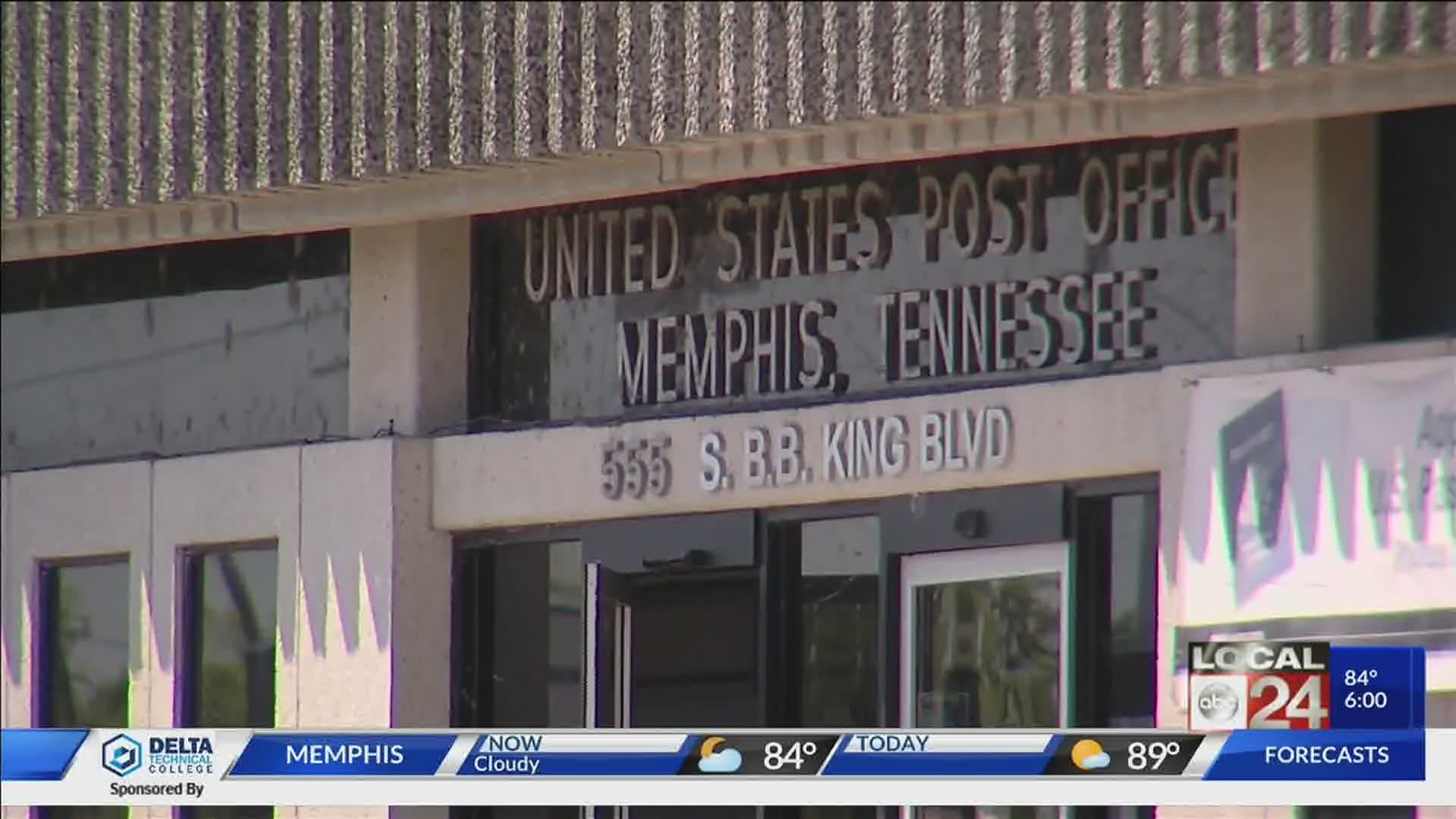 MEMPHIS, Tenn. — The United States Postal Service announced today it would suspend changes like removing equipment and collection boxes until after the November election. Many believe the changes are causing a slow down of mail service, including here in Memphis.

The announcement from the Postmaster General came after 20 states announced plans to file federal lawsuits.

Representative Steve Cohen stood outside the downtown Memphis Post Office with union leaders representing postal employees to explain what they say is going on. Across the country, there have been reports of sorting machines and mail collection boxes being removed.

During the news conference, union representatives said that 5 out of 24 sorting machines have been removed from the Memphis area, along with one flat sorting machine, reducing the amount of mail that can be processed every day.

"Obviously we would like to see the postal service not be taking out equipment that is going to delay the mail," said John Walker/President NALCMB #27.

The union representatives said the equipment was taken down in Memphis during the last 30 days and it has slowed delivery.

"They haven't reallocated those machines or sent them to another facility a lot of times they are putting them in the basement or using them for parts," said John Macon, President NPHU #329

" Mail is not being delivered. It is an intentional act to subvert and cause the president to have a reason to claim that the election wasn't right. He knows he can't win at the ballot box ," said Cohen.

Live from #Memphis discussing the ongoing cutbacks and mismanagement at the #USPS and legislation aimed at preventing voters from being disenfranchised when casting mail-in ballots later this year. #DontMessWithUSPS https://t.co/FL2w3DF7u4

Cohen believes the slow down is politically motivated. He said slowing up the mail will slow the return of what is expected to be a record number of voter's mail-in ballots.

Cohen plans to return to Washington to vote for the "Delivering for America" act which would return the Postal Service to pre-pandemic levels and require the sorting machines and collection boxes be set back up.

"To come in and reduce machinery and staffing in the midst of a pandemic is a bad decision," said Melvin Richardson, President APWU #96

A statement from the Postmaster General said, "To avoid even the appearance of any impact of election mail, he suspending the changes until after the election. Of course, many wonder what will happen to the equipment that has already been removed?