Don't take my land! | Property owners are fighting back against Byhalia Pipeline to keep their land

A lawsuit filed against the property owners seeks to take a portion of their land for easements to construct the pipeline. 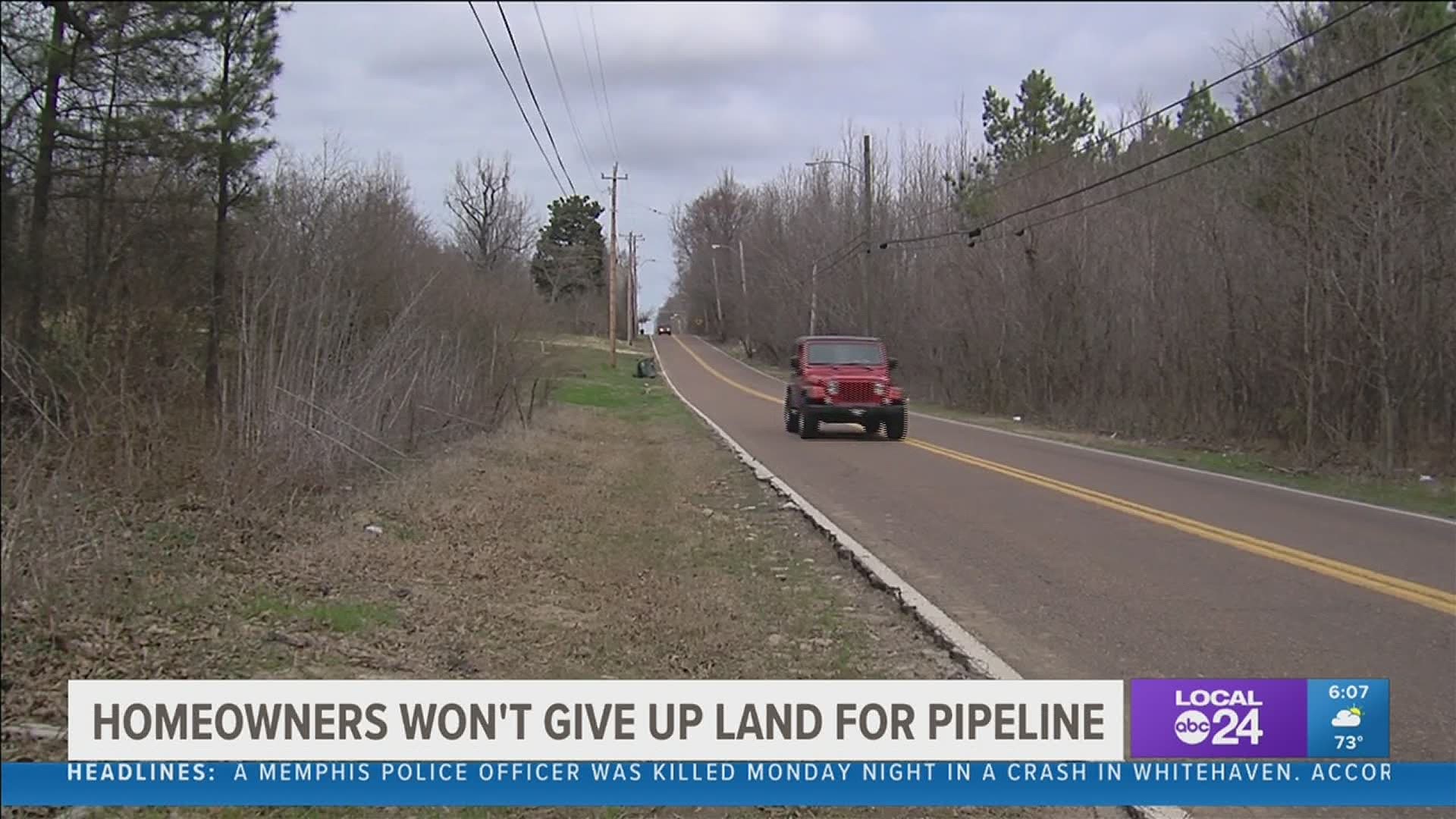 Don't take my land! That is what about a dozen property owners in South Memphis are saying to the Byhalia Pipeline company.

The company wants to build a pipeline from the Valero plant in downtown Memphis, through parts of the predominately Black neighborhoods of Boxtown, Westwood, and Whitehaven, and then into Mississippi.

"It is insulting. It is offensive and it's wrong," said property owner Scottie Fitzgerald.

Fitzgerald is talking about the lawsuit Byhalia Pipeline LLC filed against her and other property owners who have refused to sell portions of their land so a crude oil pipeline can be built.

"I didn't know they could come from Texas - White Plains, Texas - and just decide I want your property and I am going to take it and I'm going sue you for it. I didn't know you could sue people for their own property."

"She worked hard and she sacrificed a lot, and so now they just want to shove me around," said Fitzgerald.

"She doesn't want - under any circumstance, at any price - to have a crude oil transportation conglomerate come and dig up her property and put a pipeline forever in her land," said Scott Crosby, Fitzgerald's lawyer.

RELATED: From Jane Fonda to Danny Glover, celebrities are speaking out against a pipeline planned for the Mid-South

RELATED: Opinion | We can now better appreciate what we have – great water and great people | Otis Sanford

Lawyer Scott Crosby represents Fitzgerald and several other landowners. Crosby said in 2006, Tennessee law changed, narrowing the scope of when property can be taken against a person's will. Crosby said in this situation, Byhalia pipeline wants what's called a permanent easement.

"You will always have a pipeline underneath your land, over which you can never build," said Crosby.

Property owners say having a pipeline on their property will decrease its value. And they fear broken pipelines or other environmental problems.

"This is individuals in Memphis saying I do not want something to happen to my property I love. No sale, at any price," said Crosby.

After construction is complete, our job is just beginning. We monitor the pipeline 24/7/365 and routinely walk along the route to inspect every inch of the right of way. https://t.co/8uKzCXwsIw pic.twitter.com/YgXvMYsuEH

Fighting an oil company may not be easy, but Fitzgerald is hopeful.

"Here is what I think - I think with God we can do anything," said Fitzgerald.

This is a statement from the company building the pipeline:

"We’re committed to treating our neighbors with care and consideration. Our offers to acquire easements to construct the pipeline are above market value and landowners retain ownership of their land. Our agreement allows us to construct the pipeline and conduct occasional maintenance. Of the individual parcels of property the project crosses in Shelby County, 62 of 67 are vacant lots and do not have residential structures. Although it has been necessary to initiate eminent domain proceedings in select situations, none of the eminent domain proceedings involve properties with residential structures, and we are still working to find mutually beneficial agreements with all remaining landowners." - Katie Martin, Communications Manager, Plains All American

Sunday the Memphis Community Against The Pipeline is holding the rally. Former Vice President Al Gore is expected to attend. It is at 3:00 p.m. at Mitchell High School.