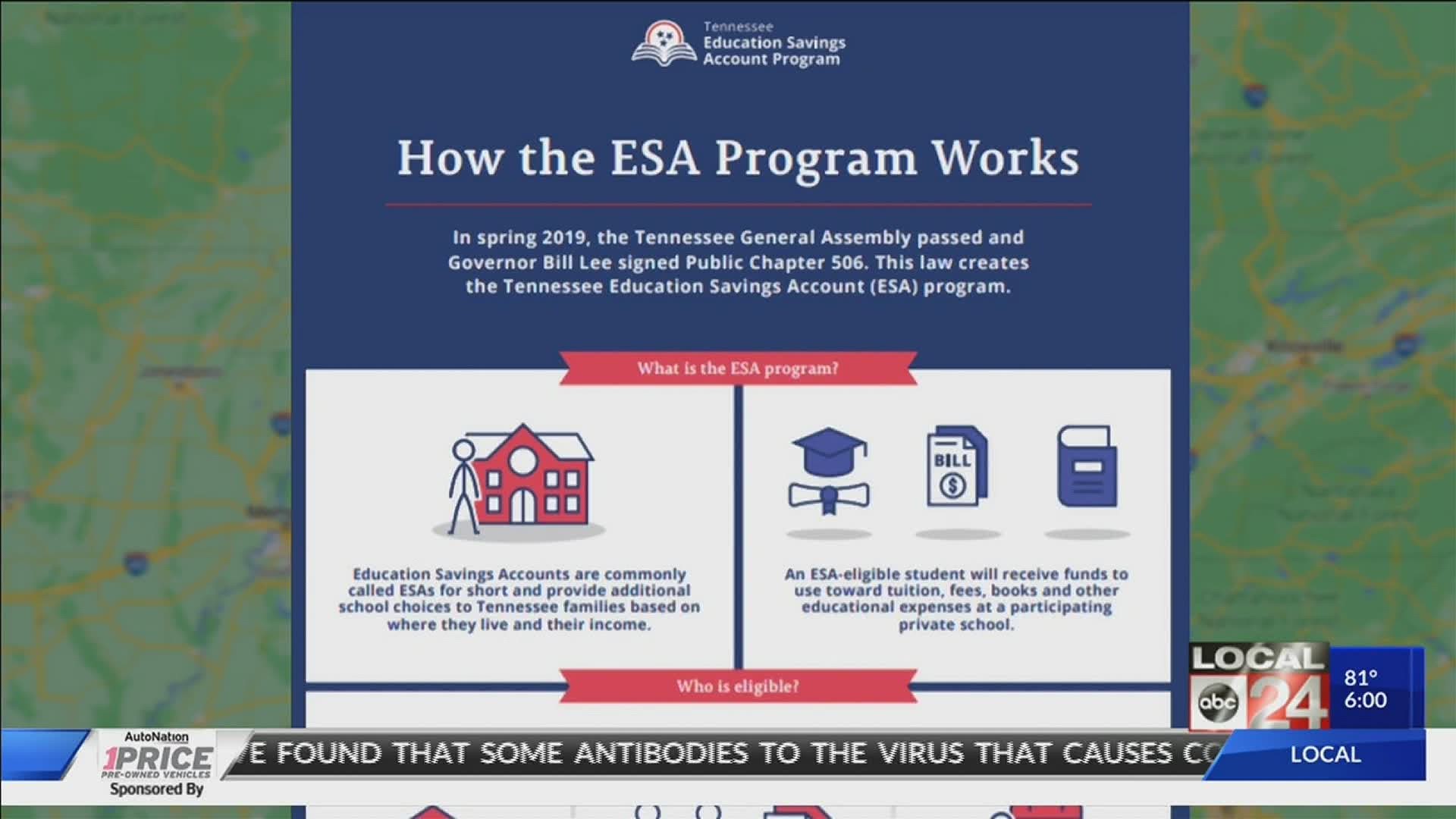 The law would allow students in poor performing schools in Memphis and Metro Nashville to go to private schools and pay for it, in part, with state funds.

Tuesday, the court of appeals ruled that plan is unconstitutional.

"It's unconstitutional. You cannot impose a law on certain counties without imposing that same law on other counties in Tennessee," said Stephanie Love, Shelby County School Board Member.

In 2019, lawmakers signed off on a pilot program that would have allowed low to middle income students in poor performing schools in Memphis and Nashville to take state education funds and use the money to go to private school. The judges ruled against the school voucher law because it applies only to Memphis and Nashville and was not a statewide program.

"If it's so good for Shelby County and Davidson County, it should be good for everyone," said Love.

"The reason it applies to Memphis and Nashville is they have the worst performing schools, and the law is structured so that those districts that having failing schools have other options," said Justin Owen, Beacon Center of TN president.

The fight for school choice in Tennessee isn’t over. https://t.co/0R3gdlau82

Owen and the Beacon Center of Tennessee represent families who want to use education savings accounts.

"This case shouldn't be about money. It should be about what is best for children," said Owen.

RELATED: We all want our children to go to good schools, but vouchers are not the answer

"We will continue to champion equitable funding for children and our community," said Ray.

Owen said while he is disappointed with the appeals court ruling, he is not surprised.

"We believe once we get to the supreme court, this issue will be addressed and the outcome will be different. We are very optimistic that we will win at the state supreme court."