Assessor plans to ask the Shelby County Commission to change reappraisals to every two years, versus every four. 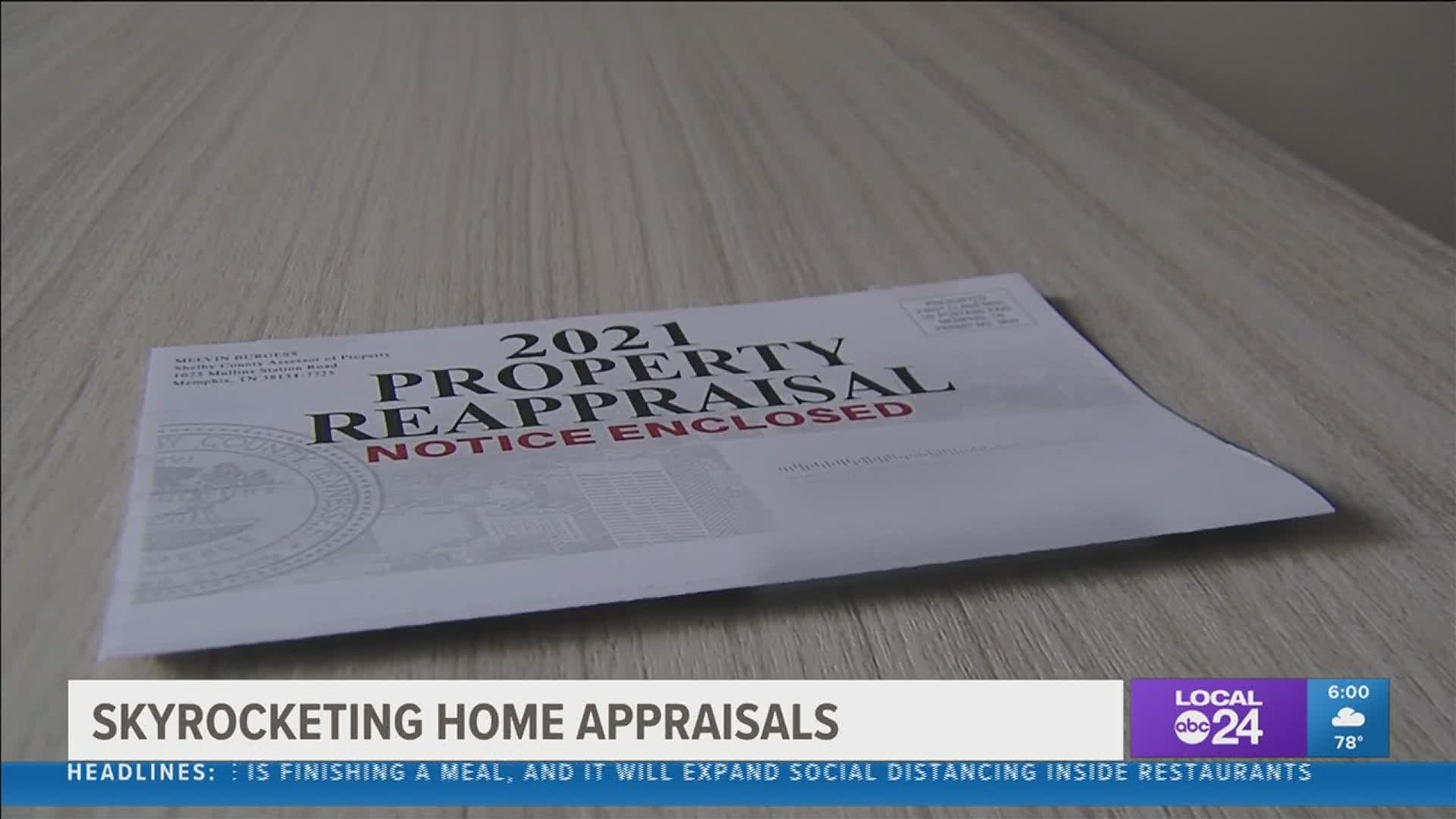 When people are going to their mailbox, many are finding appraisals have gone up tens of thousands of dollars, and they fear that will turn into a large tax increase.

"When we opened it up it was a full 27%," said Dale Franklin, a Bartlett homeowner.

Franklin couldn't believe how much his Shelby County appraisal went up. His Bartlett home was appraised at $191,500. His new county appraisal $267,000.

"Really, if I could sell my house for what they appraised it for, I would sell it in a heartbeat," said Franklin.

In January, the Shelby County assessor office estimated property values in Bartlett would go up 25%. It estimated Arlington would rise 29%, Collierville 17%, and Germantown 15%.

The final appraisals in some of those neighborhoods went up even more than that.

"What we are seeing is in the outlying areas is where we are seeing the largest jump - in Collierville, Arlington, Lakeland, and Germantown," said Javier Bailey, Chief Administrator

The Shelby County assessor's office said it was anticipated the city of Memphis would see a 17% increase, but some neighborhoods are much higher than that. For example, some homeowners near the University of Memphis have seen appraisals go up more than 30%.

RELATED: US manufacturing activity jumps to 3-year high in February

Places like Raleigh and Frayser are also going up.

"The reasons for the increases in those areas is primarily because of the large number of out-of-town investors that are picking up those properties, and they are paying exorbitant prices for them," said Bailey.

Bailey said the increase is the result of several things:

Together Bailey said it has caused prices to rise.

Bailey said state law prevents counties from cashing in during reappraisal years, so the county commission would have to lower the certified tax rate.

"They are going to be required to lower that tax rate to such that there is not a windfall of revenue coming into the county," said  Bailey.

Wednesday, the assessor plans to go before the county commission asking that reappraisals be changed to occurring every two years, so homeowners don't end up with huge price hikes.

"In cities like Houston, Dallas, LA, and Chicago, they reappraise every year, so you get an accurate reflect of what the market is doing."