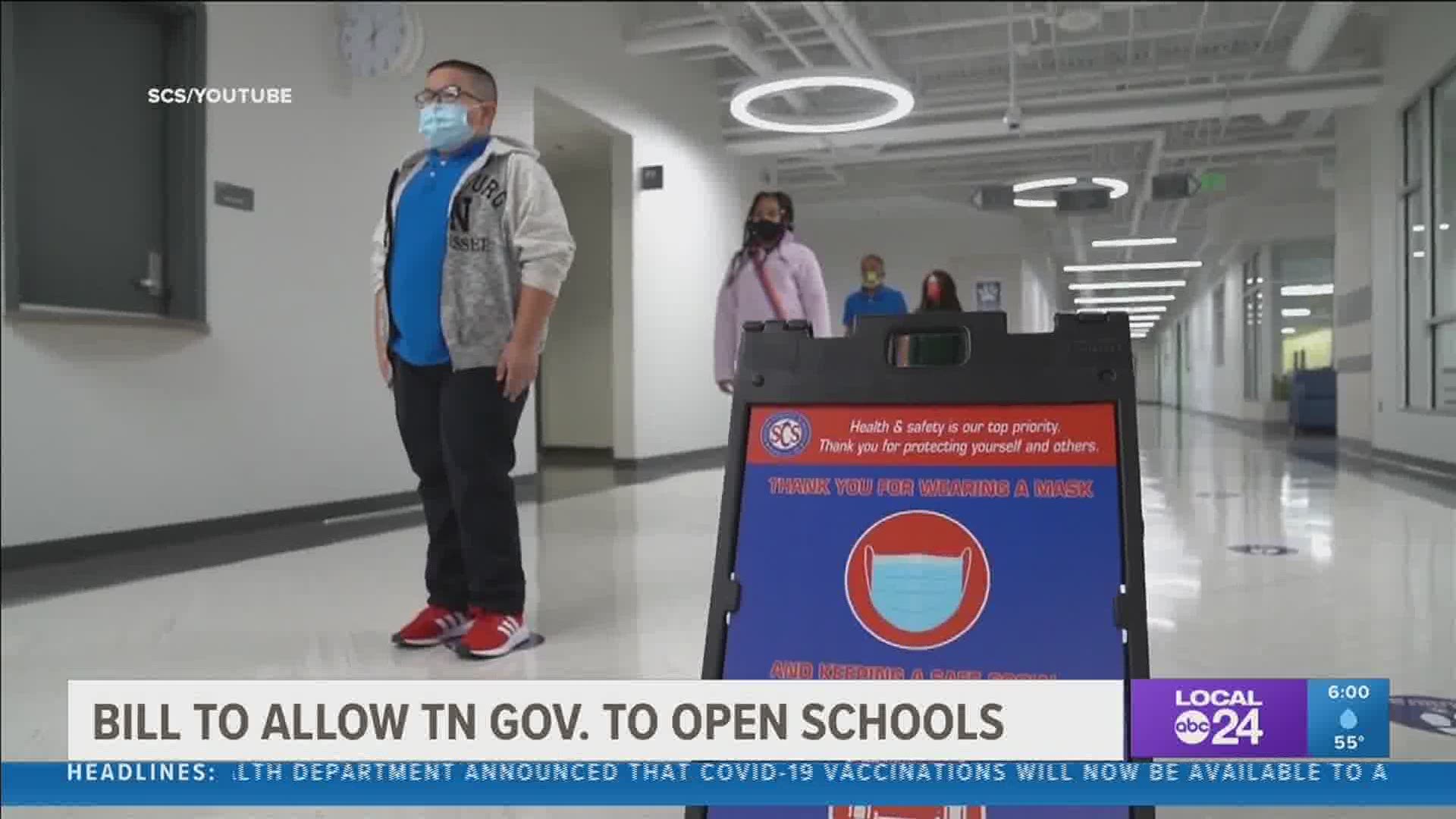 MEMPHIS, Tenn. — Next week, Tennessee lawmakers are considering a bill that would give Governor Bill Lee the power to order schools be reopen for in-person learning.

"My message to Shelby County Schools is please listen to the parents. For those who are not comfortable, that's perfectly fine. But for those that want to come back, we have to give them that opportunity," said the Tennessee Republican.

Kelsey said there is no reason why Shelby County Schools can't reopen.

I was honored to present the Tennessee Learning Loss Remediation and Student Acceleration Act to the Senate for @GovBillLee during the education special session this month.https://t.co/r1xooWHxn2

Kelsey is sponsoring Senate Bill 103. If passed, it would do two things during an emergency. First, it would give local school boards the sole authority to open or close a school to in-person learning.

The second thing it would do is allow the governor to issue a statewide order that orders all schools be open for in-person learning, which would supersede local decisions.

RELATED: Why a Vanderbilt researcher says schools can reopen even without vaccinations

RELATED: Can schools safely reopen without teachers being vaccinated?

Some say if passed, it's the hammer that could drop on Shelby County Schools, forcing them to open back up.

"Right now, our students in Shelby County are getting left behind and that's not fair to them. We have seen large urban school districts open, including right here in Tennessee. We need SCS get on board and just like Nashville did," said Kelsey.

Parkinson said this would be just another example of the state trying to overstep its bounds. He said opening schools should be a local decision.

"Everybody wants to open the schools back up. The issue is how do we do it safely," said Parkinson.

Parkinson doesn't know if Governor Bill Lee would order all schools open if the bill became law, but he said the bottom line, "At the end of the day, neither the superintendent nor a state legislator nor the governor can make a parent put their children it an environment they feel is unsafe for their child," said Parkinson.

The bill will be discussed next Wednesday in the senate education committee.