"We coddled conspiracy theorists, the racists, and the crazies," said one lawmaker. 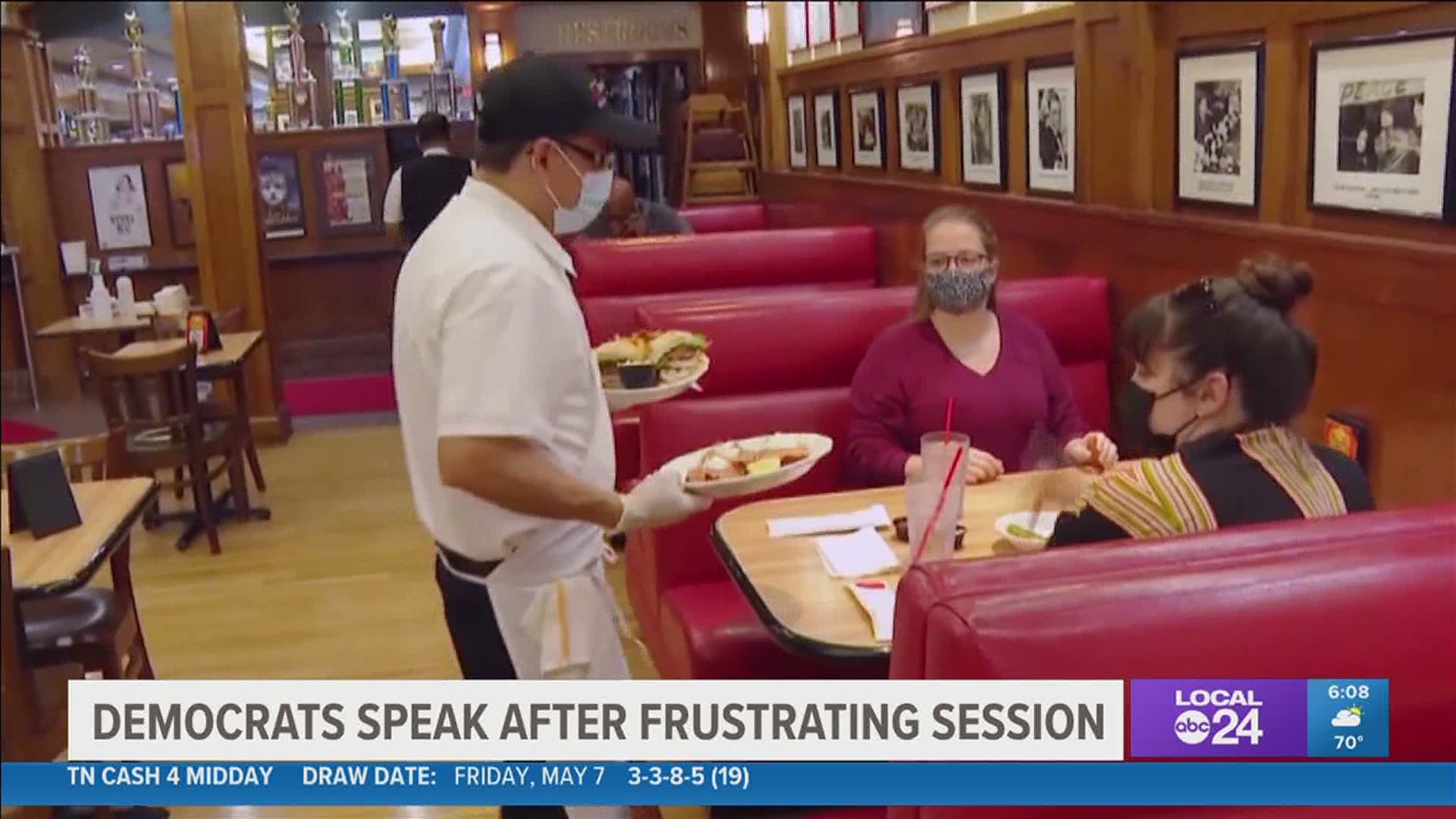 MEMPHIS, Tenn. — Democrat lawmakers in Tennessee said Friday they have big concerns with some of the legislation that was passed and the direction the state is going.

The General Assembly adjourned this week, but not before passing some final controversial legislation.

If you didn't watch the Tennessee General Assembly in action, Democratic Tennessee State Senator Jeff Yarbro summed the 2021 session up this way: "this year we coddled the conspiracy theorists, the racists, and the crazies."

Laws passed this year include allowing people to carry handguns without background checks or training.

“Huge step in the wrong direction.”

"There were a lot of things we did that were just so terrifying to so many people in this state and it was so unnecessary," said State Senator Raumesh Akbari, (D) Memphis.

"We have all these states around us that are legalizing marijuana in some capacity and we are still locking people up for it," said Akbari.

RELATED: Opinion | It’s no wonder we have a serious problem addressing racism in America | Otis Sanford

Many said the most disappointing law passed was the bill banning critical race theory.

Lawmakers said unemployment benefits were also cut in half from 24 to 12 weeks.

Republican Rep. Mark White from Memphis said he believes a lot was accomplished this legislative session. He said cutting unemployment benefits will force people to return to work, and was fiscally responsible.

"We've got to make sure we protect our unemployment trust fund moving forward, so that's why we cut it down," said White.

"The bill we ran says, talk about those things - but when you finish talking about them, don't try and lay the blame on the current race or sex, especially when you are talking to 8, 9, 10, 11-year-olds in school," said White.