Sick of robocalls? How Tennessee profits by selling your drivers license information to private companies

You can stop it from happening by doing one thing. We tell you how. 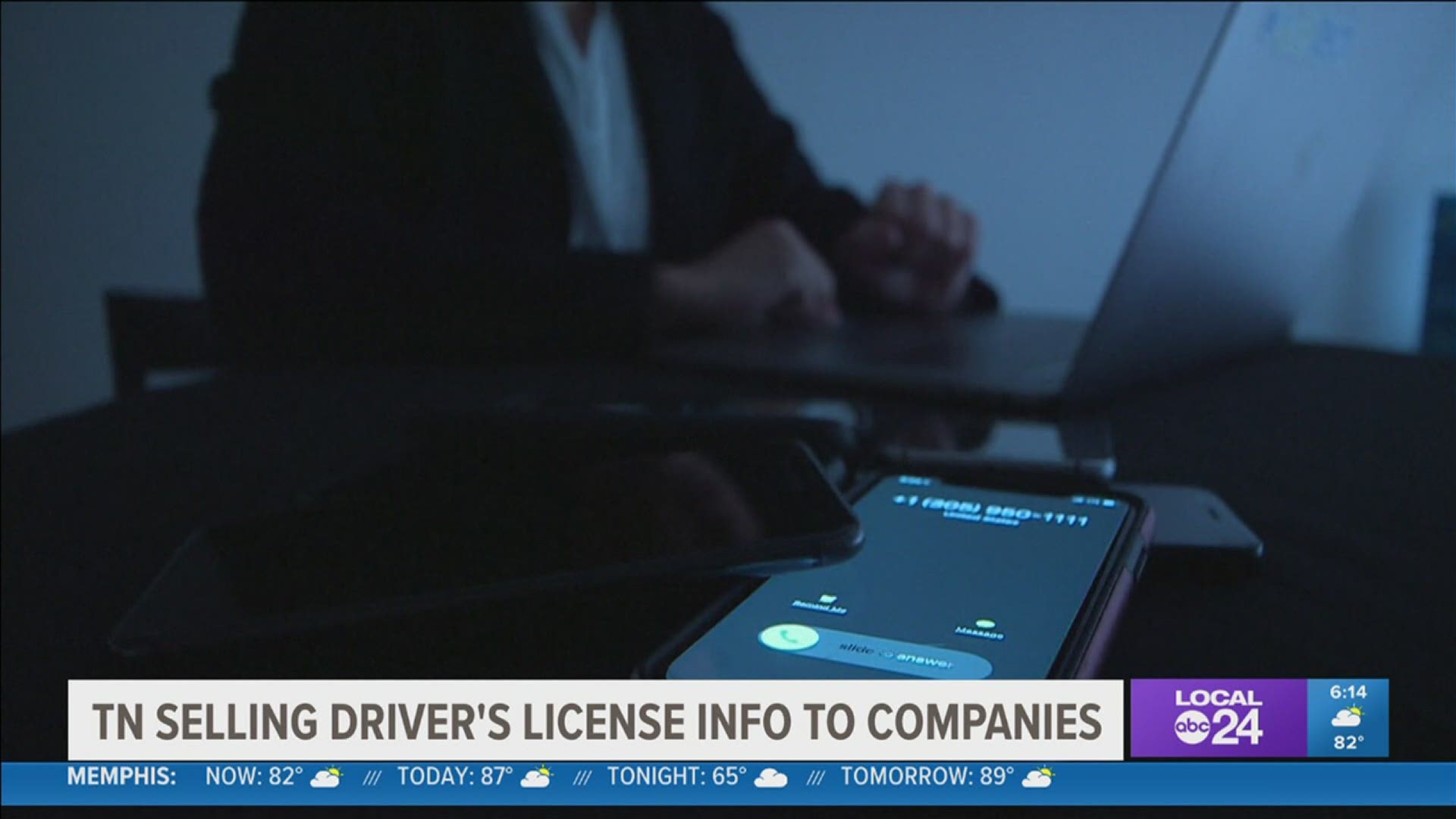 MEMPHIS, Tenn. — Are you sick of getting robocalls? Ever wonder where telemarketers are getting their information? One source could be the state of Tennessee.

The Tennessee Department of Safety, which oversees drivers licenses, sells your personal information to companies for nearly $1 million a year.

Why is this happening and is there anything you can do about it?

For some people the robocalls never stop coming in. What's almost disturbing as the calls, said some Memphians, is knowing the state of Tennessee sells their drivers license information to companies who are willing to pay.

"I just think that's an invasion of your privacy," said Jaylynn Watts, a concerned Tennessee resident.

"They making money off us, ya know, our names and stuff," said Myron Drain, another concerned Tennessee resident.

Tennessee sells the information to five major companies, and one of them is one of the largest data brokers in the country.

So far, the information for more than 7 million Tennessee driver license records have been sold.

A Tennessee Department of Safety spokesperson said the department is authorized under state and federal law to provide information from the drivers license database to businesses who ask and are authorized to receive data.

You can "opt out" when getting or renewing your drivers license if you don't want your information sold.

On the drivers licenses application, question #9 says, "Do you give consent to the department for release of your personal information from your record?"

If you check the "no " box for the "mailing advertising option," that means the state can't sell your information to data brokers.

RELATED: We bought 16 new cellphones, and most started getting robocalls before we even used them

RELATED: Florida inmates are making robocalls – and the state is cashing in on them

Critics say the "opt out" option is misleading and confusing.

"It is not being disclosed it's being sold to data brokers, and you don't know what happens to your info once it's out of the hands of the state," said TN State Representative Antonio Parkinson, (D) Memphis.

Parkinson thinks the wording should be made clearer to the public on the application.

"The rub  comes in when that information is not disclosed in layman's terms and not stating specifically they are going to be selling your information. That is where I have a little challenge with what is going on," said Parkinson.

Parkinson said he plans to work on getting the wording changed so it's easier for the public to understand the state is profiting from selling your personal information.

A spokesperson for the Tennessee Department of Public Safety said anyone at anytime can go to a drivers license service center and "opt out."  You don't have to wait for it to be time for your license renewal.