We found all three suspects, arrested on the same day, and all have a long history with law enforcement. 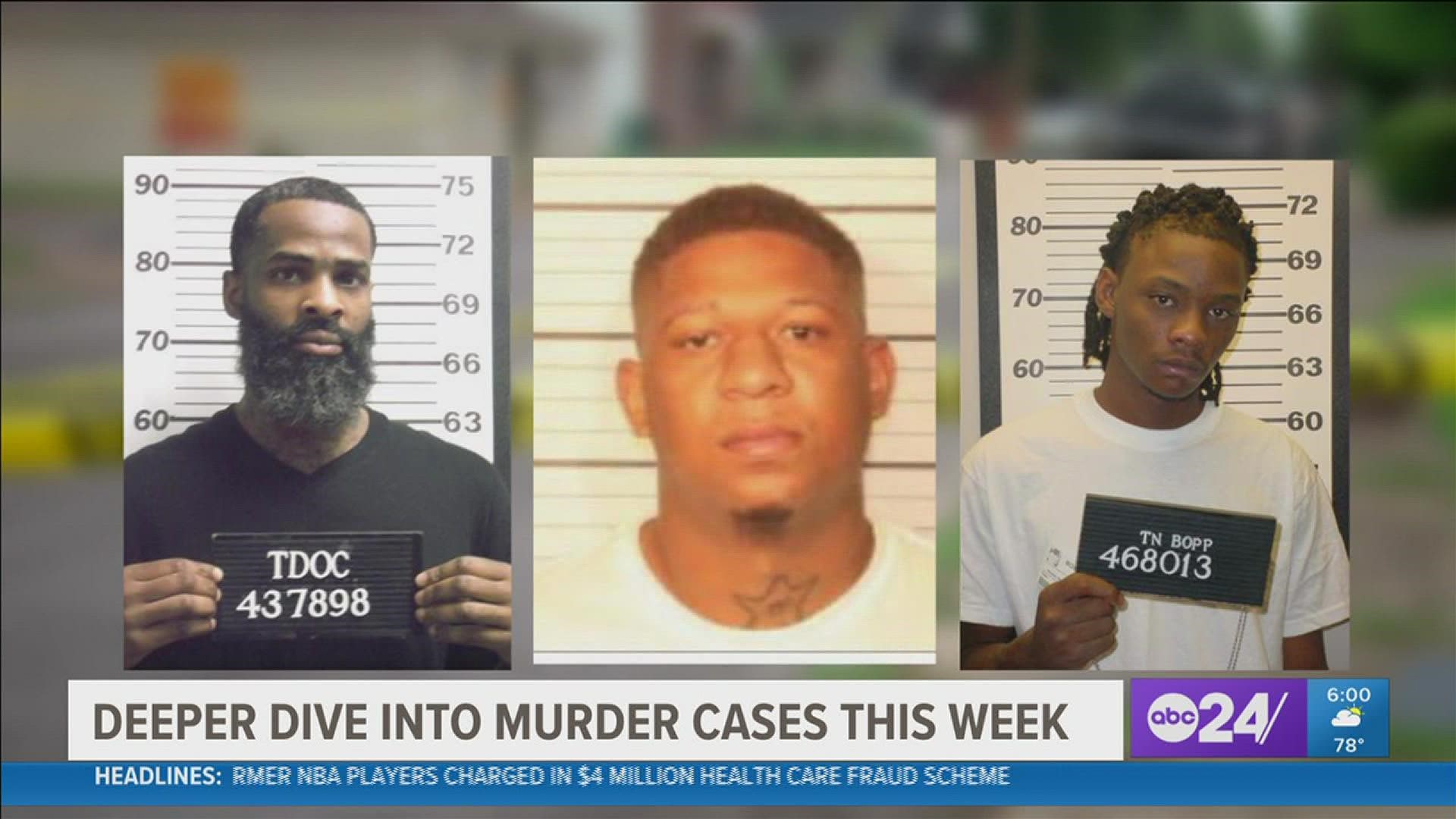 MEMPHIS, Tenn. — The man accused of killing Rhodes College student this week has a history of going in and out prison.

Rainess Holmes was on probation for burglaries in the University of Memphis area when police say he shot and killed Drew Rainer during a home invasion Sunday.

Holmes isn't the only person charged with murder this week with a lengthy criminal past.

We looked at three suspects, accused of committing three different Memphis murders. All were arrested on the same day, and all three have previous history with police.

Before Rainess Holmes is accused of shooting and killing Rhodes college student Drew Rainer, he had been convicted multiple times of theft, burglary, and aggravated burglary. Time and time again, he was given probation, which was revoked when he continued to commit crimes.

Rodney Berry,33, was arrested in Belleville, MI, by the US Marshals Detroit Fugitive Task Force based off information gained by the Two Rivers Violent Fugitive Task Force. Berry was wanted by the @MEM_PoliceDept for 2nd Degree Murder for a Sept. 17 homicide in Memphis, TN. pic.twitter.com/RXtqvDfuDM

And then there is Jerome Jamison, also arrested on October 5th. Police said Jamison shot and killed a man at a tire shop on Knight- Arnold last Sunday.

"While that person is away from his or her community, we have to give them something useful to them, and productive and meaningful, and able to support them when they come back to the community," said Just City Director Josh Spickler.

Spickler is a advocate for criminal justice reform.

"At the end of the day, what this state needs is 'Truth in Sentencing.' When someone is sentenced to prison for an eight year term, that eight years IS eight years," said Shelby County District Attorney General Amy Weirich.

Weirich laid much of the blame with the Tennessee General Assembly, saying laws need to be toughened.

"The law is designed to, in most situations, for the judges to first look to probation and look to ways to get this offender on the right track without incarceration," said Weirich.

Weirich said lawmakers did recently pass a new law requiring those committed of certain sex and violent offenses to serve full sentences, but Weirich said it's not enough.

Here is the breakdown from the Tennessee Department of Corrections on Rainess Holmes convictions: