Make sure you know where to enter for your event or you could land in the wrong spot. 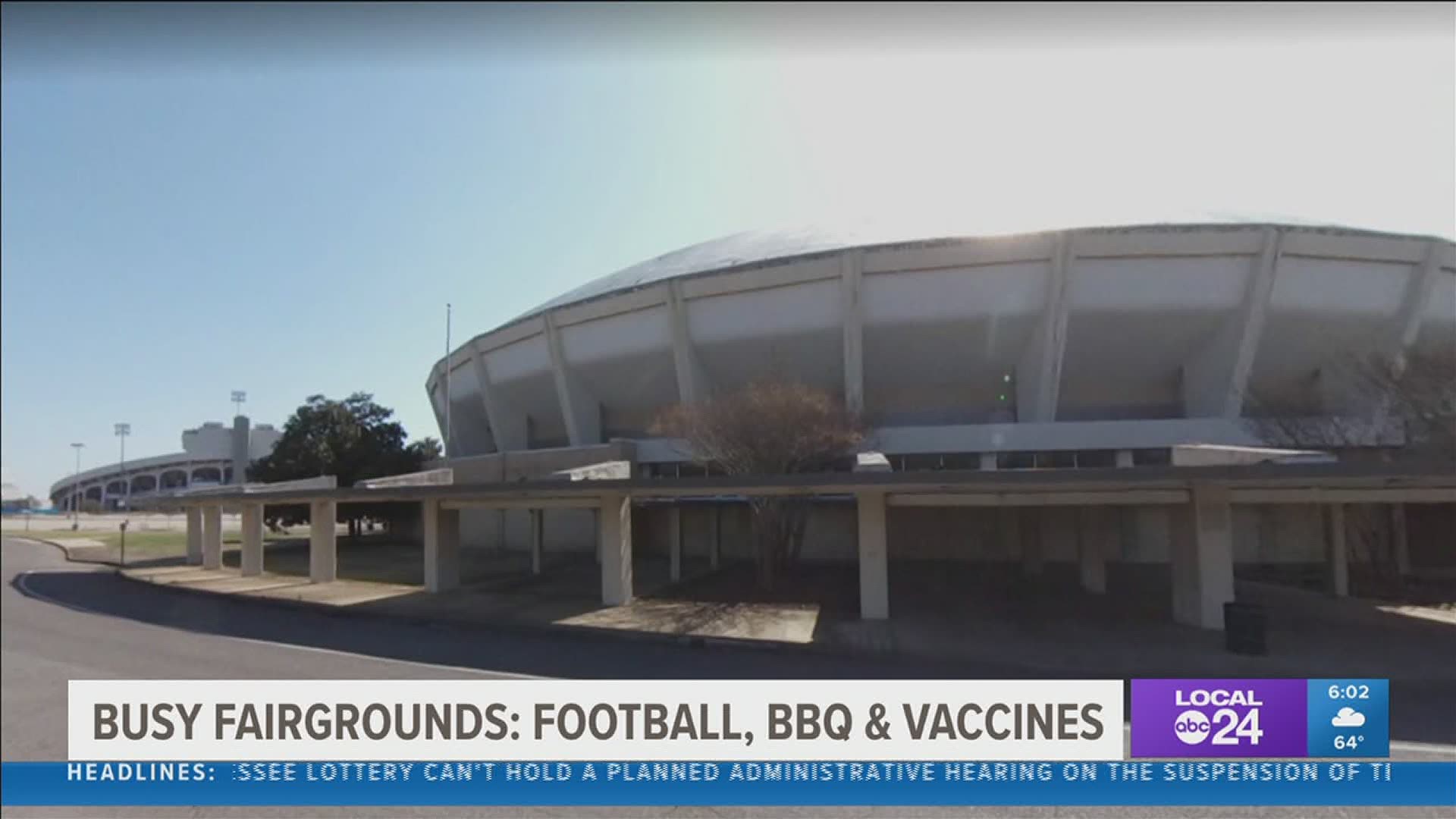 MEMPHIS, Tenn. — What do Tigers football, tailgating, dinosaurs, barbeque, and vaccines all have in common?

All of that will be happening at the former Mid-South fairgrounds in midtown Memphis Friday. It will be the busiest the area has been in more than a year.

"It’s going to be exciting to be back at the Liberty Bowl and under the lights," said football fan Todd Adams.

Adams can't wait till Friday. Friday Night Stripes is back as the Memphis Tigers football team plays its spring game at 7:00 p.m.  It's free to the public.

"It seems to be that we are turning a corner, when we can bring football back and bring tailgating back. It’s exciting times," said Jeff Crane, U of Memphis Deputy Athletics Director.

Tailgating is also back. It is an activity Tiger fans weren't allowed to participate in last year. For this game, the tailgating won't be happening on Tiger Lane, instead it will be closer to the Liberty Bowl.

"This is kind of a test in many ways to see how tailgating might work for the upcoming season, which would start in September," said Crane.

"They are asking people to be smart, socially distance, but you are still able to grill, throw the football, and have some fun," said Adams.

Let's get the giveaways started early!

Like & Retweet for a chance to win a Stephen Gostkowski Bobblehead! pic.twitter.com/fo9iipoR2Y

In addition to football and tailgating,  the Highland Hundred, the Tigers football booster club will be having a BBQ cooking contest at the fountain.

And near the Coliseum, the Dinosaur Adventure will be happening. It's a drive-thru exhibit featuring life-sized dinosaurs. It will take over the southeast portion of the property.

Add in the ongoing vaccination efforts near the Pipkin building, and there is a whole lot going on.

The challenge in all of this is making sure you end up going to the right entrance so you get where you want to go.

For anything related to football, you want to make sure you enter off south Hollywood. You'll want to go in entrance 4. That will get you to general parking, tailgating, and the BBQ contest.

To see the dinosaurs, you need to enter at access point 11, which is Southern Avenue and Early Maxwell.

And if you are going to get your vaccine, you'll enter at Early Maxwell and Central, which is the same vaccine entrance that has been used now for months.

We're told traffic control be there to help drivers out.