The officer is off the job pending results of an internal investigation. 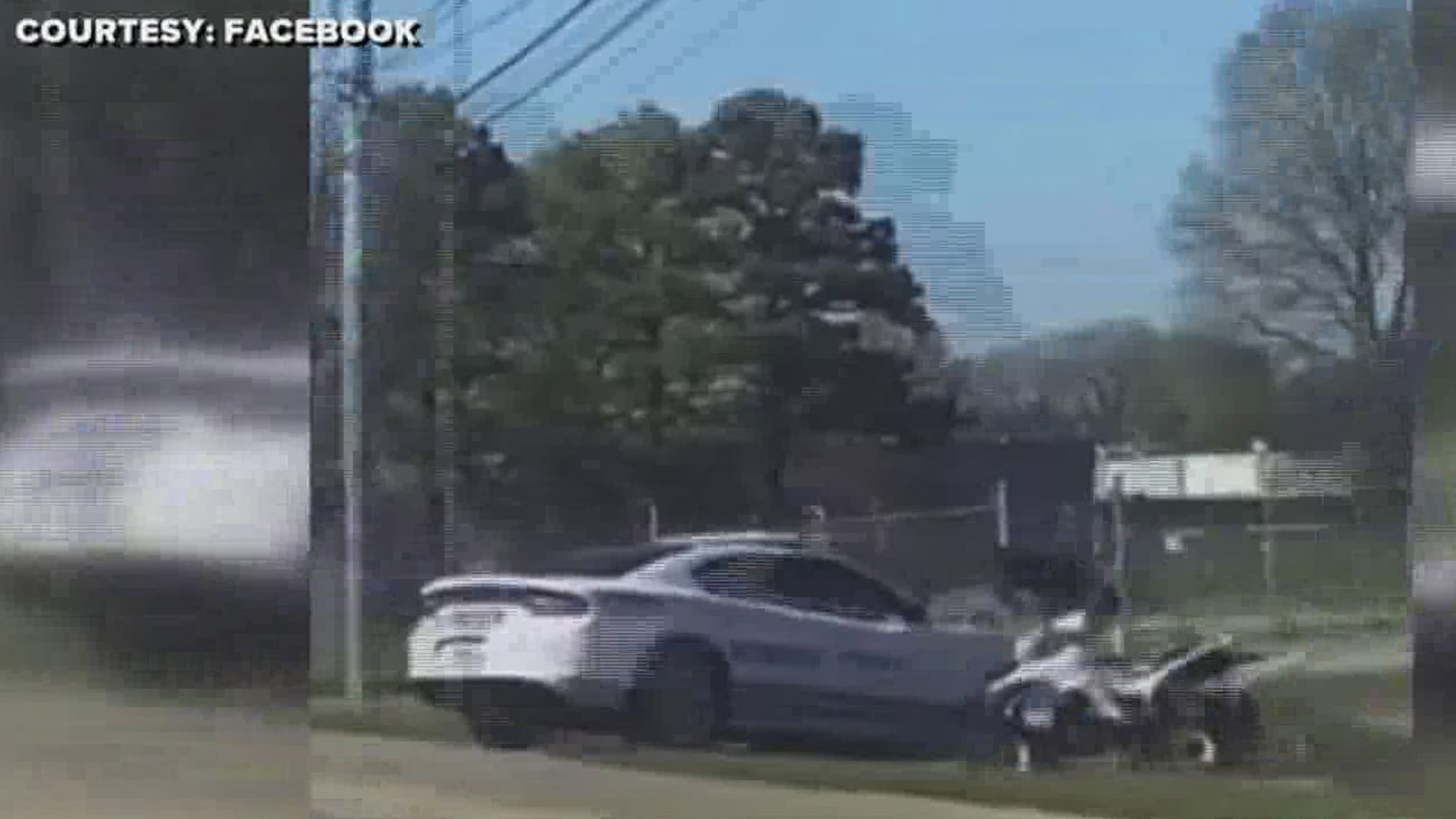 MEMPHIS, Tenn. — A Memphis Police officer is off the job pending the outcome of an internal affairs investigating after being caught on camera hitting a man driving an ATV during a police chase.

Memphis police officer Taiyuan Brooks is the officer identified as hitting the ATV driver. Brooks has been with the department since 2018.

Memphis Police say they have received almost 1,000 calls for ATV disturbances in the past 16 months. But police reform advocates say that not a reason to hit someone with your police car.

"I think excessive is an understatement," said Dr. Earle Fisher

Fisher is talking about a video circulating on social media. It shows a police officer during a chase, going off road and hitting a man on an ATV Sunday evening.

According to the police report, the chase began after 12 to 15 ATVs were illegally driving recklessly through streets and into oncoming traffic near Knight Arnold and Lamar. After they refused to stop, a chase began.

Video from another witness caught one of the officers driving on the wrong side of the road chasing the ATV before the crash.

"What you see people in the community who are advocating for police reform communicating for - is that punishment should fit crimes. And in this, regardless, I think trying to ram someone off an ATV with a police vehicle is not what I hope we would find in the Memphis police training manual," said Fisher.

"I'm not sure if we should be chasing individuals who may not pose an imminent threat to anyone in police vehicles, but I am just glad he is okay," said Memphis City Councilman JB Smiley.

The Memphis Police Department has a pursuit policy that details when an officer can chase a suspect.

"The truth of the matter is, this is something our law enforcement officers cannot necessarily police. We have real crimes. We have people being killed people, who are robbing things. To chase individuals around on ATVs, I'm not sure our thin police force can be spending a lot of time allocating those resources," said Smiley.

"We have seen for a long time, years on end, people advocating for a more proper way to apprehend suspects - and in some cases even criminals," said Fisher.

He said there was no need for Officer Taijuan Brooks to literally go off road to try and stop the ATV driver, saying it was unnecessary.

"I think this is an obvious case of excessive force," he said.