Morning Woods homeowners turned to the Local I-Team to find out why there are so many broken trash and recycling bins in their neighborhood. 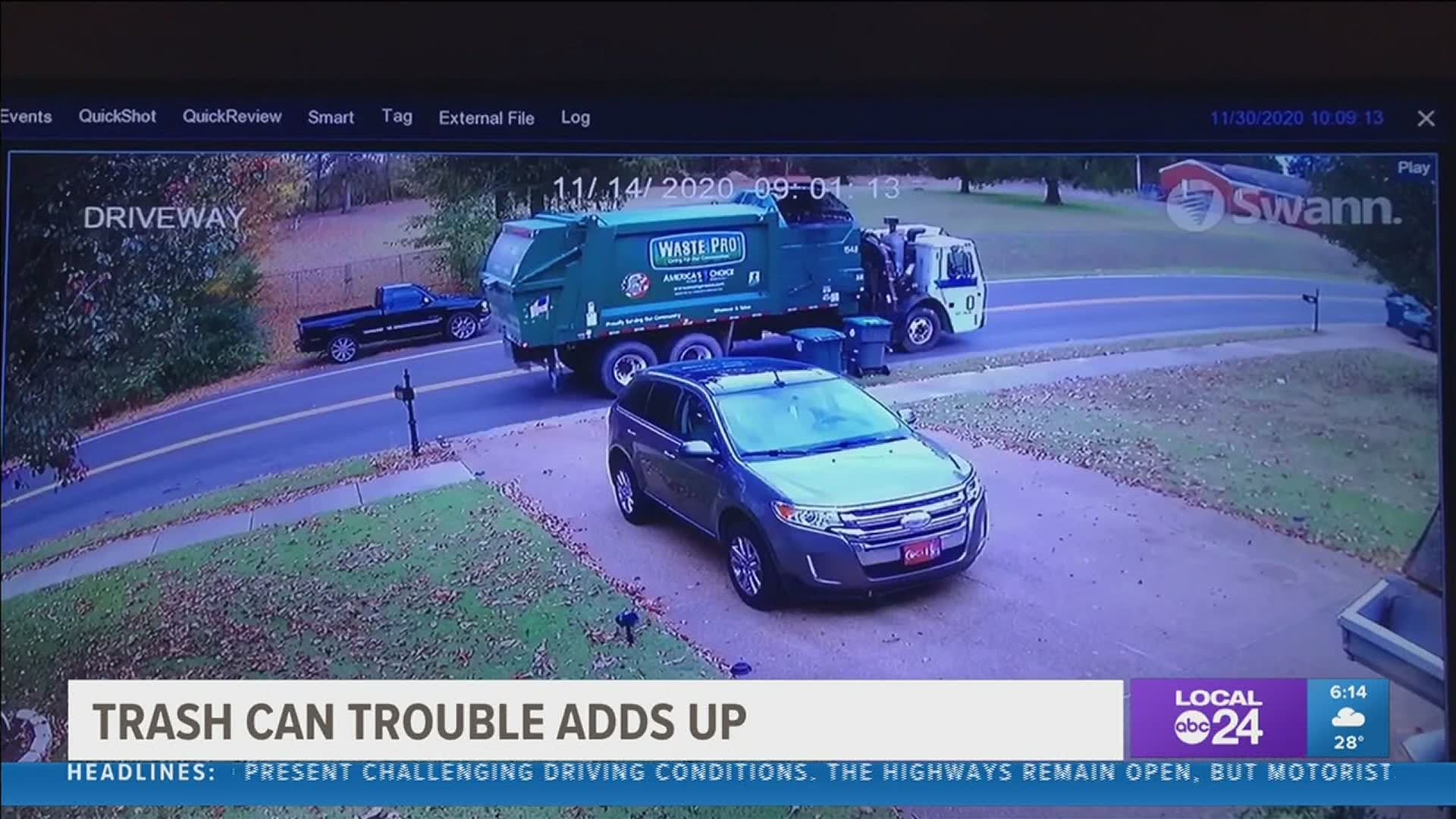 MEMPHIS, Tenn — Lately, neighbors in the Morning Woods subdivision are raising a stink.

Larry Reed said he knows the garbage and recycling bins are supposed to take a beating, but he never expected the Waste Pro garbage truck to be the cause of the problem.

"The truck was in motion while the can was in motion," said Reed, recounting what he saw on his outdoor security camera.

Reed said the City of Memphis told him this is a safety issue. 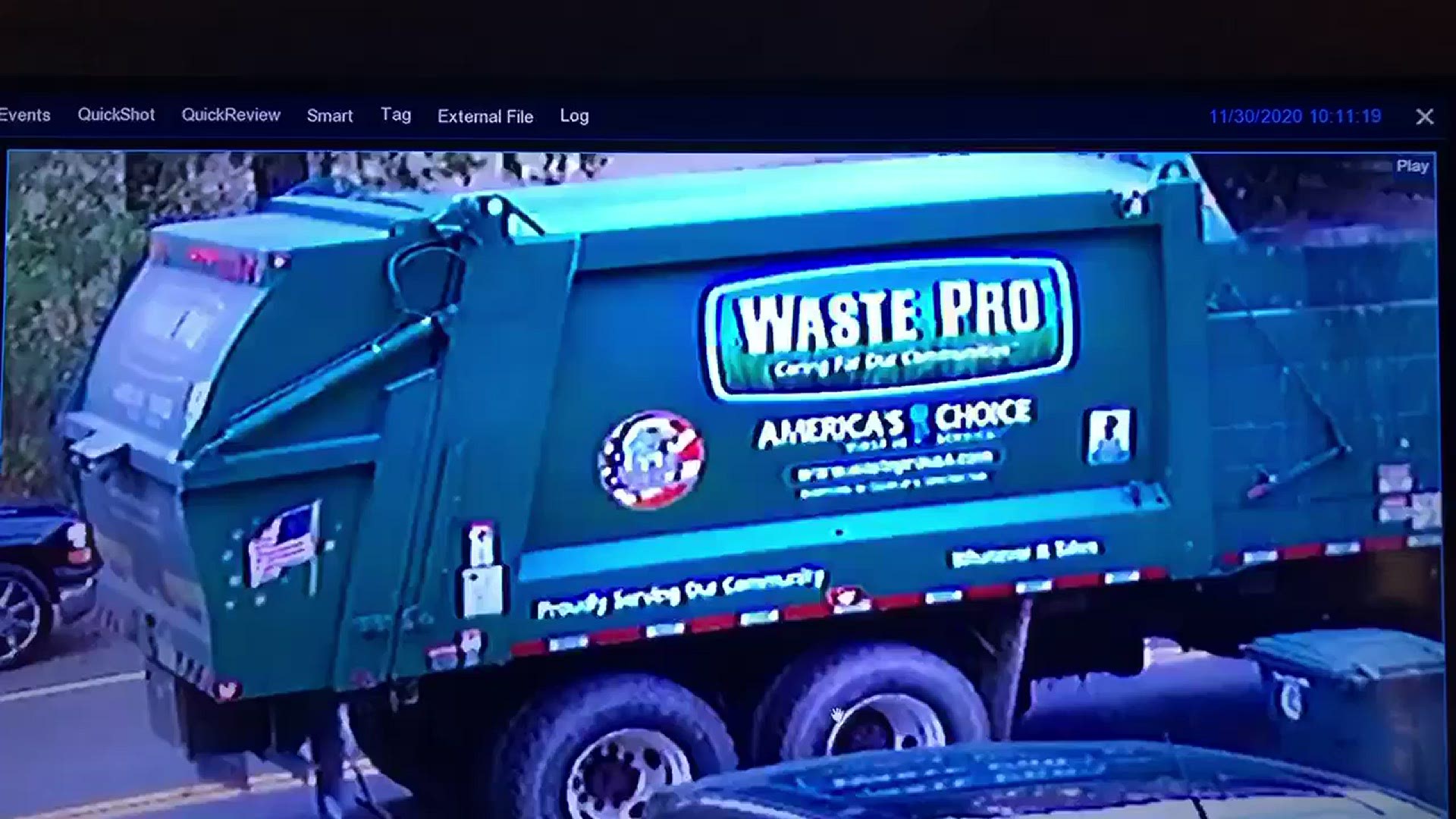 Local 24 saw many examples of trashed, bashed, and smashed lids around his neighborhood.

Reed also said it has left many of his neighbors frustrated.

Dozens of Reed's neighbors left comments on a Facebook group questioning why there were so many broken bins and lids.

Larry's neighbor, Molly, questioned: does this look good to anyone?

Another neighbor, Rodney, posted that he actually had to go to the main office with video to file a complaint.

Another neighbor, Julie, called it crazy. She wondered how much all this damage is costing taxpayers.

That's why Reed turned to the Local I-Team for answers.

The Local I-Team learned the average cost for a bin is $46.

The top reasons for the replacements were for cracked lids or broken bins, missing wheels, and lids that fell into or were destroyed by the garbage truck.

"It really wasn't until we saw the security cam video that we realize how frightening it was," said Reed.

Arlenia Cole with the City of Memphis sent Local 24 News a statement.

"Waste Pro trucks are equipped with automated side loads (mechanical arms) operated by the driver. The driver experienced a calibration issue with the automated arms during the collection route. The equipment was taken out of service for inspection and repair."

"It was just scary to see," said Reed. 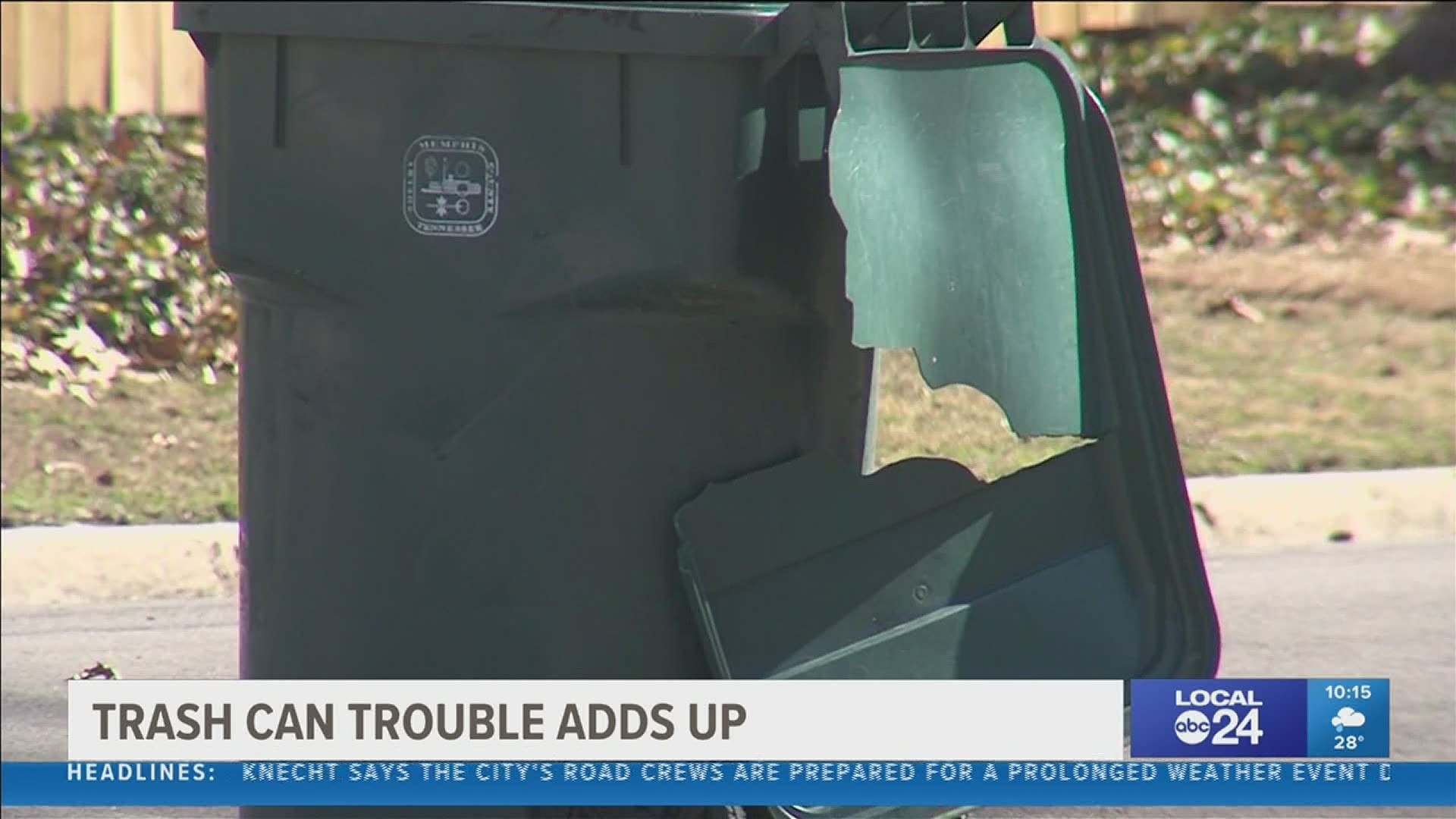 Reed's neighbor, Dedrick Woods, said his trash bin is missing a lid. He believes it creates an environment that could possibly attracting vermin.

Woods said it happens in the Morning Woods subdivision all the time.

"I see it one day. Two weeks later, I see the same thing," said Woods.

Local 24 News looked into Wood's remarks to see if happens often in his neighborhood.

Since 2019, 38016, which includes the Morning Woods subdivision, reported more damaged bins to the city's 3-1-1 line than any other zip code.

All together those zip codes account for nearly 60% of the damaged bins reported since 2019.

So who's paying for all the damage? Technically you are.

The replacements are covered by the $29.96 monthly fee that homeowners pay on their MLGW bill, according to Cole.

Credit: Larry Reed
Larry Reed sent this picture to Local 24 News to show all of the damaged garbage bins throughout his neighborhood.

The city has several days to respond to our request.