The Beacon Center of Tennessee said it has concerns about the large incentives, transparency, and how Ford will be held accountable. 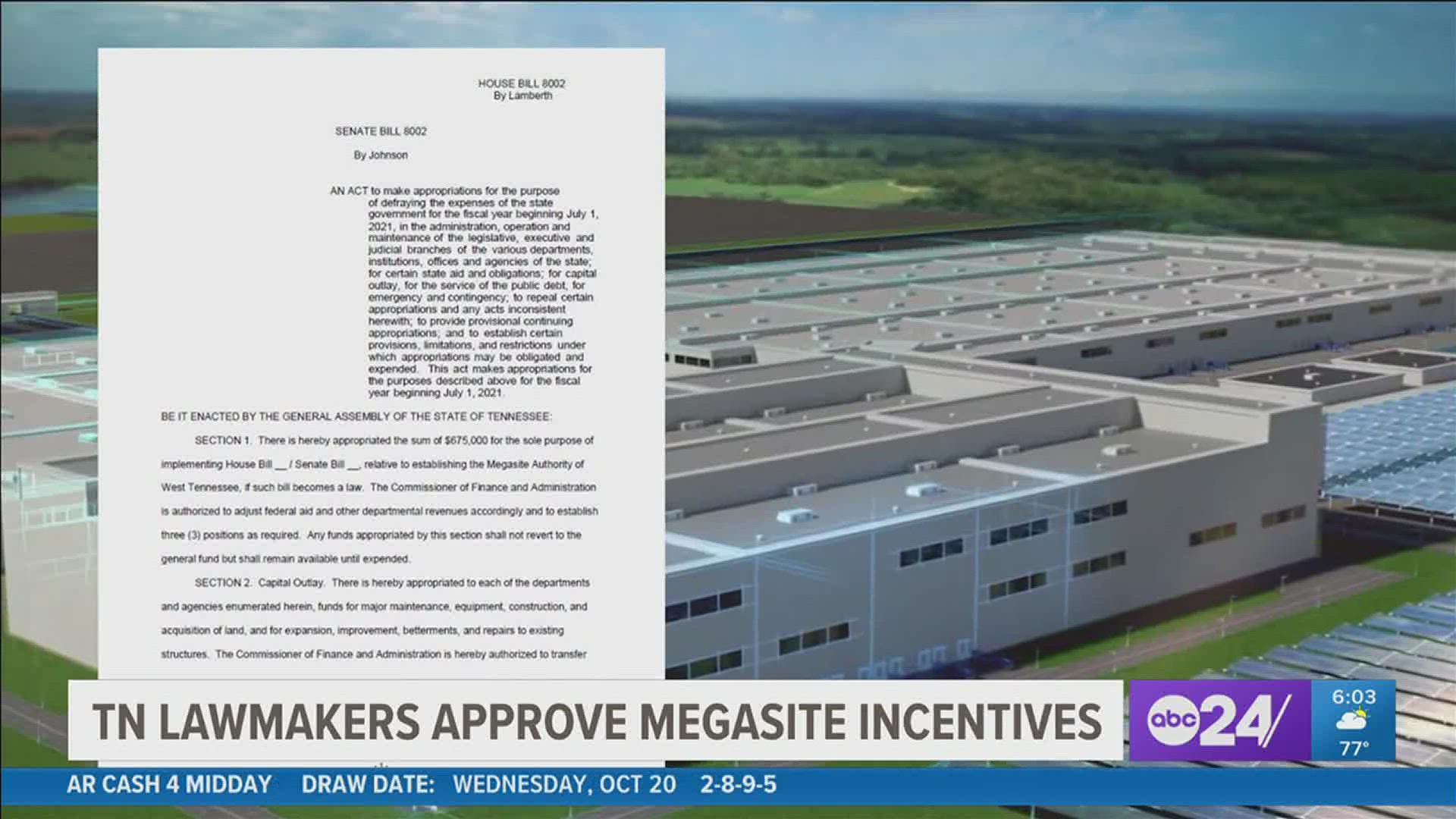 Lawmakers said it's the biggest state incentive offered to a private company.

The Memphis Regional Megasite site is located about 50 miles east of Memphis. Ford said it will employ 5,800 hundred people who will make next generation electric trucks and batteries.

While the project is expected to give an economic boost to West Tennessee, critics have concerns about the large incentives, transparency, and how Ford will be held accountable.

"This has already become the biggest deal the state has ever given," said Beacon Center Policy Director Ron Shultis.

Ron Shultis, the Director of Policy and Research for the Beacon Center of Tennessee - a non-profit think tank, has watched the deal closely.

Originally, Governor Bill Lee said the State was offering Ford $500 million in incentives. Then the state unveiled plans to spend millions more. $138 million was budgeted for infrastructure and demolition work, another $200 million for road projects, and $40 million to build a new technical college to train workers.

The project incentives are now at nearly $890 million.

"We're already at a much bigger price tag than what we originally thought. And then it’s fair to ask, are we going to be on the hook for even more incentives in the future?" said Shultis.

Shultis also has concerns about the public's right to know. A newly-created Megasite Authority will oversee the construction of the facility. That group will also have the power to keep documents - which would typically be considered public - confidential for a period of five years by deeming them sensitive information.

"There is some language in here that gives some really broad authority around exempting sensitive information for up to five years from public records requests. Kind of a five-year lock out," said Shultis.

Lawmakers we spoke to said they were initially concerned about that but trust it will be ok.

"I think we have a lot of stop gaps and checks and balances that will govern this, and I think we will be fine," said Rep. Mark White, (D) Memphis.

"No, we wouldn’t be able to get our money back from that, but I still think it’s a continued benefit," said Rep. Tom Leatherwood, (R) Arlington.

When you do the math, the state is spending approximately $153,000 for each job created at Blue Oval City. The majority of lawmakers said while it's a lot of money in state incentives, it's worth it.

"These jobs are going to be some high paying jobs. I think the investment is a good investment," said Rep. Antonio Parkinson, (D) Memphis.