The latest complaint is in Marshall County, Mississippi. Sandy Henson has previously been convicted in Shelby County for a similar incident. 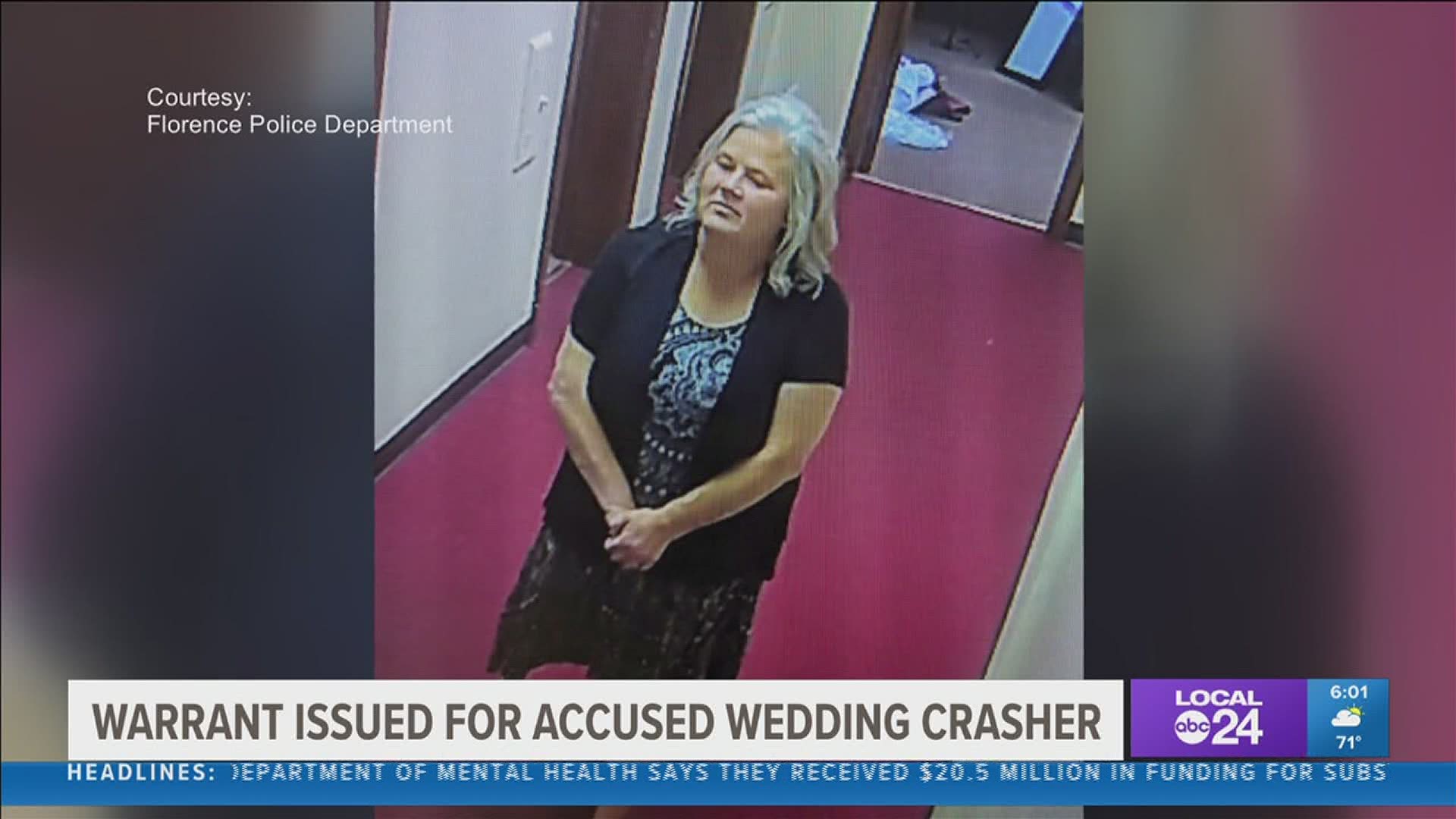 MEMPHIS, Tenn. — An arrest warrant has been issued for an accused Mid-South wedding crasher.

The warrant has been issued for Sandra Henson for grand larceny in Marshall County, Mississippi. Henson is accused of stealing cash and gifts when she crashed a wedding in Byhalia last month.

Henson has previously been accused and convicted of stealing from newlyweds across our area, but this latest charge could land her in prison -because she is currently on probation.

Henson was convicted in Benton County, Mississippi, of stealing from newlyweds in 2017. She is on 5 years probation, which is why the victims in that case are shocked she struck again.

“We want her stopped. For her benefit she needs to stop it," said Charlotte Saunders, victim's mother.

Saunders knows firsthand how the woman known as the wedding crasher operates. Saunders crashed her daughters Benton County wedding in 2017, and stole more than 1,000 while the ceremony was taking place.

“You could tell by looking at her, she was polished at this. She had been doing this a long time," said Saunders.

The theft was caught on the church's surveillance system.

"People were standing right there, visiting, and she would step over and pick stuff up or at least look around the table," said Saunders.

This is a 2017 mugshot of the woman known as the “wedding crasher” from when she was arrested in Shelby Co. She was charged and convicted of a felony for stealing money during a wedding reception and was sentenced to one day in the “workhouse “ pic.twitter.com/cv8DqwDz2L

At the time, Saunders didn’t know that a few months earlier in Shelby County, Henson was charged and eventually convicted for doing the same thing at another couple's wedding.

Henson is also awaiting trial in Florence, Alabama, charged with stealing from two weddings in 2019.

On top of that, Saunders said on Facebook there is a long list of people claiming they too are victims of Henson.

“She bounces all over the place. There is no telling how long she has been doing this and how far she has driven to do this," said Saunders.

Saunders said when Henson does get happen to get caught, she always has a good story.

“Her statement is that she has never done this before, and she has health issues. And please feel sorry for me and I’ll never do it again - and so that’s been believable,“ said Saunders.

Tuesday, Local 24 News told you about Madison Sacharczyk. Henson is accused of stealing from her wedding in Marshall County last month. Marshall County issued an arrest warrant for Henson Wednesday, in connection to Sacharczyk's complaint - but when probation officers went to arrest her, we're told she had a medical emergency and was taken to the hospital.

Saunders hopes this latest charge will be enough to finally stop Henson for good.

"She needs to shop because this is not right," said Saunders.

The Marshall County Sheriff's Office said once Henson’s medical emergency is over, they will arrest her for this latest incident. Due to the latest arrest warrant, Henson may have her probation violated, which means she could be sent to prison to serve the rest of her 5 year sentence.