Why haven't Shelby County Schools reopened for in-person learning, when others like Atlanta & Nashville public schools have?

Critics say the district can find a way to re-open in-person learning for parents who want it. 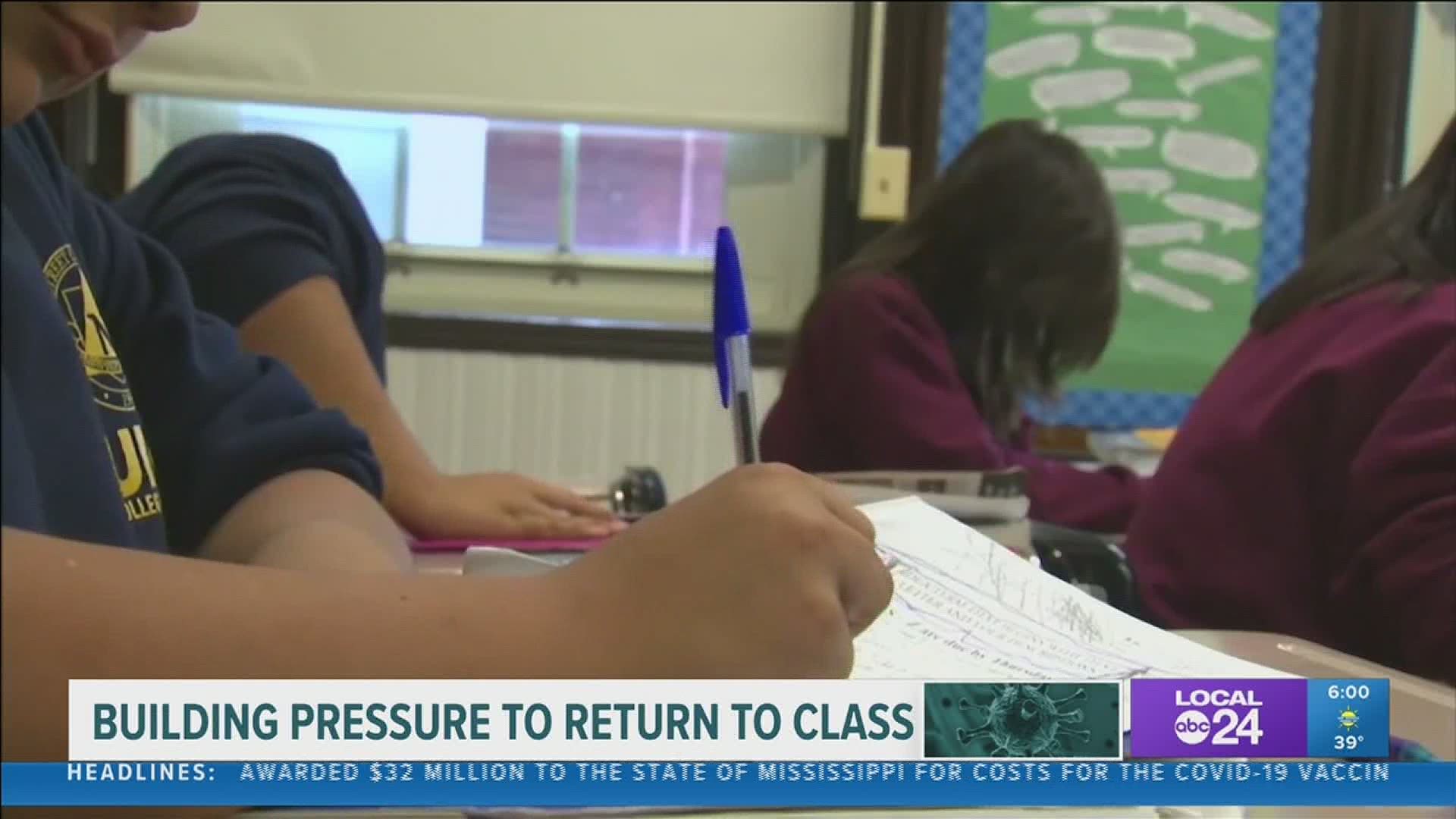 MEMPHIS, Tenn. — Pressure is increasing for Shelby County Schools to return to in person learning.

Monday afternoon, Metro Nashville Public Schools, announced it would be phasing in a plan to return to the classroom starting later this week. Pre k to 4th grade starts next Tuesday, followed by additional grades later in the month, and by March 3 in person classes will be happening for all students who chose the option of in person learning. Returning to class is voluntary, parents can still opt for remote learning.

So why can't Shelby County Schools school do the same thing?

Shelby County Schools leaders maintain it's not safe for students to return to the classroom, but similar districts have opened or are about to open back up for in person learning for students that want it.

"I am increasingly concerned the longer we put this off," said Grahamwood Elementary School parent Anna White.

White is ready for her daughters Chloe and Lila to return to class.

"I think it's irresponsible we haven't found a way to get students back in the school building," said White.

Shelby County Schools said it's unsafe to return students to the classroom for in-person learning, but other large districts with a majority African American population are doing it.

📣 The phase-in schedule for students who have chosen in-person learning begins Feb. 4 and continues through March 3.
Details, plus information on safety protocols, vaccines and family resources and are on https://t.co/WfSVDIF0Tg pic.twitter.com/wxeIE9DpbD

Here in Tennessee, Nashville public schools, which also has a majority minority population, announced its plan to open up in-person learning.

"For those families who have selected to in-person schooling, I would like to see us honor that. But as far as phasing it in, there are so many logistics the administration is having to work with," said SCS School Board member Michelle McKissack.

Mckissack said getting kids back to the classroom is not as simple as it sounds, though she said the schools themselves are ready.

"I know that Shelby County schools has the capacity - everything is in place. I have toured tours myself, all the markers, and desks apart, and sanitizers ," said McKissack.

Shelby County schools has also said it wants to be moved up in the vaccination schedule. But teachers and childcare workers are next in line in Shelby County to be vaccinated. They are in the 1B category. Much of West TN is already vaccinating that category.

Prioritizing groups ahead of the state schedule could result in the suspension of COVID-19 vaccine shipments, as has happened in other parts of the country.

Parents are baffled that at this point.

Superintendent Dr. Joris Ray said there is no new target date to return to school. Shelby County's transmission rate is below the magic number of 1.0 and cases are steadily dropping.

Parents said now is perfect time to give it a try.

"I believe there are multiple ways to make this happen safely," said White.