Memphis robocall victims have had enough

One Memphis woman fought back against robocallers and was awarded $459,000 in damages. 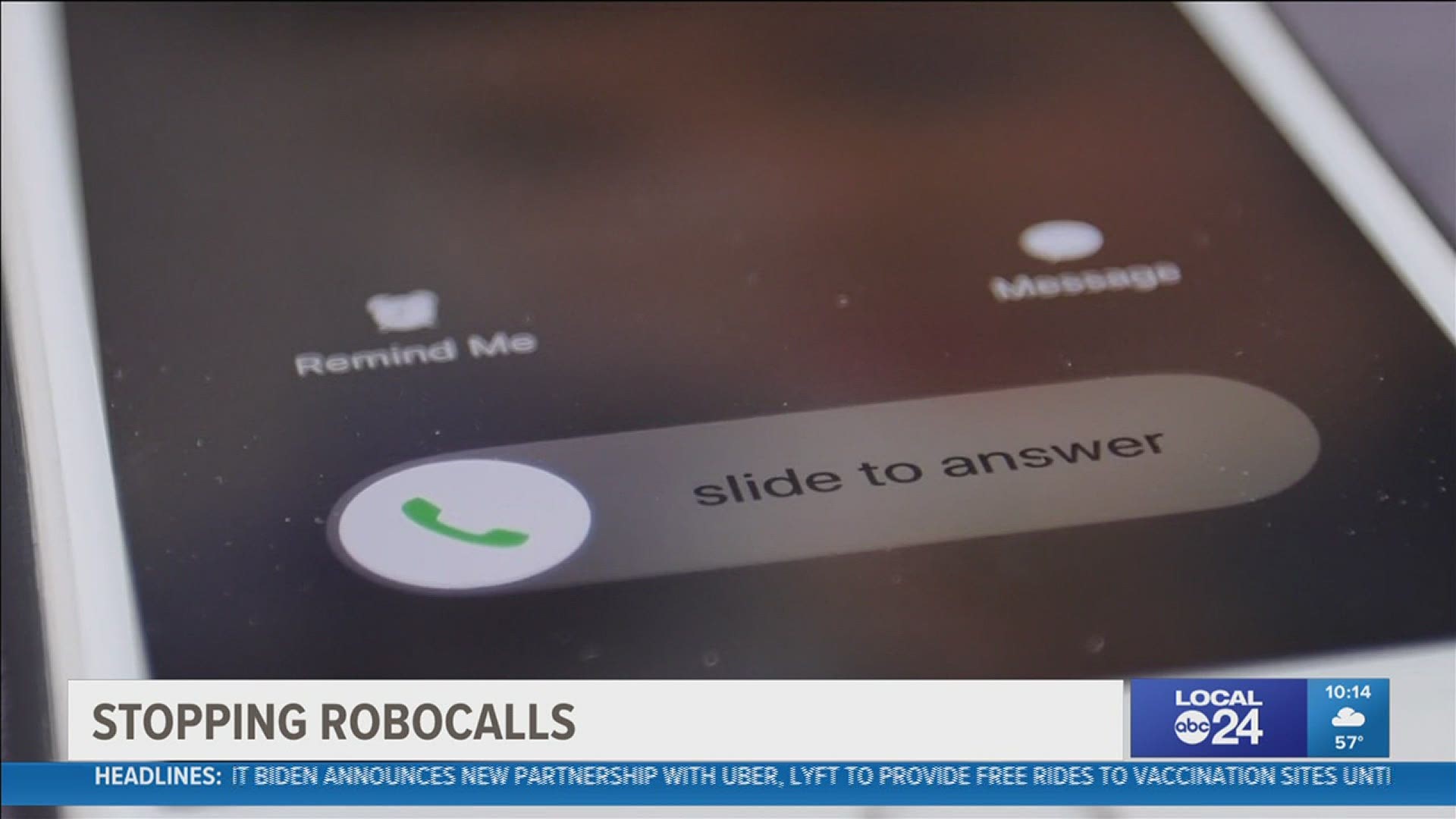 Kat Scoggin has had it with the spam and scam calls. Whether it's the car warranty call or someone wanting to buy her house, she'd like to turn off her phone - but can't because she works from home.

"I get a lot of legitimate calls from other cities, other states, so I can't not answer the phone," said Scoggin.

"The callers now are getting more sophisticated. They are calling from different phone numbers," said Frank Kerney, a lawyer with Morgan and Morgan who has represented thousands of robocall victims across the country. Kerney broke down robocalls into four basic classifications:

Calls considered emergency purpose, are robocalls people often want to get - like from your healthcare provider, your kid’s school, or the utility company. Emergency purpose calls are exempt from the Telephone Consumer Protection Act, the federal law that restricts telemarketing calls.

These are calls from businesses you likely already have a relationship with, such as your bank, lender, or even someone you legitimately own money to.

These are calls from local, state, or even national organization or candidates asking for support - either for their campaigns or for political causes.

These are the calls that drive everyone crazy. They can be scammers trying to get money from you, or even from legitimate businesses that are using questionable tactics.

RELATED: "I hate picking up the phone" | Telemarketers and scammers target the Mid-South with millions of robocalls

RELATED: Could you get more robocalls in the future because of a supreme court ruling?

"That's 'the IRS is after you' - every scam you can think of - the 'warranty department', the 'health insurance' one, all that kind of stuff. All those that are coming from criminals basically," said Kerney.

"I think there is a lot of these small operations all over the place. They come and go. They pop up somewhere, do it for a couple of months, and then go somewhere else," said Kerney.

The Telephone Communications Protect Act allows you to fight back against robocallers.

A consumer can recover between $500 and $1,500 per call if they can prove the TCPA was violated.

Kerney said tracking down the scammers and holding them accountable is difficult, but robocallers from the second group - the ones where victims have a previous relationship with the caller - is much easier because you know where to find them.

In 2019, A Memphis woman was awarded a $459,000 settlement after suing Conn's Appliances, claiming she was being harassed with robocalls. Kerney was her lawyer.

"She was getting at least eight of those calls every day. An automated call reminding her to make her payment, and anytime she answered, [they would say] 'Hi ma'am, just a reminder that your payment is due today', and every time she said 'y'all got to stop calling me. This is crazy! I can't take this anymore. I pay your bill every month on the same day. Stop calling my phone!' They didn't stop calling her phone and [there were] 306 calls before she paid the merchandise off," said Kerney. "I think that the law did what it was supposed to do, which was act as a deterrent to keep that type of thing from happening."

According to the YouMail index, in April in Memphis just 13% of robocalls were payment reminders, 22% were telemarketers, 29% alerts and reminders. Scams made up the largest group of robocalls at 36%.

"What always blooms in the back of my mind are who are the poor people falling for that," said Scoggin.

Scoggin said so far, she's not fallen for a scam.

"I'm worried about scammers becoming smarter and being able to sound more legitimate when they call," said Scoggin.

And given the fact that last month, $5.6 million were made off of Tennessee residents from robocalls - an average 60 robocalls per second - Scoggin said the reality is, "I don't know if it's ever going away."