'It looked like a massive bomb had just gone off': Jonesboro community unites after strong tornado

As of Sunday evening, there were no reported deaths and only 22 minor injuries from the EF-3 tornado. 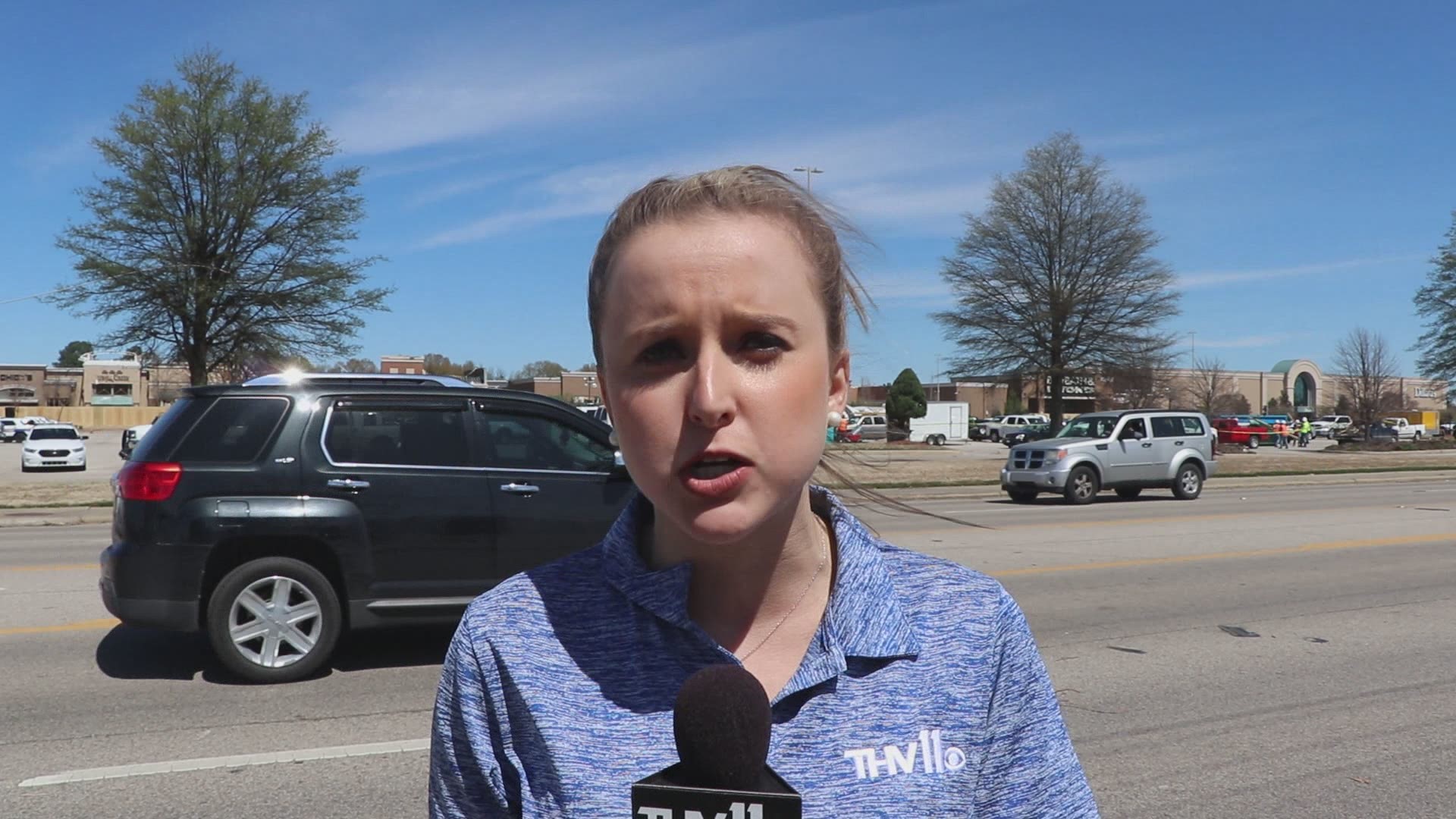 JONESBORO, Ark. — It was a tough 24 hours for the Jonesboro community after a strong EF-3 tornado ripped through the city Saturday night.

Thankfully, as of Sunday afternoon, there were no reported deaths and only 22 minor injuries.

The tornado left parts of the city destroyed, with furniture stuck in trees, houses without roofs and cars completely flipped over.

Despite the severity of this damage, Blake Moore said everyone in the Jonesboro community is counting their blessings.

"Still a little shaken up, but definitely better than yesterday. Just glad to be able to see another day," he said.

Moore said he was thankful to see the sunrise on Sunday morning, even if it was through a broken window.

James Bickham has lived in Jonesboro for the past 15 years and he said he never wants to experience what he went through on Saturday night ever again.

"It was scary and it was eye-opening just how powerful and how violent it was," he said.

The tornado that barreled through Craighead County on Saturday night left houses ripped to shreds and cars torn apart.

"That was probably the most fearful experience I've ever had in my life," Moore said.

Bickham said the best way to describe it was like a war-zone.

"It looked like a massive bomb had just gone off in the middle of town," he said.

The explosive natural disaster that took the roof right off Moore's family's home with all of them inside.

"We kind of took cover, huddled, called on the name of Jesus and then after that, we just kind of came outside and went from there," he said.

Moore said all they can do now is look over the damage and save what they can, but they aren't in it alone.

"We're a family here, we care about each other, we love each other and we're growing as a community," Bickham said.

With fences knocked down and stores destroyed, the people are uniting as one and ready to come back better than before, to come back Jonesboro strong.

"Something like this is something you don't ever want to happen, but as it has happened it's going to do nothing but boost us," Bickham said.

City officials said they aren't taking any donations, but if you'd like to volunteer and help out with the cleanup you can call 870-935-5562.