Starting Monday, July 12, the Little Rock VA is tightening up restrictions on its visitation policy as the Delta variant spreads rapidly in Arkansas. 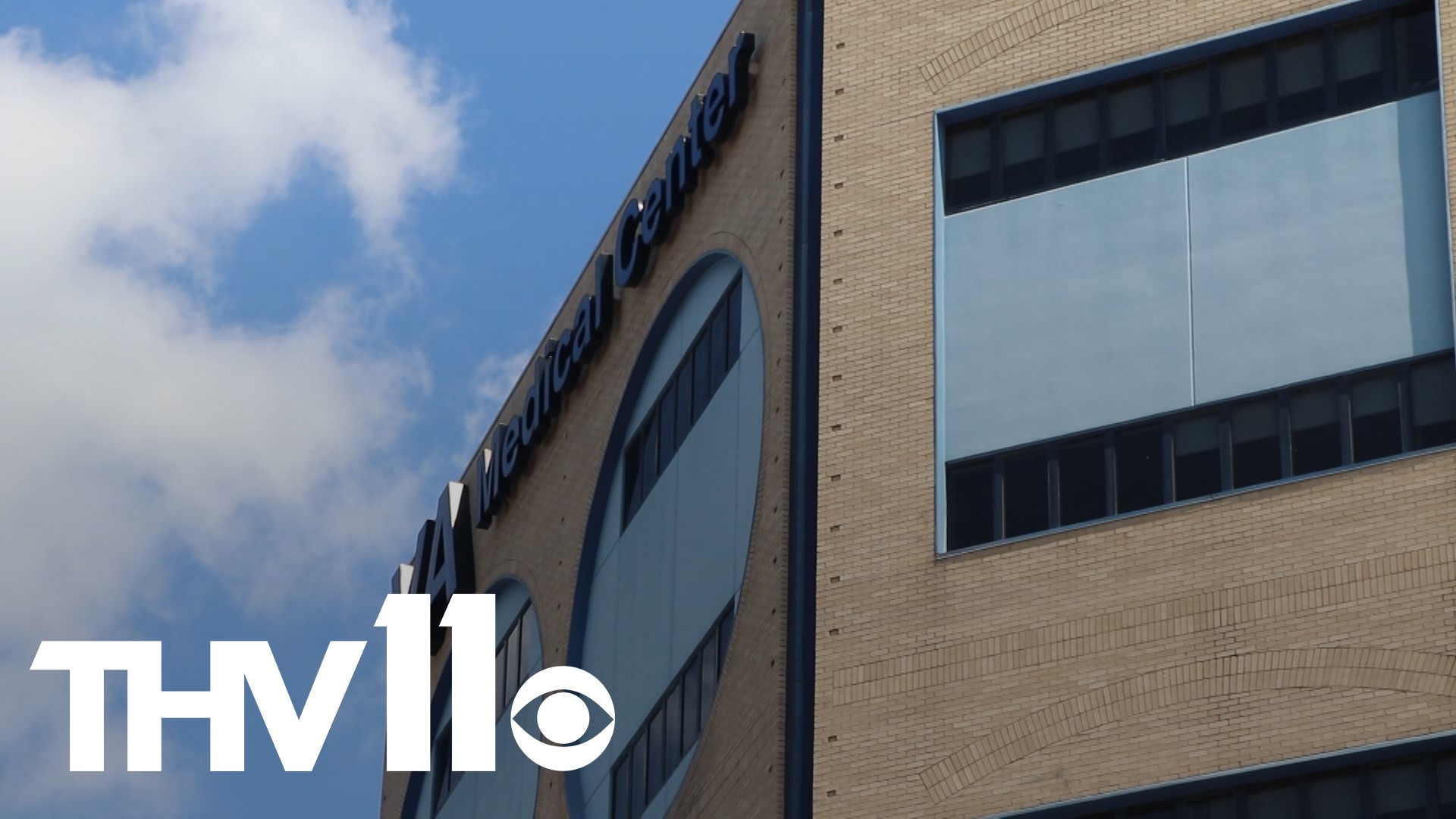 LITTLE ROCK, Ark. — Starting Monday, July 12, the Little Rock VA is tightening up restrictions on its visitation policy as the Delta variant spreads rapidly in the state.

Chris Durney, Public Affairs Officer at Central Arkansas Veterans Healthcare System, described it as a difficult decision to make but one that had to be done to protect veterans and frontline workers.

According to Durney, all facilities in the Central Arkansas Veterans Healthcare System will transition to an "elevated alert" starting July 12.

Durney said this means that patients will only be allowed one visitor at a time that's over the age of 18.

If a patient is at the end of life care, two visitors are allowed to come in.

Masks will remain a requirement and only veterans with appointments or procedures that are unable to be done virtually are allowed inside.

"Leadership realized that we were seeing a bad trend upward with the number of people in our ICU, our COVID wards," he said.

According to Durney, there are currently 70 active cases in the hospital's system with 15 of those being in the ICU.

He described the vaccination rates among veterans as "lagging."

"We've vaccinated about 43,000 veterans and that's out of a population of about 68," Durney said.

Other major hospitals across the state, such as UAMS, Baptist Health, CHI St. Vincent and Jefferson Regional, aren't changing visitation policies right now but are monitoring it closely.

Durney said they hate having to separate the veterans from their families, but mentioned that it's the safest thing to do.

"We'll watch it every day. If for some reason starting next week people start to take this seriously and the numbers start to drop, we will reverse it immediately," he said.