MEMPHIS, Tenn. (localmemphis.com) – Every match, you can find Magan Hall cheering on 901 FC in their 90+ minute battle. But this week, Magan began a new c... 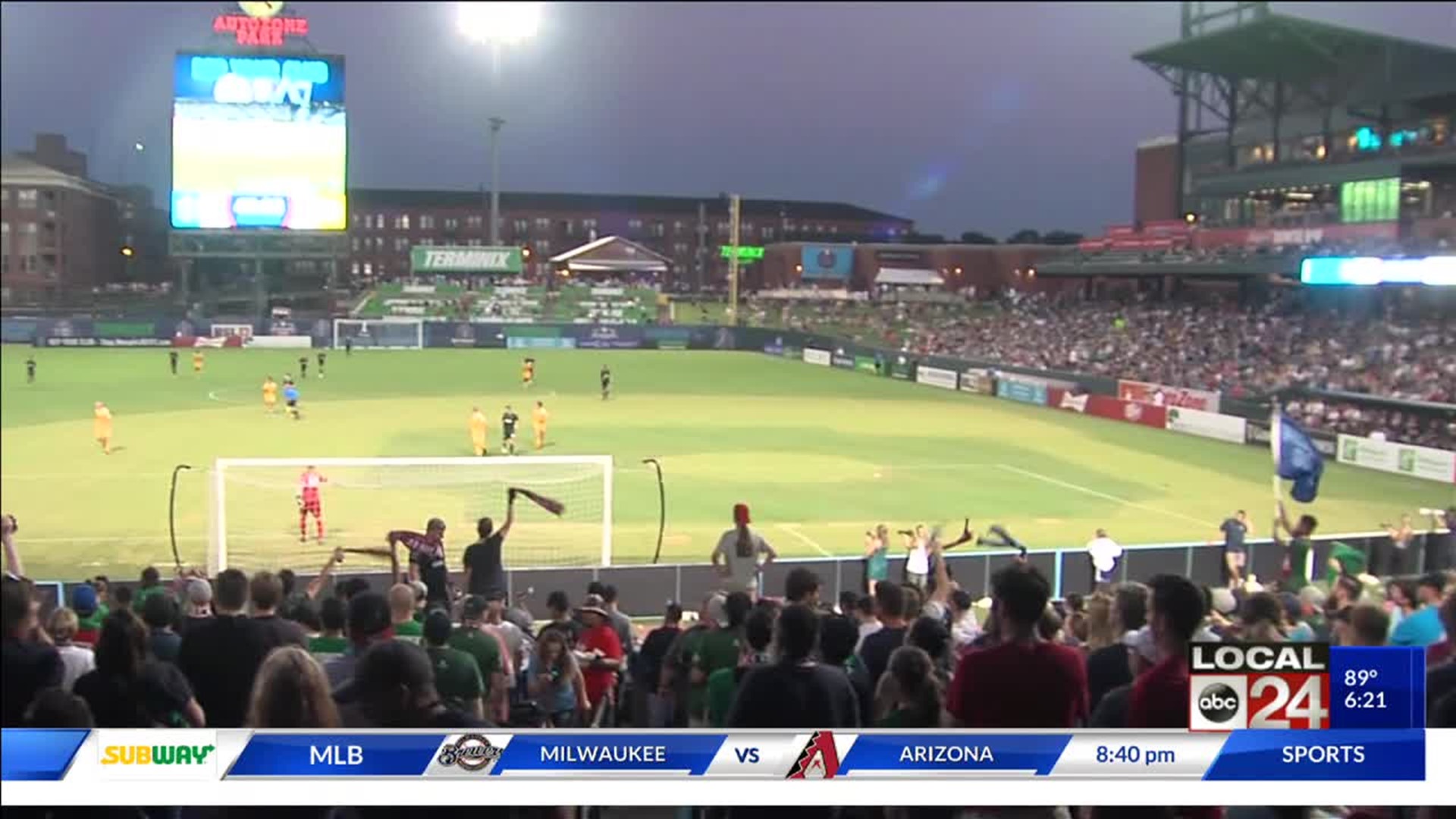 MEMPHIS, Tenn. (localmemphis.com) – Everymatch, you can find Magan Hall cheering on 901 FC in their 90+ minute battle. Butthis week, Magan began a new chapter, of a much longer fight.

“Iobviously went to a bad place,” Hall said. “It’s the first place yougo when you hear the metastasized word.”

“Therewas a lot of stress and anxiety. At home, the financial aspect. So this timearound, my husband was like ‘we can’t do this by ourselves,'” Hall said.

Alex,her husband, started a GoFundMe. They raised over $11,000 in the first 14hours.

“Itwas crazy,” Magan said. “I was obviously not expecting any ofthat.”

A catalyst for the initial flood of donations came from an Instagram post from a family friend, who happens to be Zach Myers, the lead guitarist of the rock band Shinedown.

Supporthas come from all over the world, but perhaps most passionately, from fellowmembers, of the Bluff City Mafia.

“Eversince we started this thing, we said it’s a family.” Bluff City Mafia capoParks Russell said. “One of our family took a big hit. So I want to doeverything we can to show that we actually mean that this is a family, so we’regoing to throw all the support around them that we can.”

Memphis901 FC forward Yochen Graf met with Magan and her family after a recent game.Before the club’s match against Nashville, Hall was named an honorary captain.

“Itreally, really, really has lifted my spirits,” Magan said. “Just thedaily messages of support. It really brightens my day, so were reallygrateful.”

Maganhas already begun treatment. It’s a reality all too familiar to the Hall family. Butwith every 901 FC match, comes a chance to suspend that reality.

“Weforget about, you know, the woes of life,” Alex said. “We cheer forour club, we’re arm and arm with our friends, and for 90 minutes we forgetabout everything, and just be happy.”

Abeautiful thought, on the beautiful game.

You can donate to Magan Hall’s GoFundMe campaign HERE.