Investigators are working to determine what caused the fire and have not yet released the names of the victims. 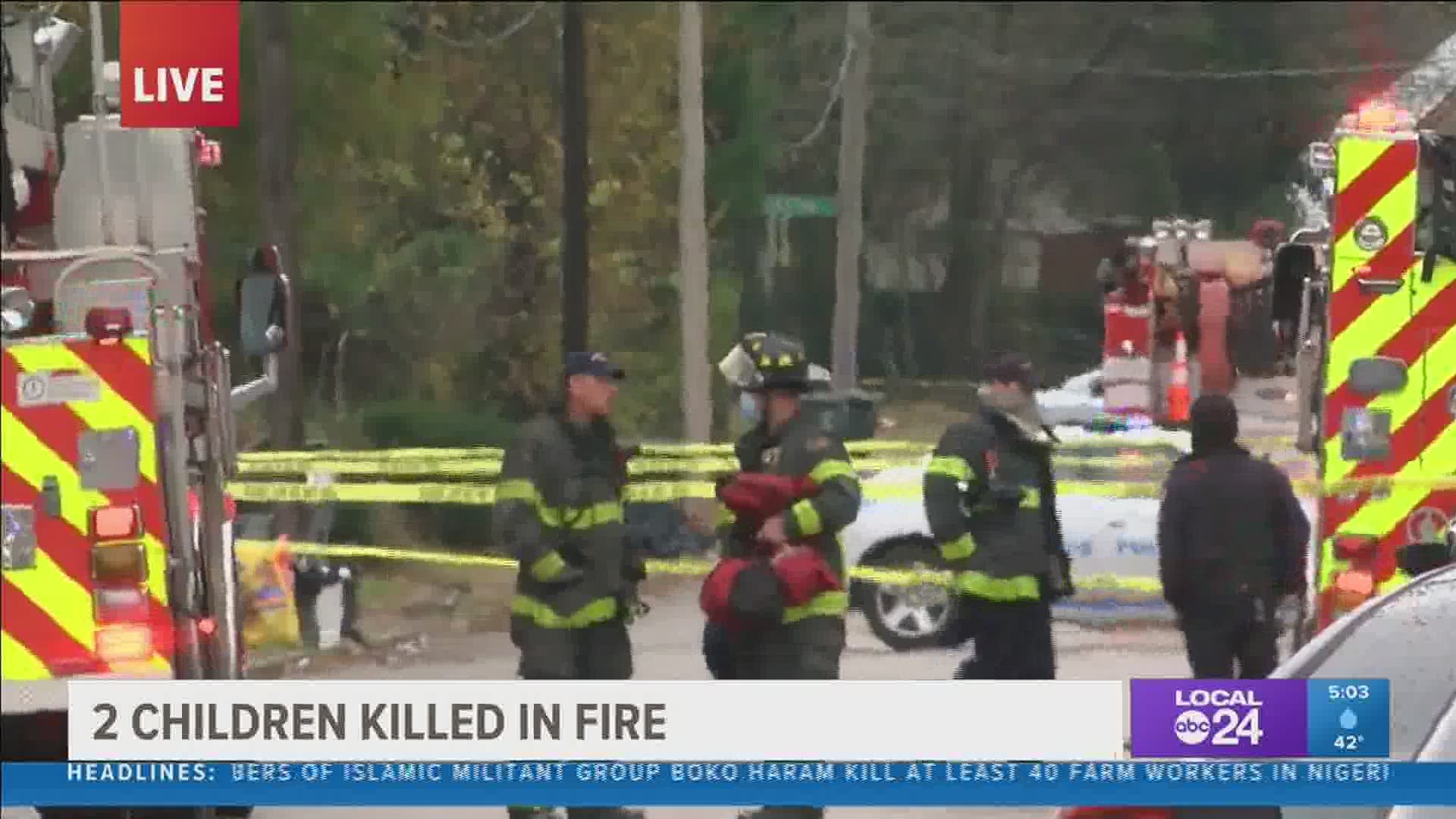 MEMPHIS, Tenn. — Fire and police investigators are on the scene of a house fire that killed two children and one adult in the Nutbush area of Memphis early Sunday morning.

Fire marshals found three victims inside the home. Two were pronounced dead on the scene.

Doctors could not save a third victim who was taken to LeBonheur Children's Hospital in critical condition.

Local 24 News saw Memphis homicide investigators on the scene and what appeared to be an arson investigation team, but so far no confirmation on whether foul play is suspected.

Investigators will only say they are working to determine what caused the fire.  They have not yet released the names of the victims.