After being cancelled in 2020, the National Civil Rights Museum's Freedom Award was back but with a new virtual format. 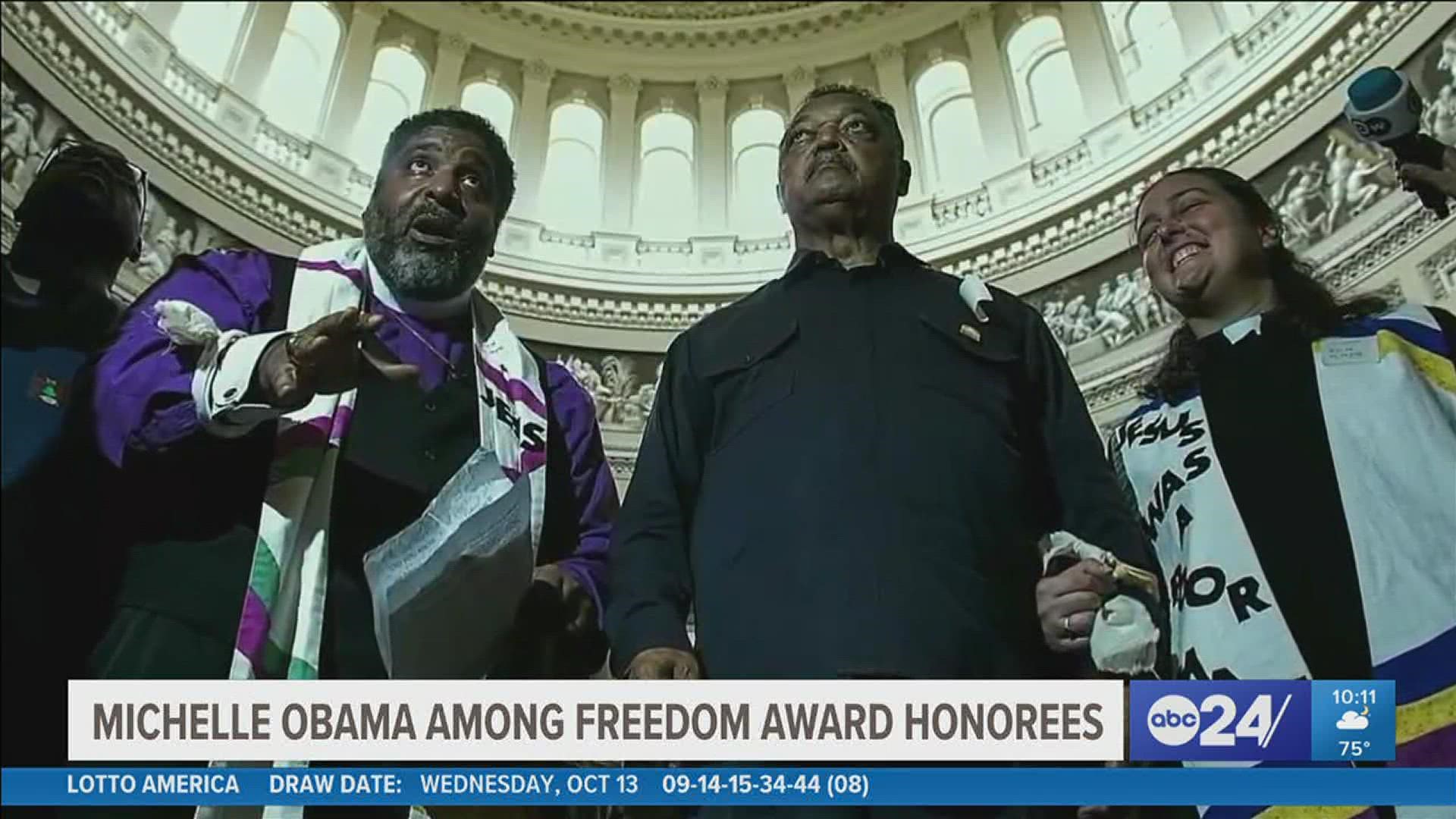 The ceremony was held Thursday night at the Orpheum Theatre Memphis. It wasn't open to the public but instead was live-streamed from its stage to a global audience.

In 2020, the ceremony was cancelled due to the pandemic.

This year's honorees being recognized as champions of civil and human rights are former First Lady Michelle Obama and the Poor People's Campaign.

The Poor People's Campaign is described as picking up the unfinished work of Dr. Martin Luther King Jr. to confront issues like systemic racism and poverty.

Obama was recognized for being a role model for women, advocate for healthy families, and her work of advocating for young girls through the Girls Opportunity Alliance.

As part of the award ceremony, Grammy-nominated artists Andra Day and Leon Bridges performed, as well as poet Amanda Gorman, who's inauguration speech for President Joe Biden brought her great acclaim. She performed her poem Fury and Faith.

On Thursday, October 14, actor and activist @LammanRucker will host the museum’s #30thFreedomAward.

The event also featured a special tribute to recognize Darnella Frazier, the young woman who's video captured the murder of George Floyd.

“Think about what has happened in the last year," Freedom Award Producer Faith Morris said. "This one is really reflective of what we’ve been through over these 18 months."

The ceremony, in its 30th year, coincides with the 30th anniversary of the National Civil Rights Museum. The first honorees 30 years ago were Coretta Scott King, Rosa Parks and James Farmer.

“It’s important to us to be tied to issues to create a platform through the Freedom Award and through every day programming to keep people grounded on what’s happening and celebrate the folks that are making a difference and encourage them to get involved and they are," Morris said.

The ceremony also serves as a fundraiser for NCRM. 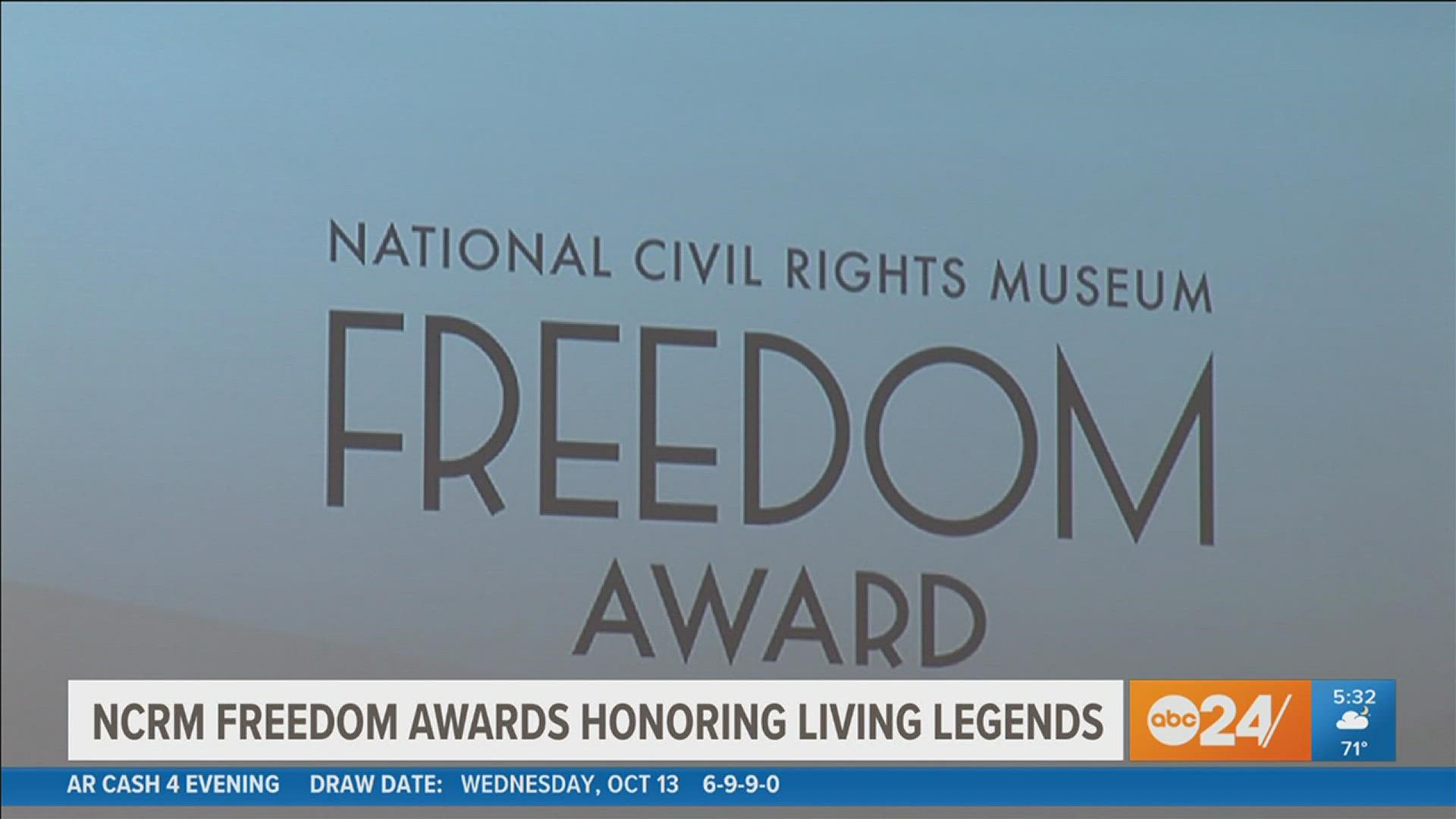 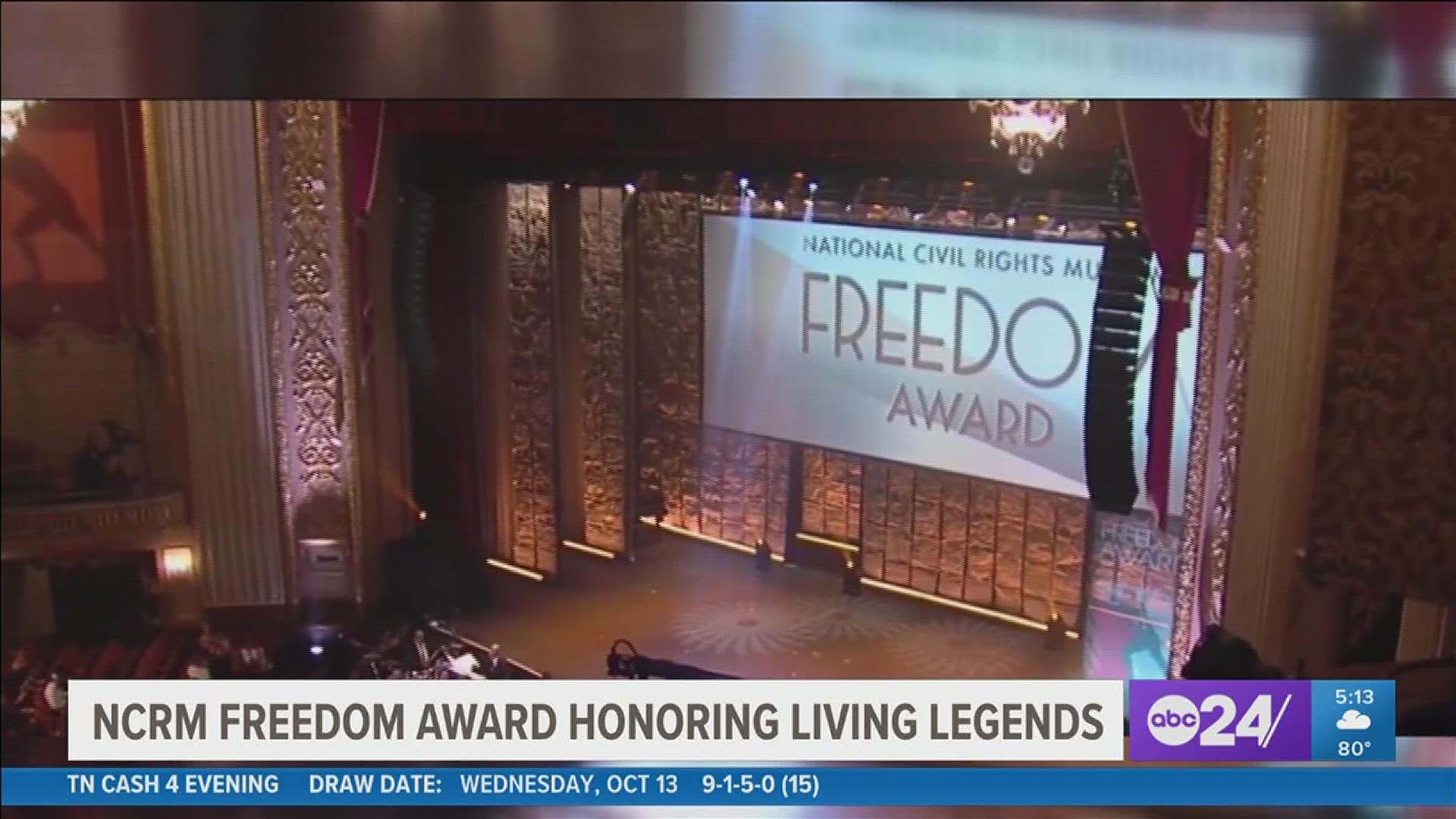