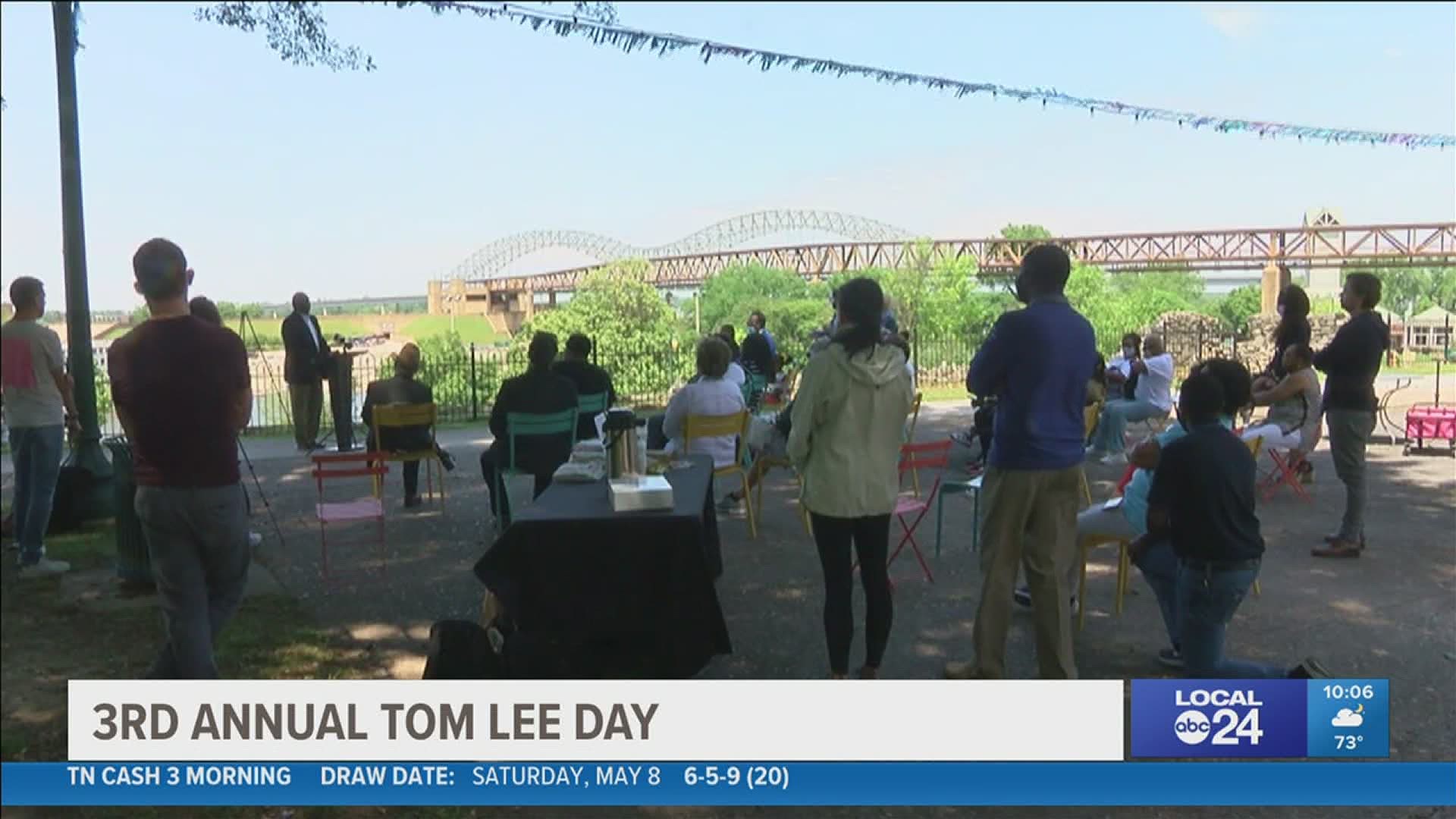 The event was hosted by the Memphis River Parks partnership on the riverfront in Downtown Memphis.

"I raised my daughter on this, Aria is going to know how to be involved and I just feel like ya know I need to be involved for her to see that," said Charmeal Neely-Alexander, great niece of Tom Lee. "So things are working out for Tom Lee 96 years later there are some rarely good people in Memphis and I try to make sure I come into contact with them."