The first season of ABC's "Women of the Movement" will focus on Mamie Till-Mobley, Emmett's mother. 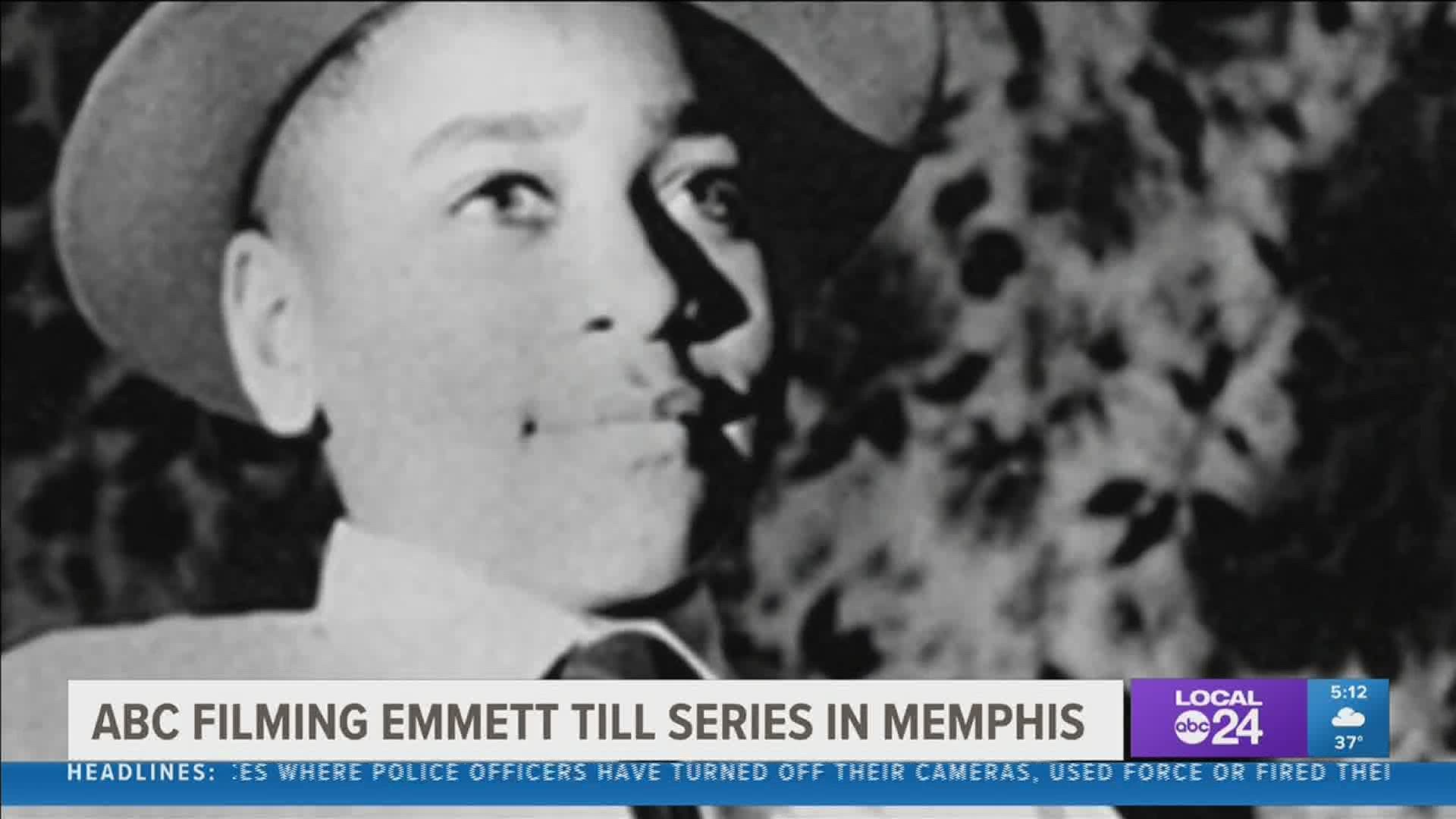 MEMPHIS, Tennessee — 65 years after the horrific murder of Emmett Till, a new TV miniseries will tell his story, largely focusing on his mother Mamie Till Mobley. Filming of the show will partly be done in Memphis.

ABC is currently filming its limited series, Women of the Movement, which will tell the stories of the brave and strong women of the Civil Rights Movement starting with the first season focused on Mamie Till Mobley.

Filming will take place in Memphis from Jan. 27-29.

In 1955, Till was lynched in Money, Mississippi, where he was visiting family. He was only 14-years-old at the time that two white men abducted him, tortured him, shot him and then dumped his mangled body into the Tallahatchie River.

His mother shocked a nation by putting the brutality of her son's murder in the spotlight when she held an open-casket funeral, showing everyone Emmett's mutilated body.

Benjamin Saulsberry, the Museum Director for the Emmett Till Interpretive Center, said they are honored and celebrating the miniseries focusing on sharing Emmett and Mamie's story after she shared the worst grief imaginable with the nation, shaping the Civil Rights Movement.

"Who's to say where we would be today if she had not taken, or shared the choice, that she did," Saulsberry said. "It’s not hyperbole to say that we are beneficiaries of her bravery and almost unhuman like strength to be that transparent.”

Filming is set to begin in Memphis for ABC’s “Women of the Movement”. The first season focuses on Mamie Till Mobley, mother to Emmett Till. We’re live on #GoodDayMemphis pic.twitter.com/G33j7X2p13

Memphis is set to play as the backdrop of Chicago in 1955, the home of Emmett Till. Filming will be partly be done in South Main.

Linn Sitler, a commissioner with the Memphis & Shelby County Film and Television Commission, said the production in Memphis is worth celebrating.

"I know people who live in that town and it's all part, an unfortunate part, of our history as a country," she said. "it's so important to tell this story and to tell it well and I'm so glad we're getting to be apart of it."

Sitler said on top of the historical significance of participating in the filming, it will also make an impact for local people.

"It benefits the people all in the different industries that we represent and it's not just the production industry," she said.

Some scenes have already been filmed in Mississippi. Saulsberry said the Sumner County Courthouse will also serve as a film location, the same courthouse where the infamous trial took place that let the two men unjustly walk away from their crimes.

"Being able to shoot in those actual locations, it reaffirms the history of what's being shared."

Saulsberry hopes the series will be an opportunity to educate people more about the Civil Rights Movement and encourage them to want to learn more about events that unfolded.

"My hope is that this mini-series... is one that brings more of us where we stop and say, 'Wow, there's so much to learn and now I'm going to take some time to try and learn', Saulsberry said.

Sitler said she believes the show will be successful in making an impact.

“The investment that ABC has made in this, and the capitol investment made in this, proves that they really want to use this, not just as a television series, as an outreach for education, history," she said.

Sitler estimates around 300 total "extras" will participate throughout the three days of filming. They'll be tested for COVID-19 before entering the set location.

The show is being produced by Jay-Z, Will Smith and Kapital. Gina Prince-Bythewood is the show's director. When it will air on ABC has not been announced yet. 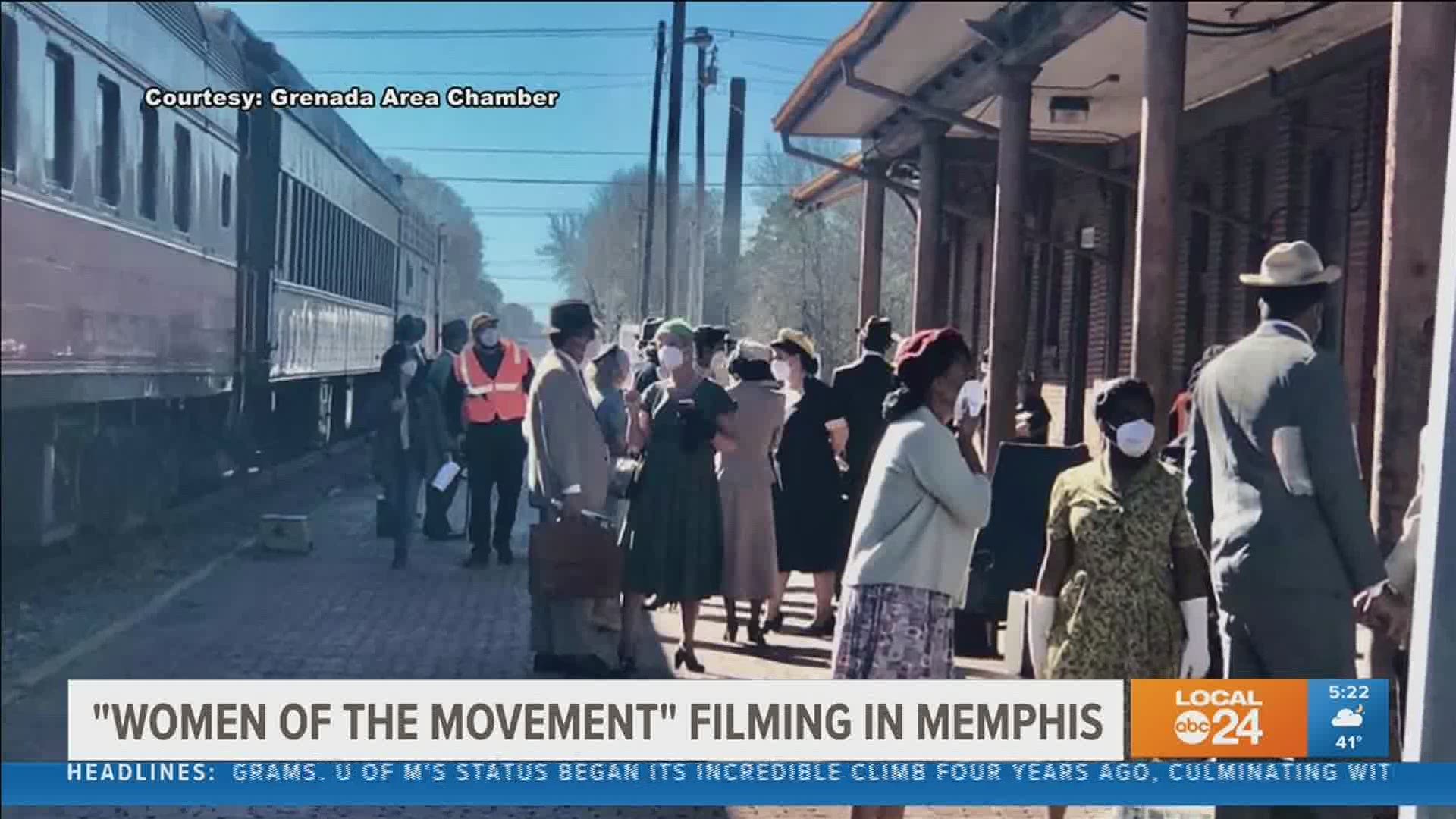