Federal Highway Association is assisting ARDOT and TDOT to repair and replace the major steel beam crack that shut down car and truck traffic indefinitely. 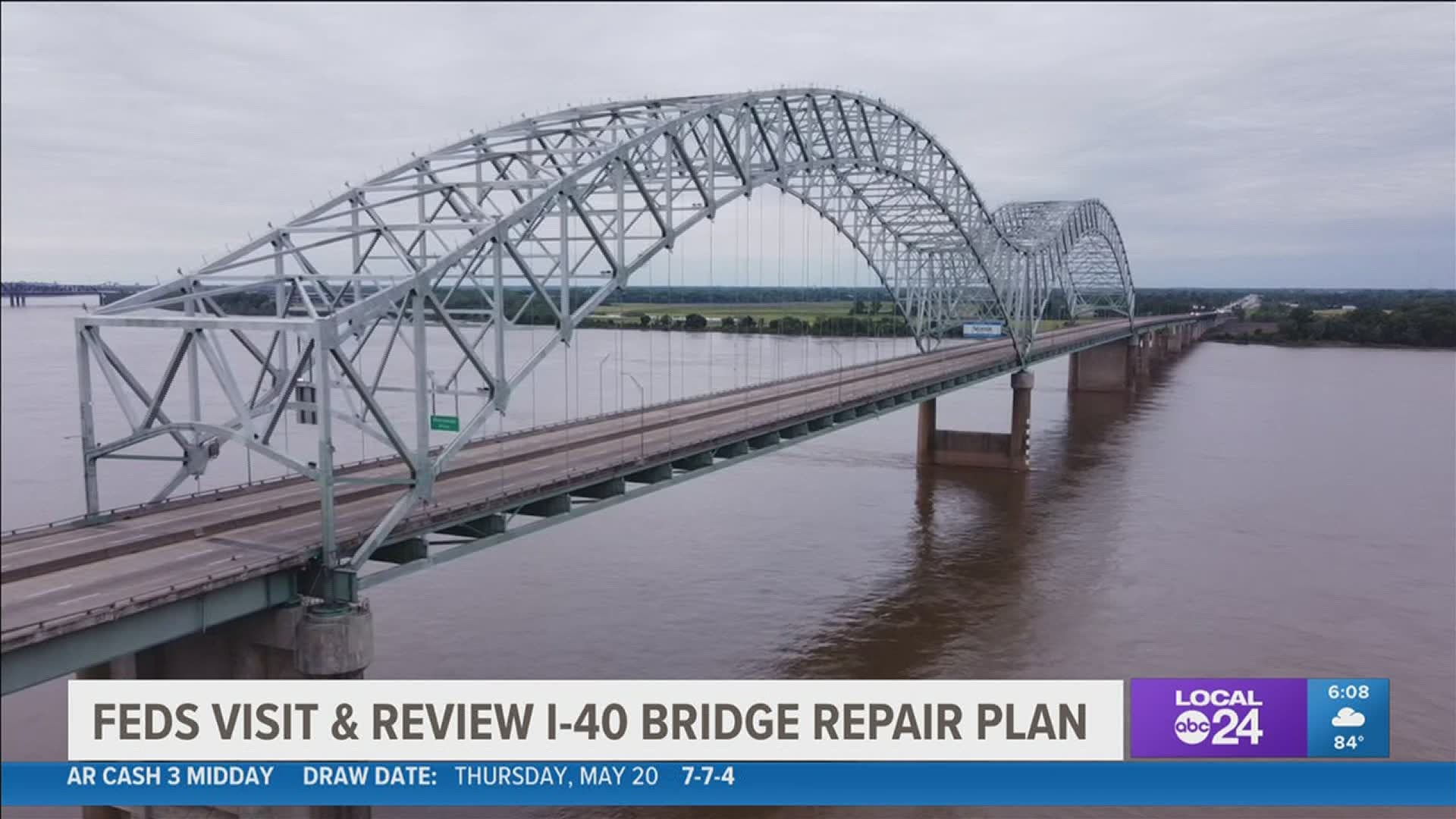 MEMPHIS, Tenn. — Thursday, acting Federal Highway Administrator Stephanie Pollack came from Washington to Memphis, to see the shutdown I-40 Hernando de Soto bridge up close, and to assist with major construction plans in the coming months.

"I am here to listen and to learn and make sure that people know that they have a partner in the Federal Highway Administration," Pollack said. "I'm introducing our local personnel to folks here so that as we all continue to work together for weeks, and probably a few months, until we get to that point where we can safely open the bridge."

Thursday, a Nebraska-based contractor prepped the work site on the I-40 bridge, including a temporary platform around the major steel beam crack that will be replaced. Its discovery last week shut down cars and trucks indefinitely from crossing the Mississippi River on that bridge.

Pollack promised the public the work will be more than a temporary band-aid.

"I was also hearing about the need to also have a longer term plan to make sure that traffic works, traffic on the river works, freight traffic works," Pollack said.

"It's a very significant project, It affects so many people in that area," Stupp Bridge Company Vice President Derek Clemons said.

Clemons is overseeing work from that Bowling Green, KY based company, which will soon provide two nine-ton steel plates to stabilize the I-40 bridge for crews.

"That will help hold the heavy equipment in place necessary to make the permanent repairs," Clemons said.

A TDOT spokesperson said Thursday the stabilizing steel plates for the I-40 bridge could arrive as early as this weekend.

For now, truck drivers and drivers are being alerted of the I-40 bridge detour as far east as Nashville and as far west at Little Rock, Arkansas.

A detailed timeline of construction repairs and an estimated timeline on when cars and trucks can return to the I-40 bridge is still being finalized.

Crews are mobilized and started preparing the platform for phase 1 work on the I-40 bridge in #Memphis pic.twitter.com/RKxnqviXiv