"Cooper's Song", written and recorded by Rachel Hart, has 1.6 million views on TikTok. 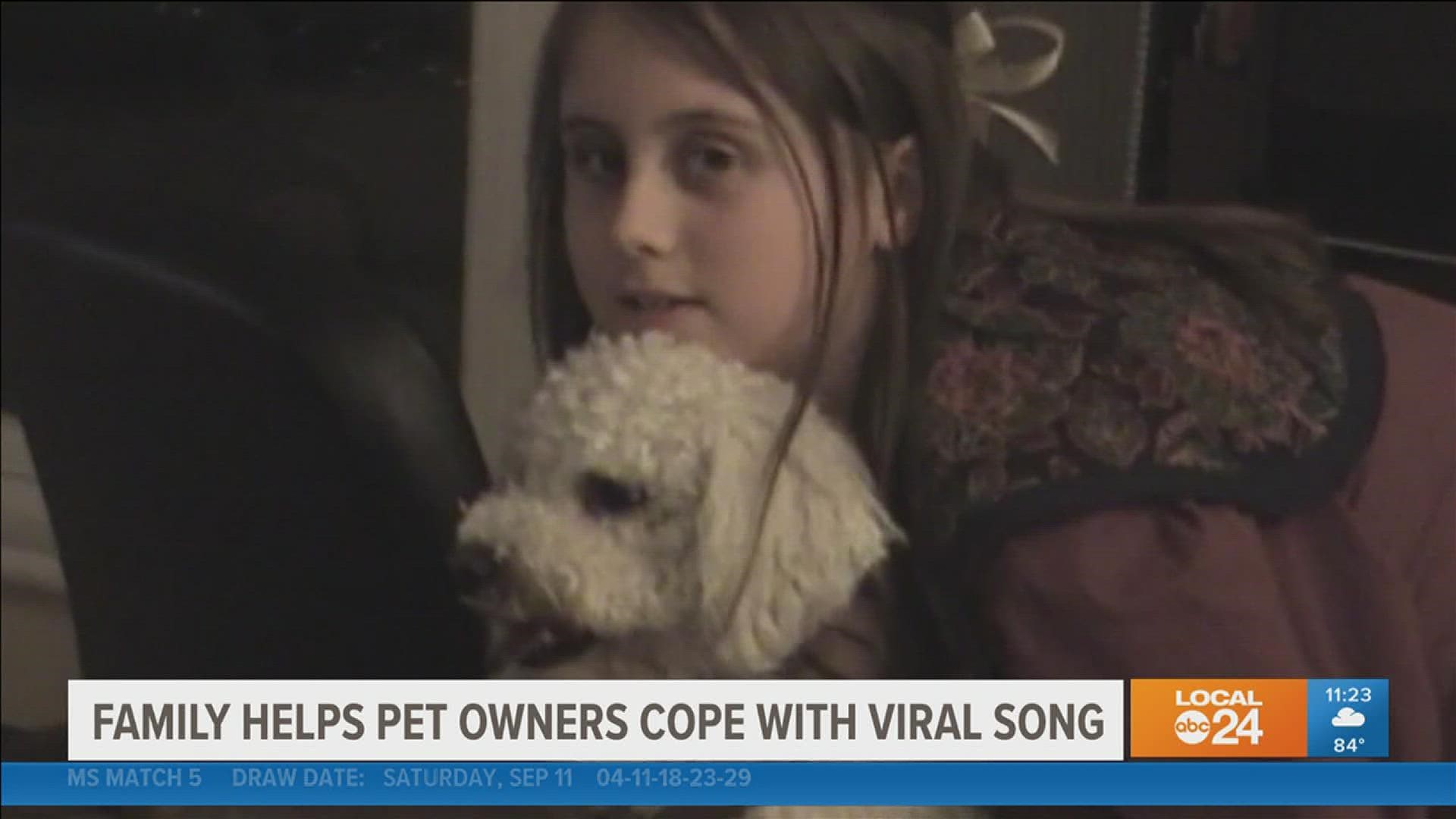 MEMPHIS, Tenn. — The pain of losing a pet is a feeling many can relate to. One Tennessee woman took what her family was feeling after losing their dog Cooper and turned it into a song that is helping others.

The first video of 'Cooper's Song' on TikTok has 1.6 million views.

Rachel Hart, who is originally from Milan, Tennessee, recorded the song in her Memphis apartment while a student at Southern College of Optometry. Her family had recently lost their dog Cooper, who died the day after Christmas.

The song quickly got the attention of the popular Facebook page, The Dodo. The site also created a music video for this song that can be seen here.

She recorded the song to help her family, but what she didn't know was just how many other people it would help too.

“[Cooper] just brought a lot of light into our lives so it was really dark for a while after he passed. And maybe two days after he passed, my mom looked at me and was like, 'we need a song to grieve when our dogs pass away'", Hart said.

For all of us who've lost a perfect dog, this will put your heart back together again ❤️

The response was nearly immediate with people writing comments about how much the song has helped them in their own grief.

“I’ve had people just like pouring out love and pouring out their sadness of losing their dogs," Hart said.

She hopes the song can continue to help people whose pets also went over the rainbow bridge.

“So many people have felt the exact same thing that you’re feeling, and I think it’s really comforting to know that we’re all in this together. And life is really hard sometimes but dogs bring a lot of joy and it’s worth every bit of pain when you lose them," she said.

'Cooper's Song' can be found on Spotify and Apple Music.