After three days of no running water or working toilets, things are improving at Shelby County Jail

Shelby Co. Sheriff's Office says water pressure is improving but trucks filled with water are still being hauled to the building and water is being rationed inside. 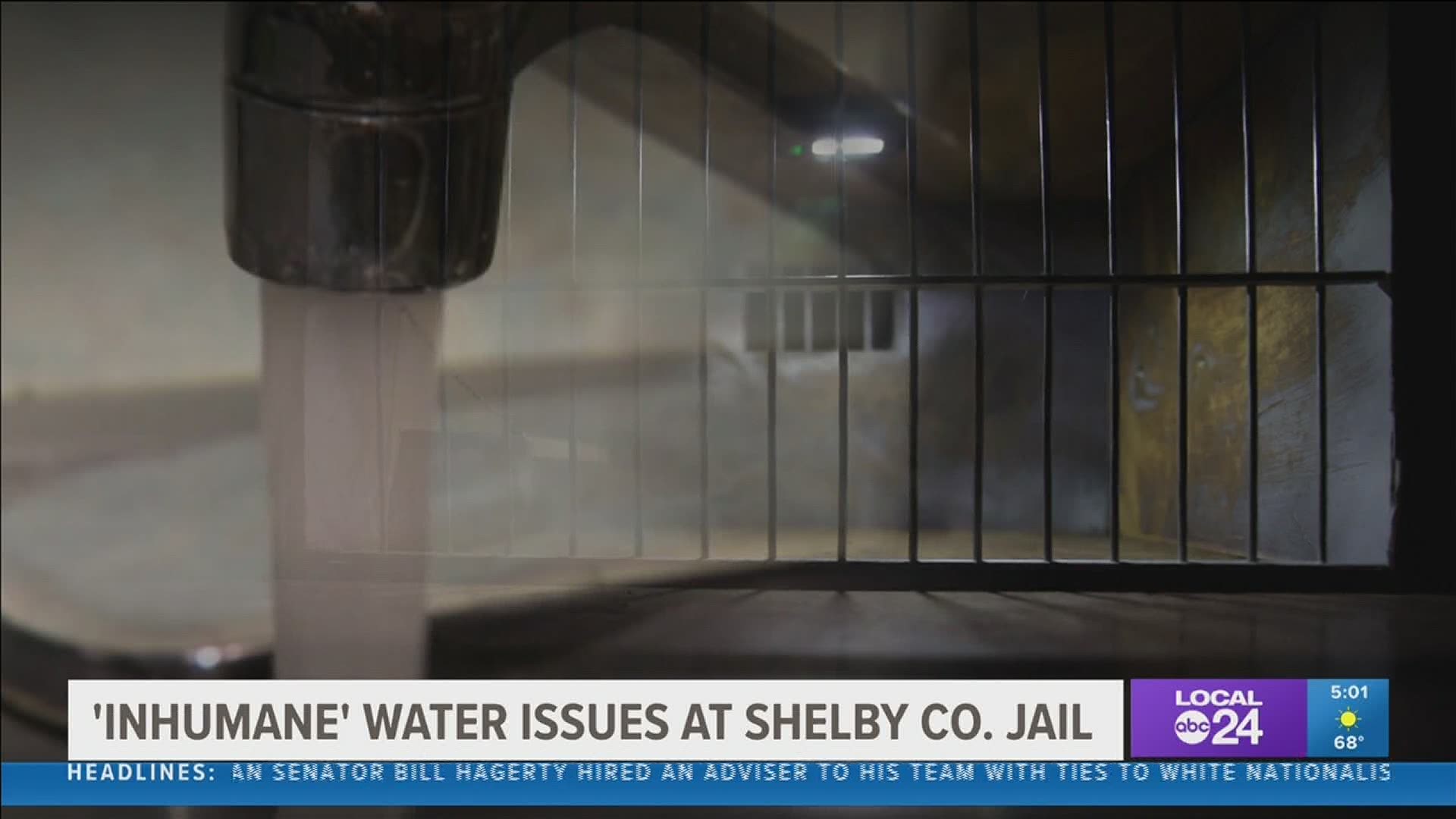 MEMPHIS, Tenn. — Inhumane. That's how some are describing conditions at the Shelby County Jail.

For three days there was no running water or working toilets at the jail because of water pressure issues.

As of Tuesday morning, a Sheriff's Department spokesman told Local 24 news the water pressure situation improved enough to where toilets can now flush but the water woes are far from over. Trucks filled with water are still being hauled to the building and water is being rationed inside.

#MLGW crews are hard at work repairing ruptured water mains across Shelby County. We appreciate the work our crews are doing to restore services to all customers. As President Young says, "The patient is out of the ICU." #ServingYouIsWhatWeDo pic.twitter.com/A4YrZ6fGzn

"My brother he is in there and I don't think he has taken a shower in like 6 days," said Rashad Bonds, a Shelby County resident.

Bonds said his brother described the situation in the jail as chaotic and disgusting.

"He said the toilets ain't flushing if someone uses the restroom for a number 2. It ain't flushing so you got to deal with the smell keep the facemask on at all times," said Bond.

"You have circumstances that sound to me like a refugee camp but maybe not even as good," said Josh Spickler with Just City, a non-profit group that helps pay bond for those arrested. Spickler says because of a staffing shortage the inmates have also been on lockdown, which means they spend the majority of the day in their cell.

"Now the time spent in those tiny cells is spent without water and without flushing toilets without basic sanitation provided which makes it all the worse," said Spickler.

The water pressure may be increasing but Spickler says a lot of questions remain...regarding sanitation and what is happening inside the jail

"The constitution of the United States is very clear on to treat people like them and they are being denied  many of their constitutional rights right now," said Spickler.