Facebook will not be allowing users to organize events near the US Capitol, state capitols, or the White House leading up to the inauguration. 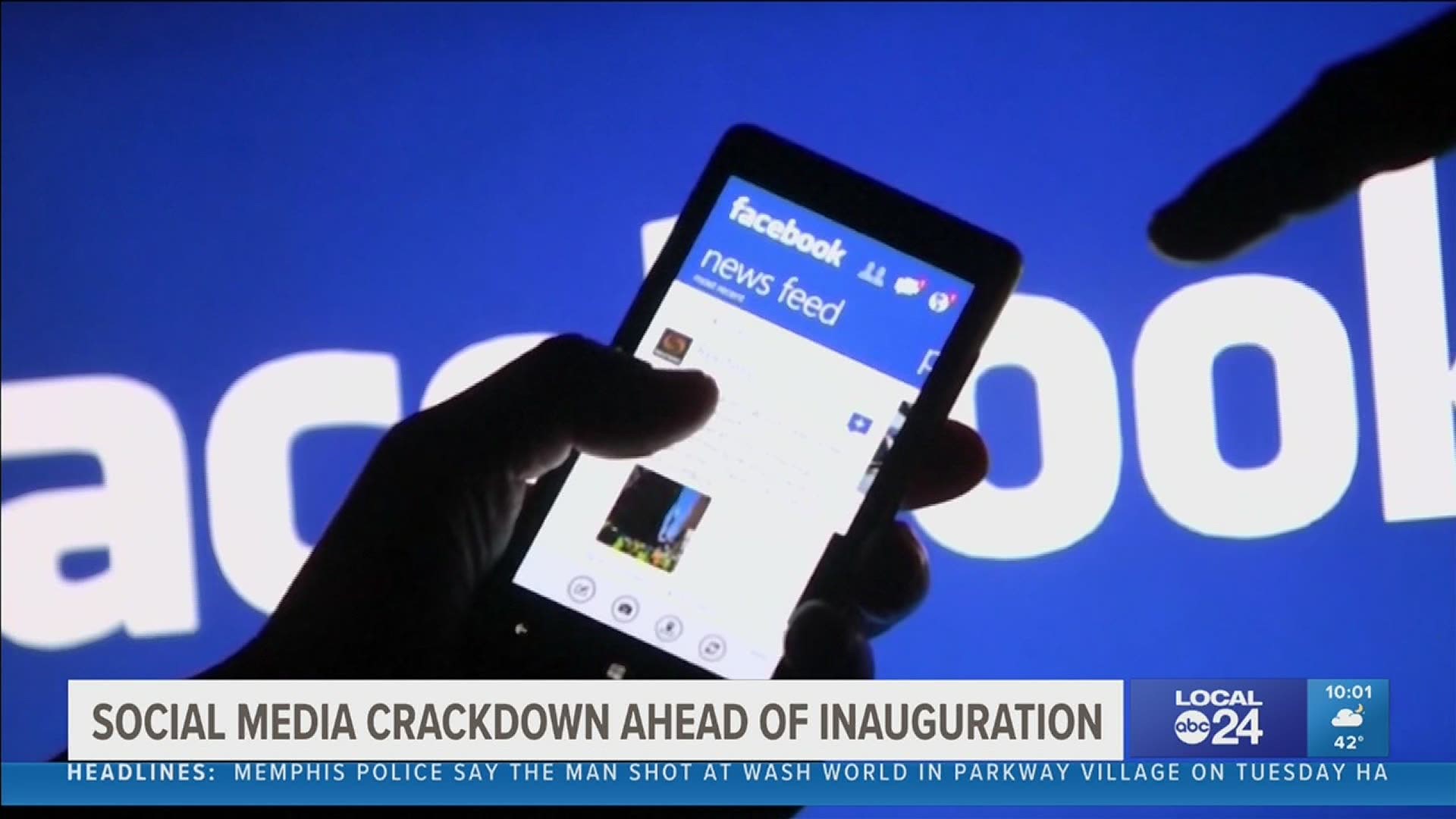 MEMPHIS, Tenn. — Facebook will not be allowing its users to plan events near the U.S. Capitol, state capitals, or the White House through its platform until after the inauguration. In a statement, the social media company said its taking precaution after the deadly violence at the U.S. Capitol last week.

"We’re monitoring for signals of violence or other threats both in Washington, D.C. and across all 50 states. In the lead up to Inauguration Day, we have implemented a series of additional measures to continue preventing attempts to use our services for violence," Facebook said.

Facebook said it will also not allow political advertisements among other restrictions on its site for the time being.

"This includes our ongoing pause on all political advertising. And, as we did in the weeks after the presidential election, we are promoting accurate information about the election and the violence at the Capitol instead of content that our systems predict may be less accurate, delegitimizes the election, or portrays the rioters as victims," Facebook said. "We have also implemented specific measures to reduce opportunities for abuse in Groups."

Is this silencing individuals, ideas, or actions?

"I would really caution against this idea that Facebook has the power to silence anybody," Edgar said. "People will always find different ways of organizing and action and spreading their ideas."

With Facebook being a private company, it's allowed to make any rules or regulations for its platform.

Memphis activist Hunter Demster is already seeing limitations with his personal page, such as not being able to comment on posts or in groups.

"Most of the people I’m seeing that have a similar sanction as me on Facebook right now are non-violent activists who are actively fighting against violence," said Demster.

He's concerned that peaceful protesters will be categorized with violent protesters.

"If they are trying to level the playing field to me that is bringing down the work of activists and organizers fighting for social justice-related issues," Demster said.

Edgar said social media accounts are not "public utilities" that we have a guaranteed right to but in moments like this, it seems like the most effective way to share a message.

"This idea of being silenced and feeling you don’t have access to this platform the way that maybe we expect isn’t really a new idea," Edgar said. "It’s just being much more public discussed at this moment."

Demster said despite the efforts by Facebook, it won't change anything.

"We don’t do it via these social media channels anyway," Demster said. "All of this that they are doing has not curbed our organizing at all."