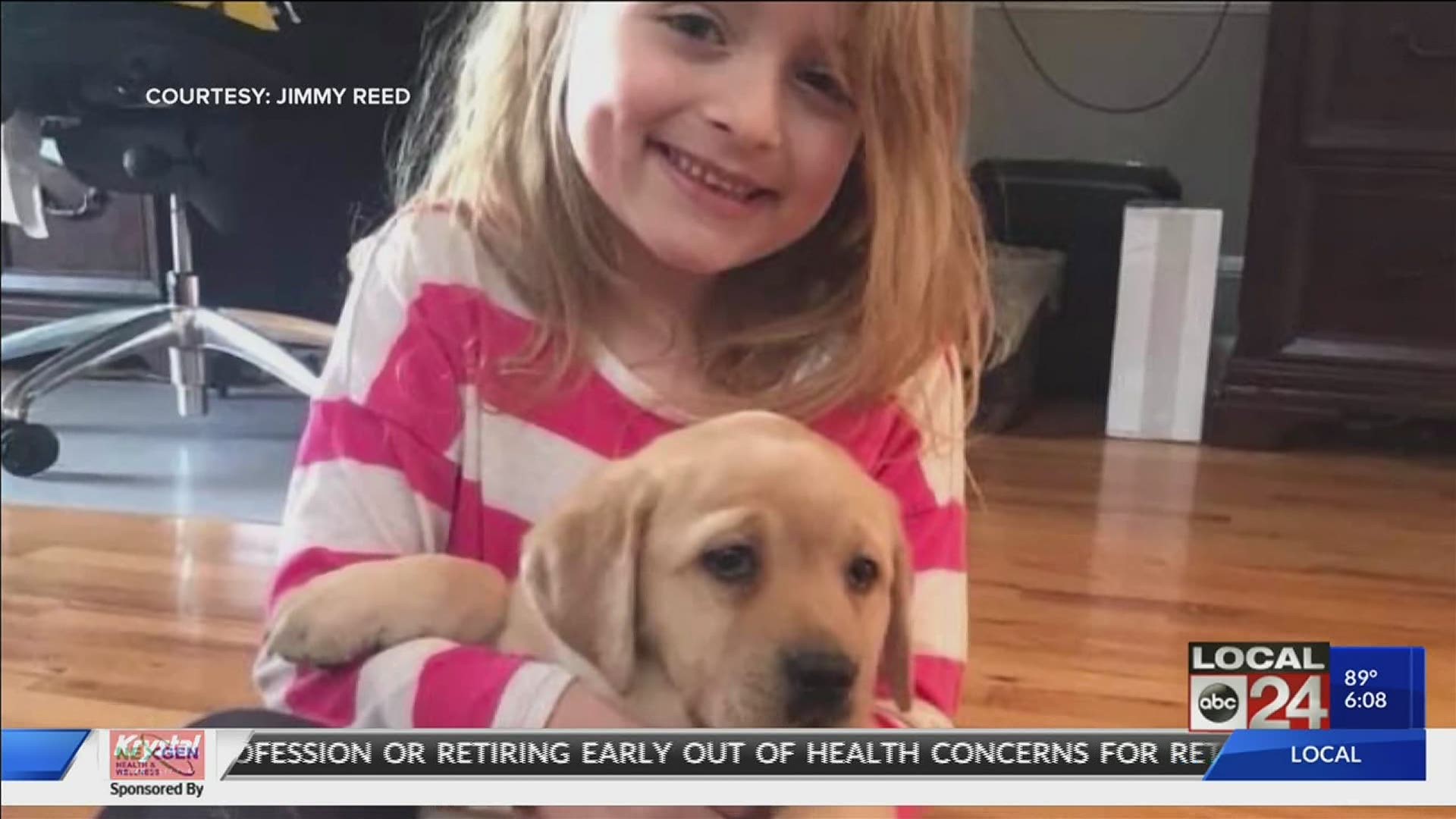 MEMPHIS, Tennessee — A dog dispute in Arlington is at the center of a lawsuit.

The family of an 8-year-old disabled girl is suing the child's service dog trainer of fraud.

We first introduced you to Ava Reed in 2018, when the Arlington community began raising money to get the child a service dog, but the family says they didn't get what was promised.

"We weren't looking for this. All we wanted was a service dog for our daughter," said Ava's father Jimmy Reed.

Reed says he hoped when Maggie joined the family, it would improve his daughter's life and mobility issues. Ava Reed has what's called Charcot Marie Tooth disease, a neurological disorder that makes it difficult for her to walk and maintain her balance. Getting a mobility dog was supposed to help her get around.

Maggie, an English Lab, joined the family when she was just 8-weeks-old. More than a year later, the family says its barely trained.

Jeff Tawater, with K9 Direction is who was responsible to train her.

Lawsuit over a service dog accuses the trainer of fraud and breach of contract. Family of the dog says it’s barely trained.

"We are of the position that Mr. Tawater knew from probably the beginning that he did not have the skill set the ability to train a dog to this magnitude," said Monica Timmerman, Reed's lawyer.

She added, "They love their dog, but it is not a service dog not by any stretch  of the imagination."

On the phone Tawater told Local 24 News he hadn't seen the lawsuit but said,  "I offered to pay a third party arbitrator to work through this problem so we could get a resolution, so we could move forward with Maggie's training."

He added he did everything he was supposed to do. According to the lawsuit, the family wants to be able to keep Maggie and they want the money that was not spent on training put into an account so a true service dog can be purchased.

Jimmy Reed says filing a lawsuit was the last thing he wanted to but felt it was necessary.

"We had to stand up and make sure he doesn't do this again," said Reed.

Tawater told Local 24 he is dissolving his company K9 Direction. He said the unspent money will not be given to the Reed family,  it's being transferred to a nonprofit group in Georgia.