As Memphis in May kicks off next week, future face of Tom Lee Park remains an open question

There's a different kind of buzz this week on the Memphis riverfront, as crews set up Memphis In May's kickoff event: the Beale Street Music Festival. 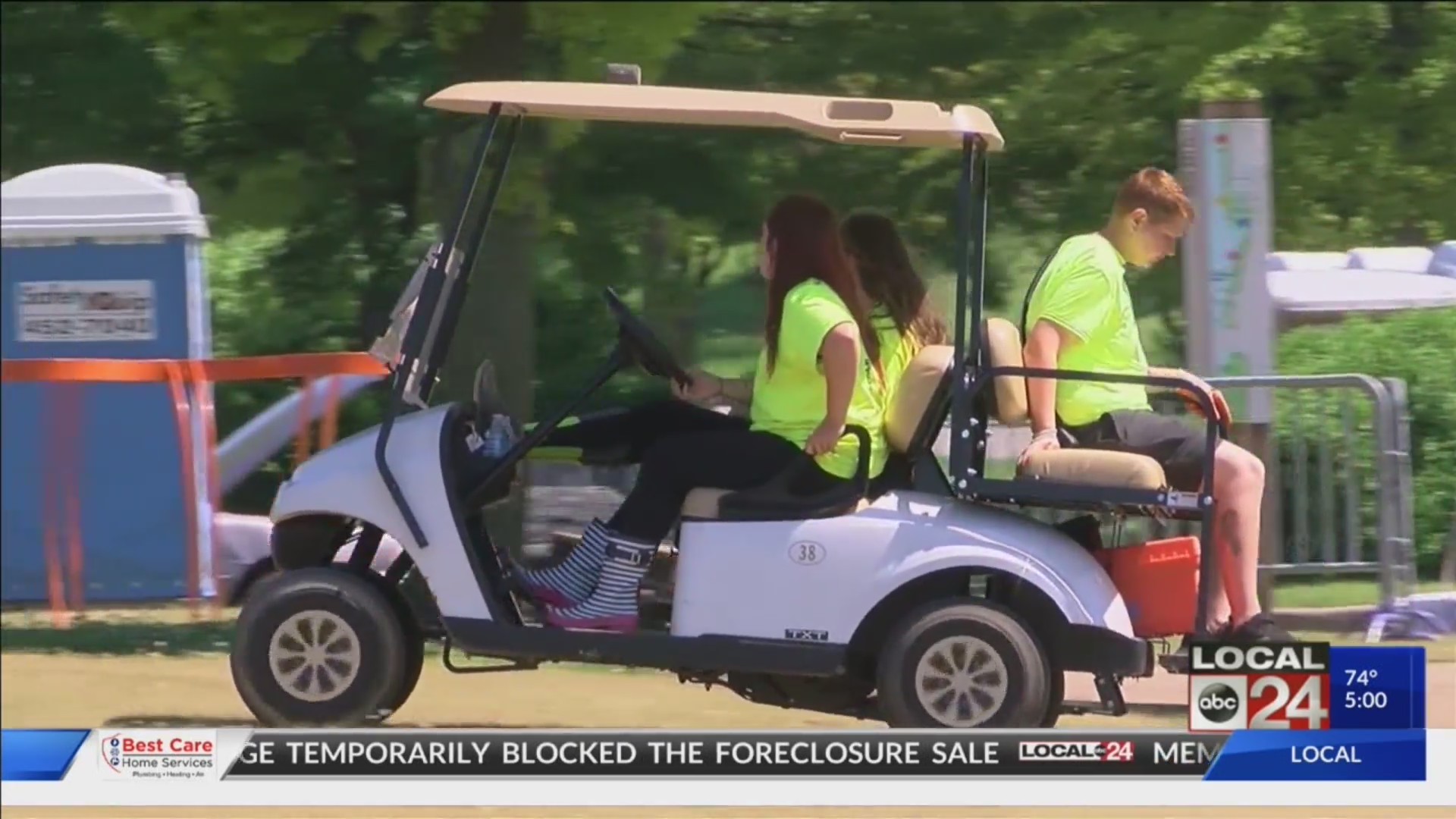 MEMPHIS, Tenn. (localmemphis.com) – There’s a different kind of buzz this week on the Memphis riverfront, as crews set up Memphis In May’s kickoff event: the Beale Street Music Festival.

This year’s festivities stand out in a different way. It’s expected to be the festival’s last year on Tom Lee Park as we know it, ahead of a scheduled major redesign.

If the redesigned park is built out as planned, the wide-open space would look dramatically different, with trees, hills, and nature areas around the festival spaces.

It’s also still unknown whether the 2020 Memphis In May festivities will need to be relocated elsewhere to accommodate construction.

“It’s a busy six days ahead for us,” Robert Griffin with Memphis in May said.

There’s little time to waste for crews, on the ground and up high, as they set up stages, tents, and trailers for the 2019 Beale Street Music Festival, kicking off next Friday.

“Fortunately, we have everything down almost to a science, everything is very well choreographed,” Griffin said.

But that design dance at Tom Lee Park is expected to change significantly and permanently.

“A lot of that is still up in the air,” Griffin said.

The Memphis River Parks Partnership is raising $70 million for a major redesign of Tom Lee Park, which will transform the 30 acres of riverfront land.

“This is kind of our front door and this is an opportunity for all Memphians to come down and enjoy it, so we want to make sure that it’s right,” Griffin said.

After Memphis in May leaders voiced concerns about the impact the redesign could have on their annual events, Memphis Mayor Jim Strickland appointed a mediator to oversee the negotiations. That mediation is ongoing.

“I think both sides are hopeful that we can result in a park that will answer the needs of both parties and, most importantly, answers the need of what Memphis looks for in a park on the riverside,” Griffin said.

A Memphis River Parks Partnership spokesperson declined comment Friday on the mediation, but said earlier this year the goal is to enhance Tom Lee Park and make it a year round draw, including Memphis in May.