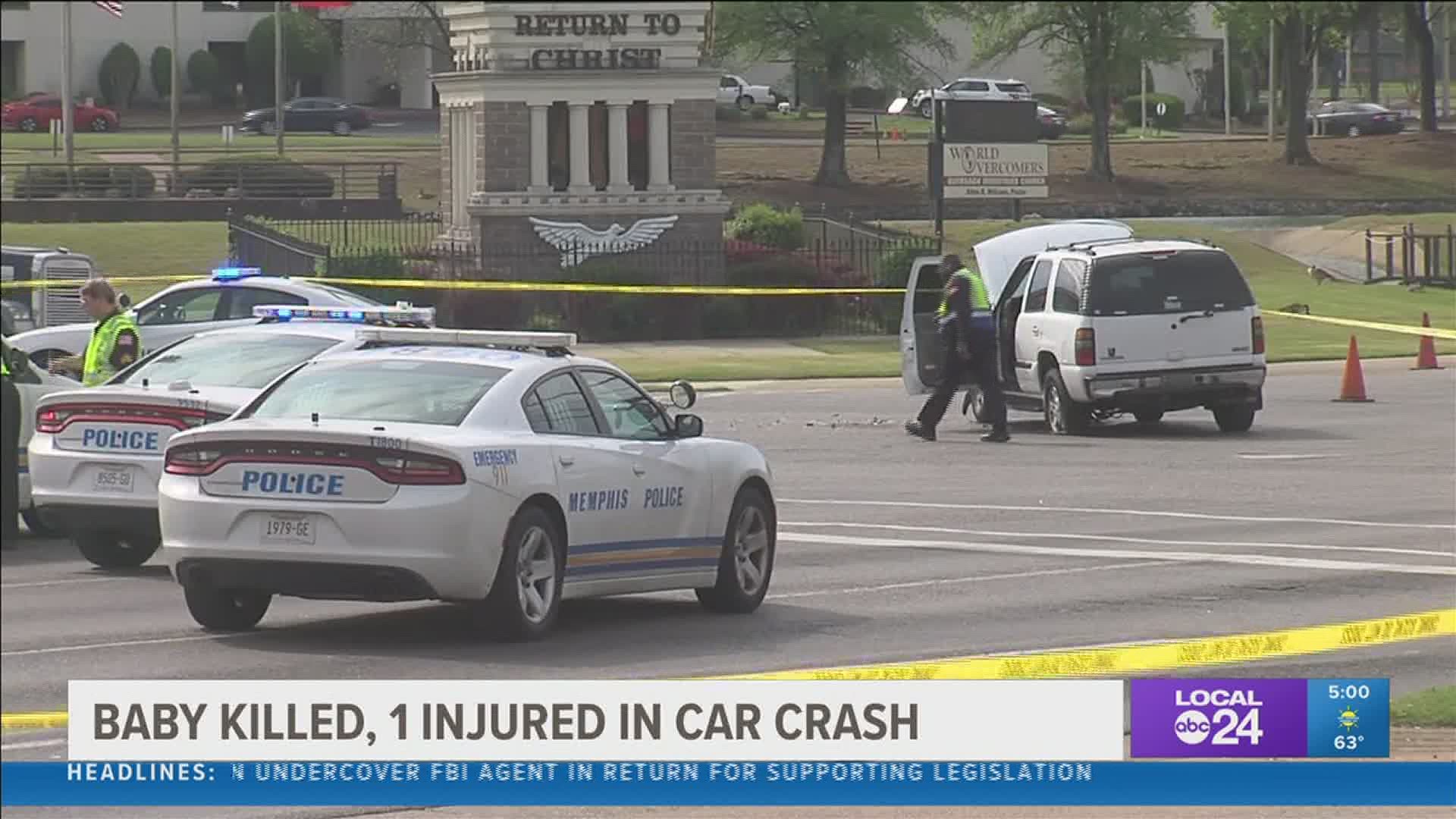 MEMPHIS, Tenn. — A baby was killed Friday morning in a crash in Hickory Hill.

According to the Memphis Police Department, it happened at Winchester and Kirby Parkway.

One person was taken to Regional One Hospital in non-critical condition, a baby died on the scene.

Officers are on the scene of a crash at Winchester and Kirby Parkway. One person was transported to ROH in non-critical condition, and a baby was pronounced dead at the scene.
The investigation is ongoing.

This investigation is ongoing.