MEMPHIS, Tenn. (localmemphis.com) – Local 24 News political analyst and commentator Otis Sanford shares his point of view on a bill that would name the Bi... 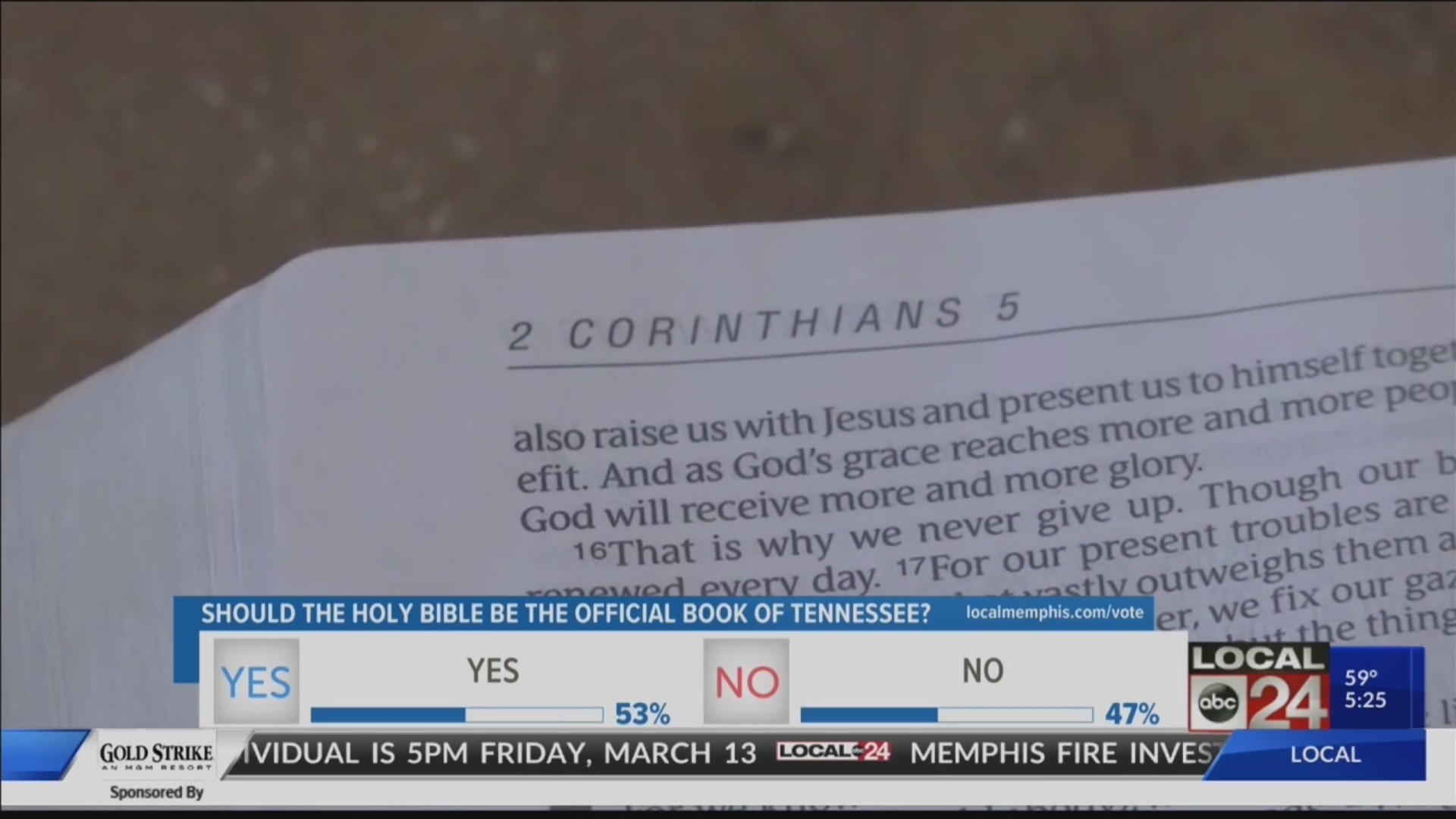 MEMPHIS, Tenn. (localmemphis.com) – Local 24 News political analyst and commentator Otis Sanford shares his point of view on a bill that would name the Bible the official state book of Tennessee.

Once again, political pandering is on full display in theTennessee legislature. And to no surprise, it involves religion. A couple ofRepublican lawmakers have introduced a bill to designate the Holy Bible as theofficial state book. And if you’re thinking, we’ve been down this road before,you’re right.

The legislature passed a similar bill in 2016. But former GovernorBill Haslam wisely vetoed it. And for good reason. It’s clearlyunconstitutional.

And yet, here we are again four years later with the same bill.You have to wonder if these legislators have ever read the First Amendment tothe Constitution. If they have, they would know it forbids government fromestablishing laws respecting a particular religion – or preventing anyone frompracticing the religion of their choice.

But let’s be honest. This is not really about religion at all.It’s about politics. And specifically, election year politics. Both sponsors ofthis year’s Bible bill are up for reelection this year. And what better way toshore up their conservative support than to be seen fighting to make the GoodBook the official state book.

But aside from running afoul of the First Amendment, this billtrivializes the Bible. Should it become law, it will certainly be challenged incourt. So let’s stop this pandering in its tracks. Lawmakers should abandon theBible bill. And start doing what the Bible says. And that’s my point of view.