“Yeah, I can’t see. That shouldn’t stop me from what I want to do” | Blind drum major leads East TN marching band

Braden Owens has been blind since birth, though he said he can see light and has some peripheral vision. 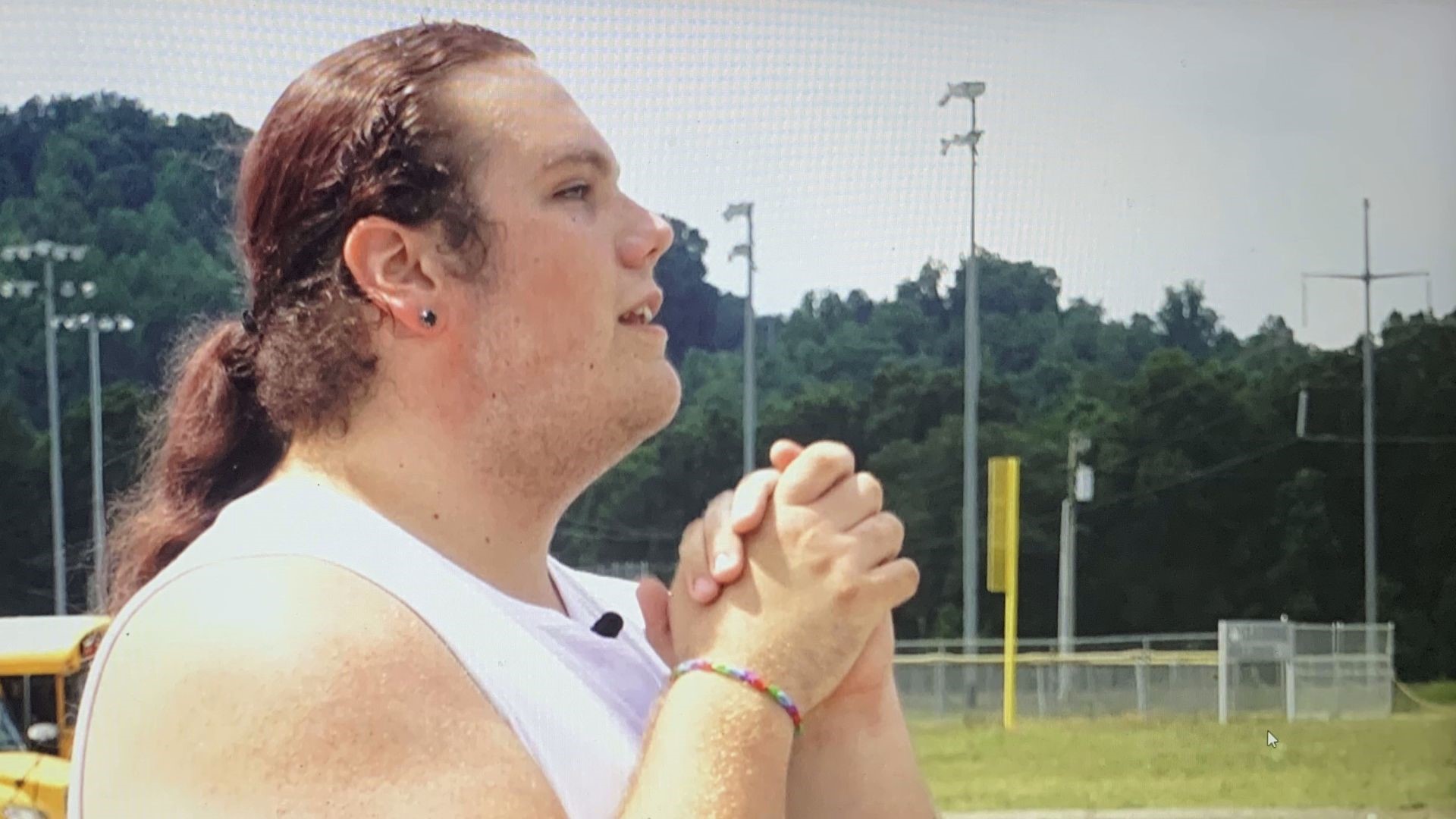 One of them is Braden Owens, who never thought he'd actually get the chance to be in that top role.

He knows he's strong musically, but wasn't sure his conducting was good enough.

His doubt had nothing to do with the fact that he can't see.

"I have peripheral vision and I can somewhat see out of the front, it's just I can mostly see light," he said.

Owens was born visually impaired, but that hasn't really held him back.

“You have the cards that you’re dealt, so you just play with them,” said Owens.

For Owens, those cards are musical.

He can play the clarinet, guitar, pretty much anything, and he generally learns music by ear.

"I wanted to actually prove to people that you can do whatever you want no matter what you're facing," said Owens.

He started playing clarinet in middle school band, and his band director Caleb Howard has been his biggest cheerleader along the way.

"I've seen him grow from a shy little boy in seventh grade to a productive young man who is going to be a killer contributing member to society one day and I can't wait to see everything he accomplishes," said Howard, Director of Bands for Claiborne High School.

Howard chose Owens as a drum major because of his presence and how he commands the band.

It just so happens that the other drum major, Whitney, is Owens' girlfriend.

Band is his support system and he can't wait to take senior year by storm.

"I just want to prove to people that you can do anything," he said. "And like the people, like the incoming freshmen or anything who are like 'I can't do this, I can't march.' If I can do it, so can you."

Owens hopes to study music performance at ETSU next year.

RELATED: 10 Rising Hearts: Student turns her passion for dance into a ministry