MLGW updated Shelby County residents that the Boil Water Advisory will not be lifted Monday, and they urged conservation efforts to continue 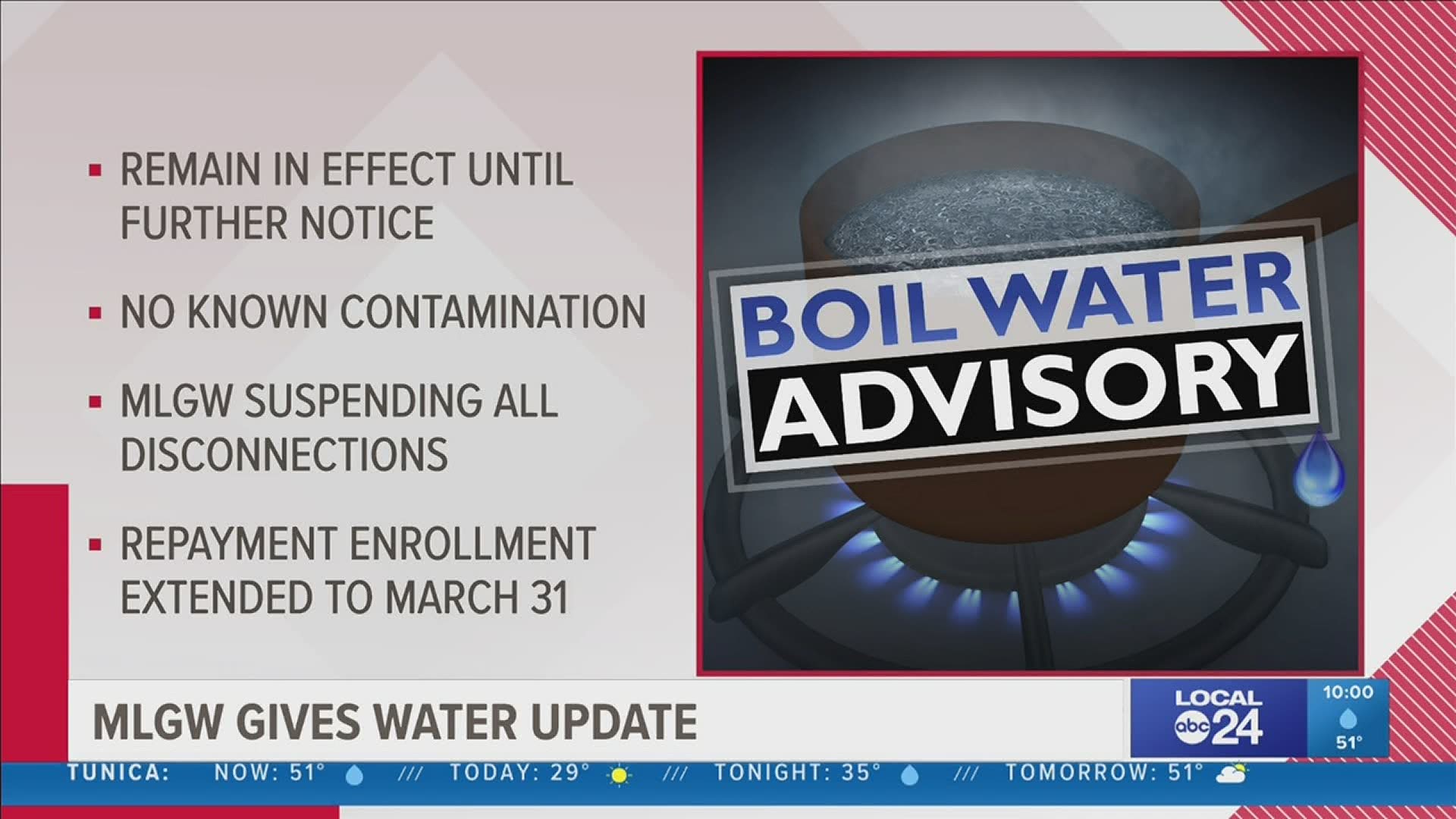 MEMPHIS, Tenn — Winter Storm 2021 is over, but many are still feeling the effects of the chilling week.

Here’s what you need to know:

Due to those freezing temperatures, water pipes across the county have ruptured causing low pressure and leading to the boil water advisory.

Right now, we are operating in the red.

Since Tuesday, we’ve had 63 water mains rupture, a total of 2,796 water cut offs, and water demand is much higher than usual.

That is due to the many breaks and leaks.

“It could be that tomorrow or Tuesday, we could locate all these leaks. It’s just hard to say because we don’t know right now. If you noticed from the sheet that Nick showed you, we’re at almost 3,000 individual premises that we had to visit to shut off water or do something at those locations that were behind the meter. It’s likely that there are a whole lot more of those that we just don’t know yet,” said JT Young, MLGW President and CEO.

There is still a possibility for more breaks as temperatures get warmer.

Keep in mind, once water pressure is restored, MLGW has a process of flushing water through the pipes. Then, they test the water for contamination. That could take anywhere from 16 to 24 hours.