Decarcerate Memphis is hosting its first brake light clinic on Saturday, Oct. 16, from 10 a.m. to 2 p.m. at Douglass Park. 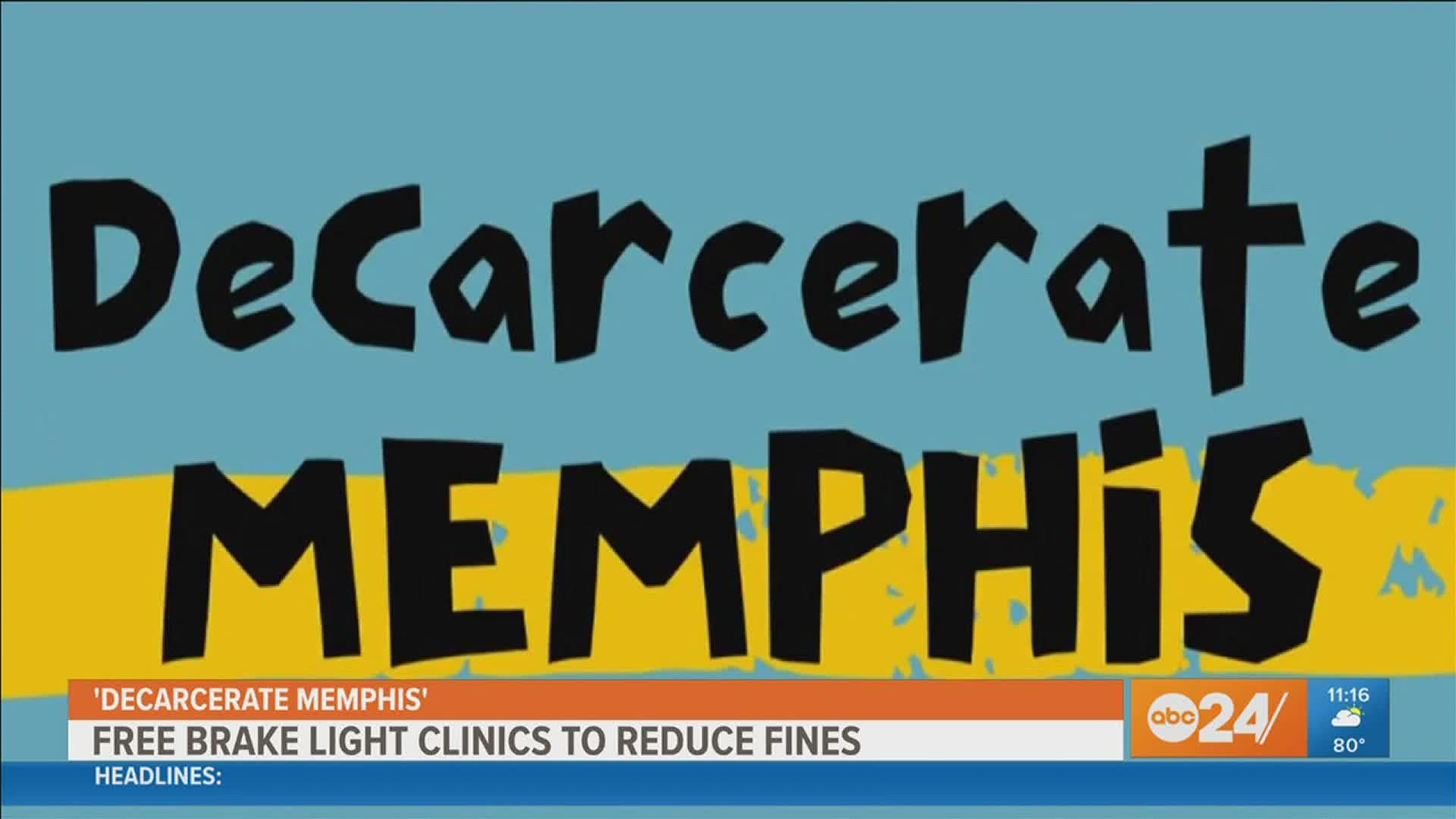 MEMPHIS, Tenn. — A busted light can lead to getting pulled over by police and costly fines. That’s an interaction Decarcerate Memphis wants to prevent from happening through a brake light clinic it's hosting on Saturday.

During the brake light clinic, people can pull up and get their lights fixed for free.

Decarcerate Memphis formed in 2020 as a coalition of activists, attorneys, clergy and community leaders to advocate for strategies and a community-oriented approach to the “problematic system of policing.”

Glass said being pulled over can be costly and dangerous.

“Memphis is one of the poorest cities in the nation. So if someone gets pulled over and they get a citation for a busted taillight, that’s going to be a $52 and some change fine,” Glass said. “If they go to court or they miss their court date, the fines and fees go up to the $200s.”

Glass said more concerning than the fines is the potential for someone to get their license suspended.

“You still have to go to work and you still have bills to pay and if you get pulled over, well now you’re going to jail,” Glass said. “If you can't afford to pay your $50-something break light citation, it’s going to be really hard to bail out of jail. So you’re sitting in jail until your court date.”

Another concern is the potential that the interaction with police can be dangerous and deadly, like one of the more recent national cases: the killing of Daunte Wright, who was shot and killed during a traffic stop.

Glass said the group’s long-term goal is to encourage the Memphis Police Department to end all pretextual traffic stops where someone is stopped for a minor violation such as a light being out.

This past Saturday we held our very first training at Douglass Park so that we can be prepared to service communities...