The Memphis Fire Department said about 18-20 people were evacuated from about 10 homes in the area of Perkins and Chuck. 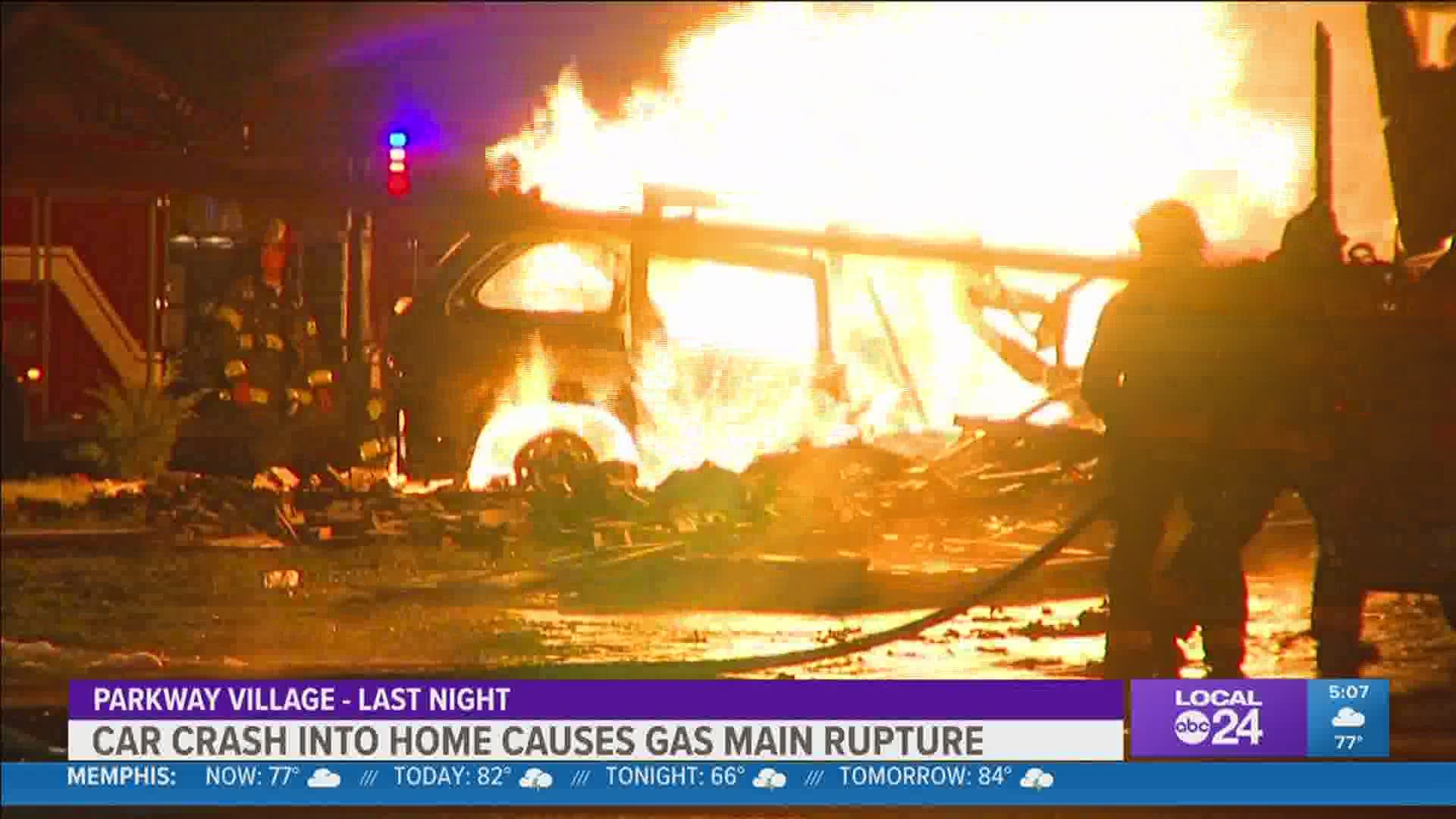 MEMPHIS, Tenn. — People were evacuated from homes Tuesday night after a car hit a house and ruptured a gas main in Parkway Village.

About 7:50 p.m., firefighters said they found a car had struck a gas line and rammed into a home in the 3300 block of S. Perkins.

Fire crews said the gas leak led to an explosion, and ignited a fire at the home and four private vehicles.

The Memphis Fire Department said about 18-20 people were evacuated from about 10 homes in the area of Perkins and Chuck.

MFD called for MLGW to shut the gas main off. Fire crews on the scene have called for a MATA bus for the evacuated people, as well as the Red Cross.

The home and four vehicles sustained smoke, fire and water damage. Total damage is estimated at about $150,000 at that location.

A neighboring home sustained about $8,000 damage to the exterior.

Remarkably, there were no reports of injuries. Two adults and eight children escaped safely from the home and Red Cross provided assistance for them.

The driver did not sustain any serious injuries. 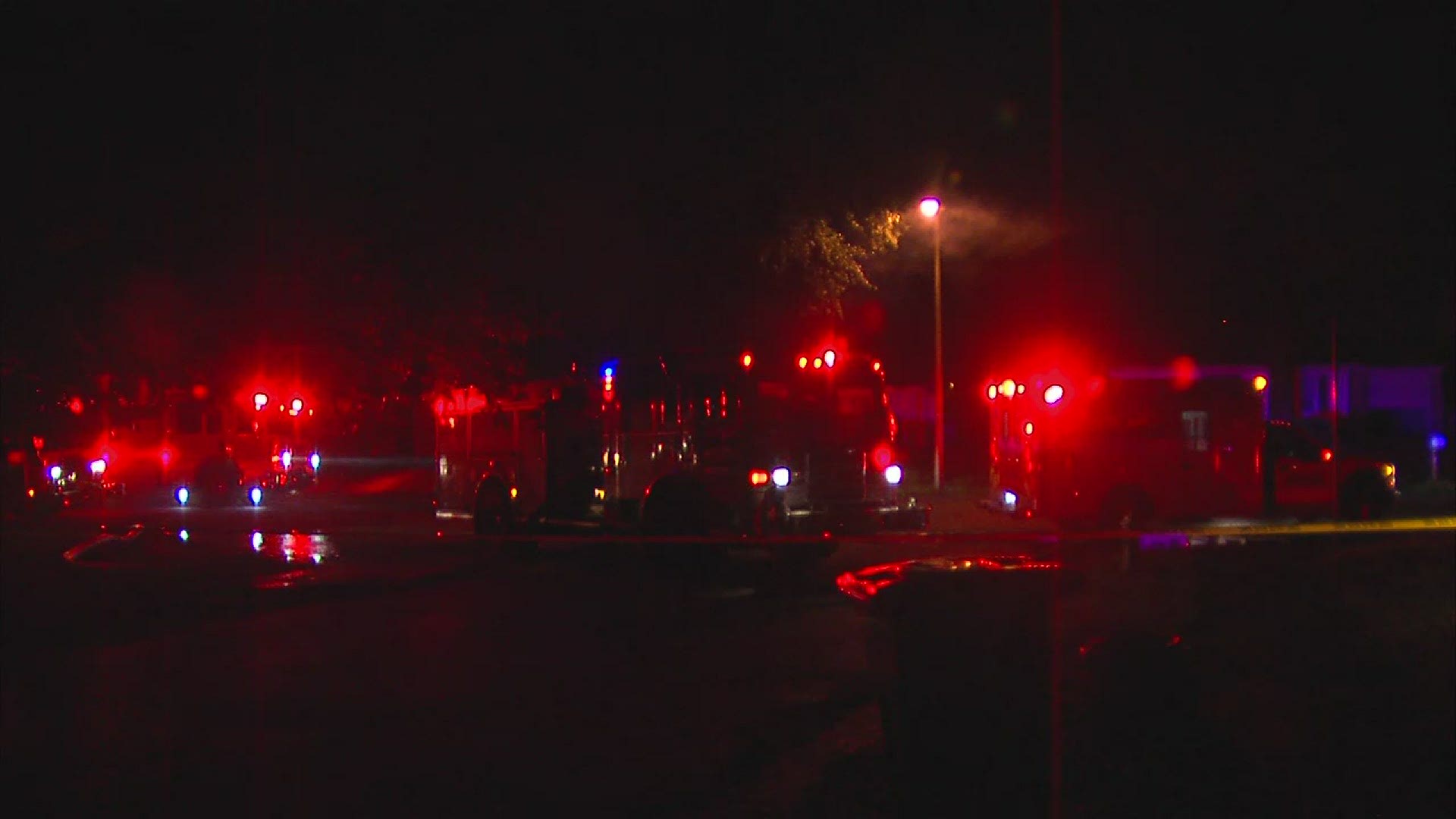