The city of Memphis is celebrating 200 years, and this weekend it also has the chance to beat a world record. 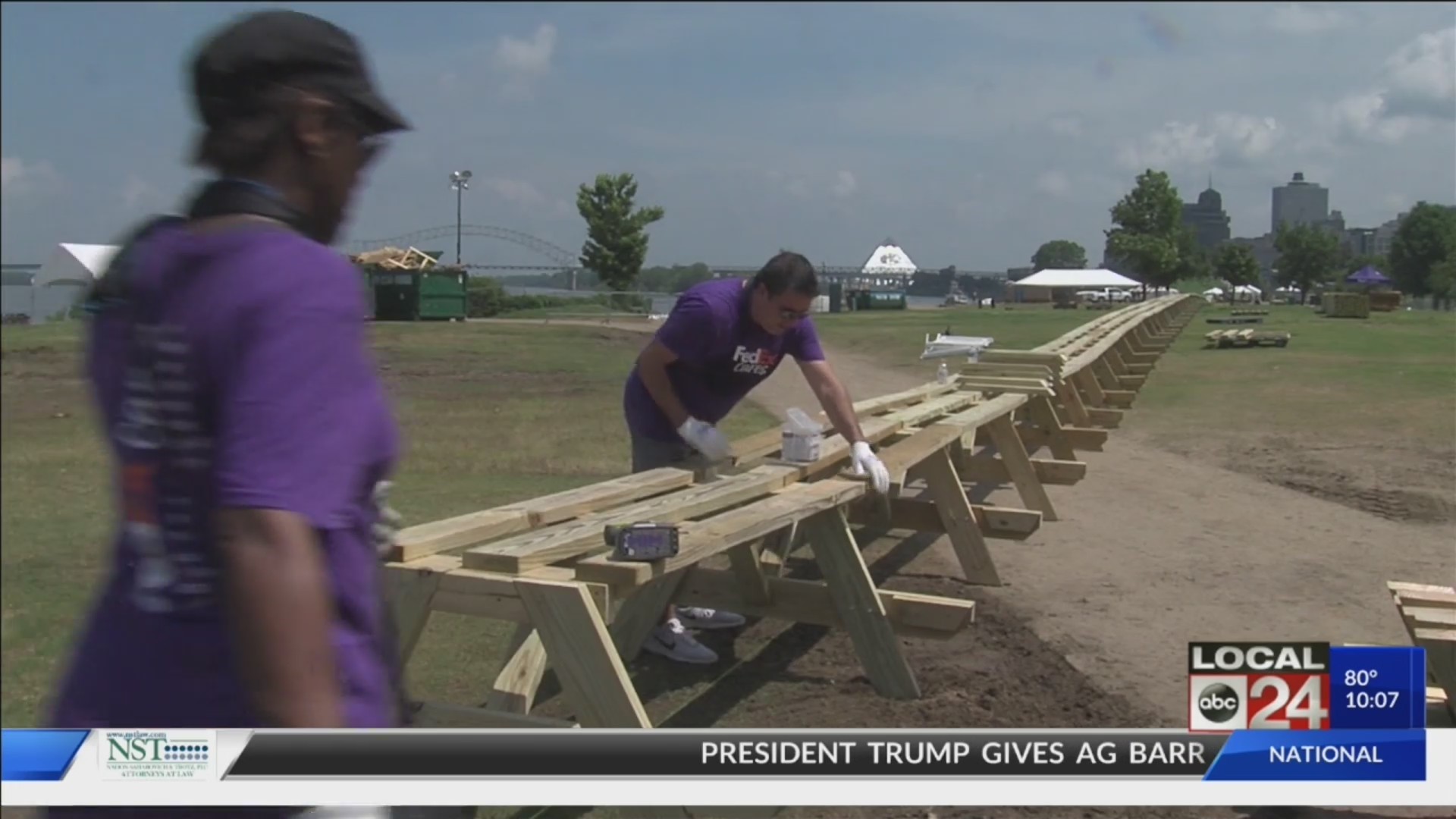 MEMPHIS, Tenn. (localmemphis.com) – The city of Memphis is celebrating 200 years, and this weekend it also has the chance to beat a world record.

Memphis in May organizers are inviting everyone to help set the Guinness World Record for the longest setting picnic table.

A Memphis in May spokesman tells Local 24 the current record was set in March of 2019 by a group in Paris who set a 1,315 foot picnic table. Memphis in May organizers hope the city of Memphis can beat that by a long shot this Saturday.

The month of May in Memphis has been busy. We’ve celebrated the Beale Street Music Festival, the World Championship BBQ cooking contest, and the finale comes this Saturday with Celebrate Memphis.

“A free event to celebrate our city with fireworks, with a drone show, with the world’s longest picnic table, with great Memphis music headline by Lucero and Al Kapone again. So, it’s just a wonderful event for the city to come together and celebrate what makes Memphis great,” said Robert Griffin, VP of Marketing of Memphis in May.

Set up began Thursday morning for the world record attempt. Hundreds of volunteers from organizations like FedEx came to assist.

“We’ll have over 3 and a half miles of lumber, we’ll have 19,000 screws, the entire assembly will weigh about 14.5 tons,” said Thomas Griffin, Production Chair for Memphis in May.

Tiffany Garrison says she may bring her family out this Saturday.

“Definitely, even though it’s going to be really, really hot this week, I think it would be a good family event especially during the day,” Garrison explained.

Griffin says to beat the world record, the picnic table has to beat the current record held by Paris, France of 1,315 feet, 8 inches and it has to be a continuous table based upon a commercially available design, not a series of tables bolted together. It also has to be filled with people. The idea got great feedback from people who call Memphis home.

Gates open at 3 Saturday afternoon. Memphis in May organizers want everyone to be seated for the world record attempt by 5:30 pm.