Some in the DMV fear cicadas and are dreading their presence 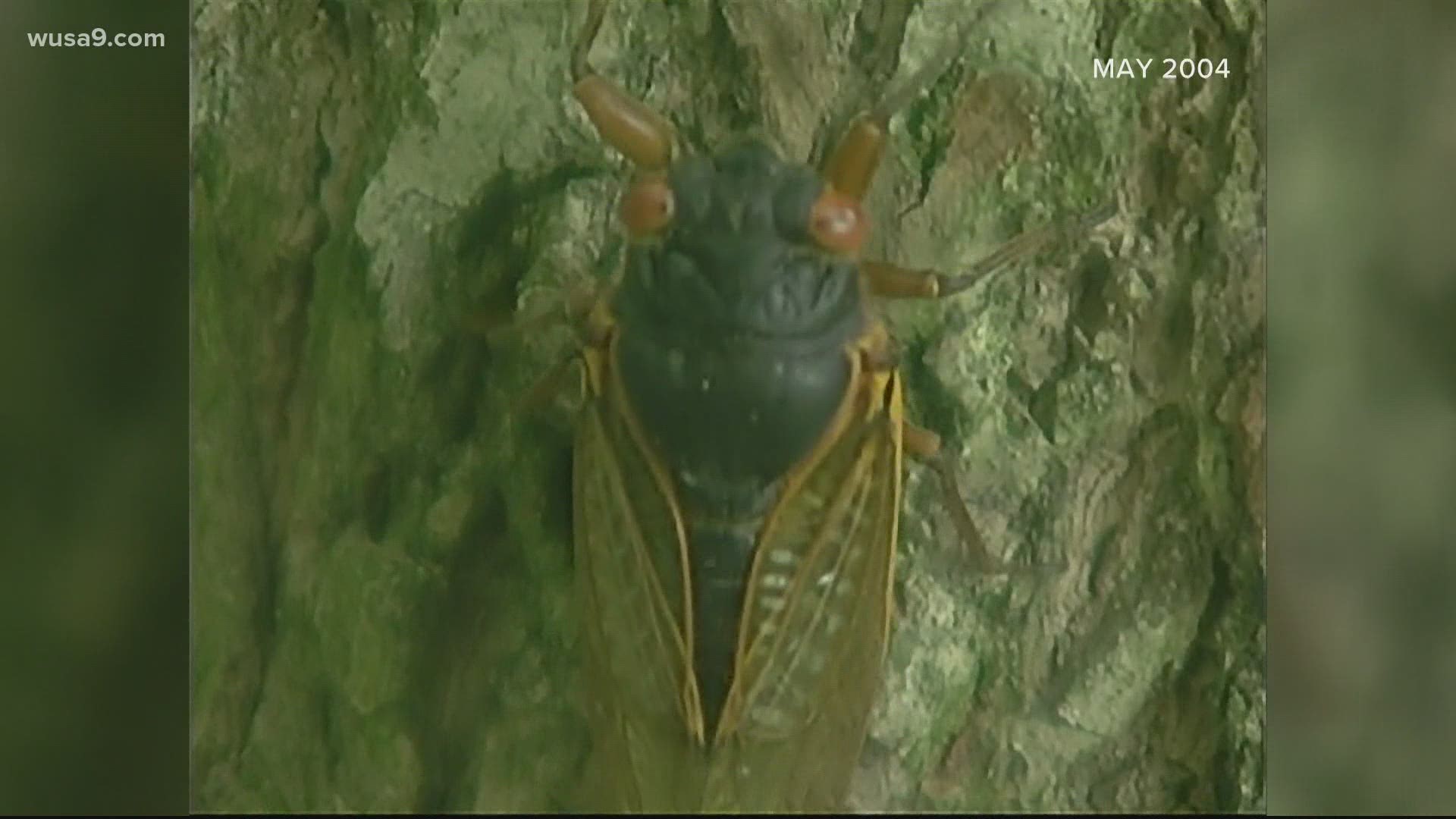 WASHINGTON — Harmless. That's what some people say about them as they sing loudly and flap their see-through wings.  While cicadas are just another bug to swat away for some, for Rachel Bacarella, the memory has been fresh on her mind for the last 17 years.

"I just remember them, getting stuck in my hair, boys throwing them at me, eating them. It was just heinous," she said.

Only 10 at the time, cicadas left the wrong impression on her.  Now as Brood X returns, she's going on a bit of a “cicada quarantine" and doesn't plan on leaving the house.

And if she does have to go out, she plans on using a form of protective gear.

“If I do have to go outside to walk the dog or something, I have a beekeeper's suit," she said.

Rachel is among a small group of people who have a fear of bugs, in particular cicadas.

"Absolute panic. Like I know, I can feel the hives on my chest right now as I'm talking to you about it. My face is very red and my forehead vein is out. I'm just very physically stressed," she said.

That type of response is well known to psychiatrists like dr. Daniel Z. Lieberman, Professor of Psychiatry and Behavioral Sciences and Clinical Director at George Washington University.

“You know usually people don't get these bug phobias treated because they can avoid the problem. This year, it's not going to be avoidable and people may want to consider treatment, ” Lieberman said.

Treatment? That's not something Denise McCarty considered, as she too is bracing for the cicada "swarmageddon."

“I’m terrified of them. My husband laughs, he thinks it’s funny, but I’m terrified,” Denise said.

There’s only one person that Denise will brave the cicadas for: her three-year-old granddaughter. She loves to come over to her house for a swim.

Psychiatrists at Johns Hopkins say it's natural for people to shy away from something that they perceive will cause them harm.

"I think it’s important for the public to realize that there is, no doubt, a reason we humans fear and/or are repelled by bugs, snakes, tight spaces, etc. We and other animals seem to have genetic programming to avoid or otherwise be repelled by many animals and situations that could harm us," said Dr. Joe Bienvenu, Director of Psychiatry Residents' Outpatient Continuity Clinic and Professor of Psychiatry and Behavioral Sciences at Johns Hopkins.

"Cicadas are relatively harmless, but they are very large and noisy insects, so we should give ourselves a break if we do not like them swarming around us," Dr. Bienvenue said.

So for some who say it's just a bug, for Denise and Rachel, it's not.