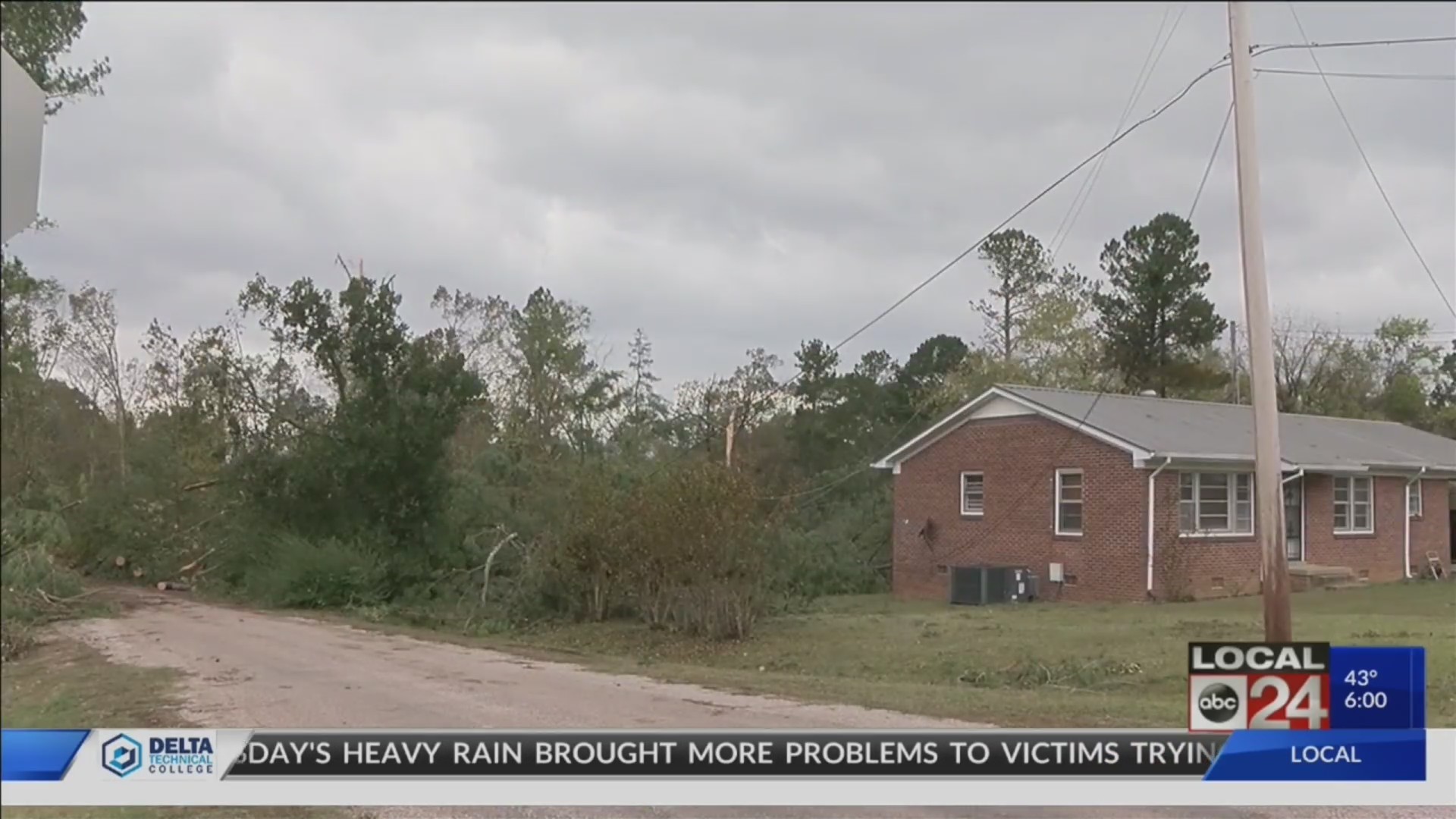 Matters only grew worse for some after Wednesday night’s rain poured through the same area. Now, the county braces for cold temperatures.

“This was just so unexpected, just out of the blue,” said Linda foster, an Adamsville resident.

Saturday’s storm took residents by surprise, knocking down trees and power lines. Just when they thought it was over, more troubles came.

“God had brought us some more water in the form of rain,” said Steve Simon, Adamsville City Administrator.

Simon said the rain made everything worse.

“We had some of those trees that were just questionable about falling are now falling,” said Simon.

She was in day four without power and is now preparing for the cold.

“I’ve got on a lot of clothes, keep the doors closed,” said Foster. 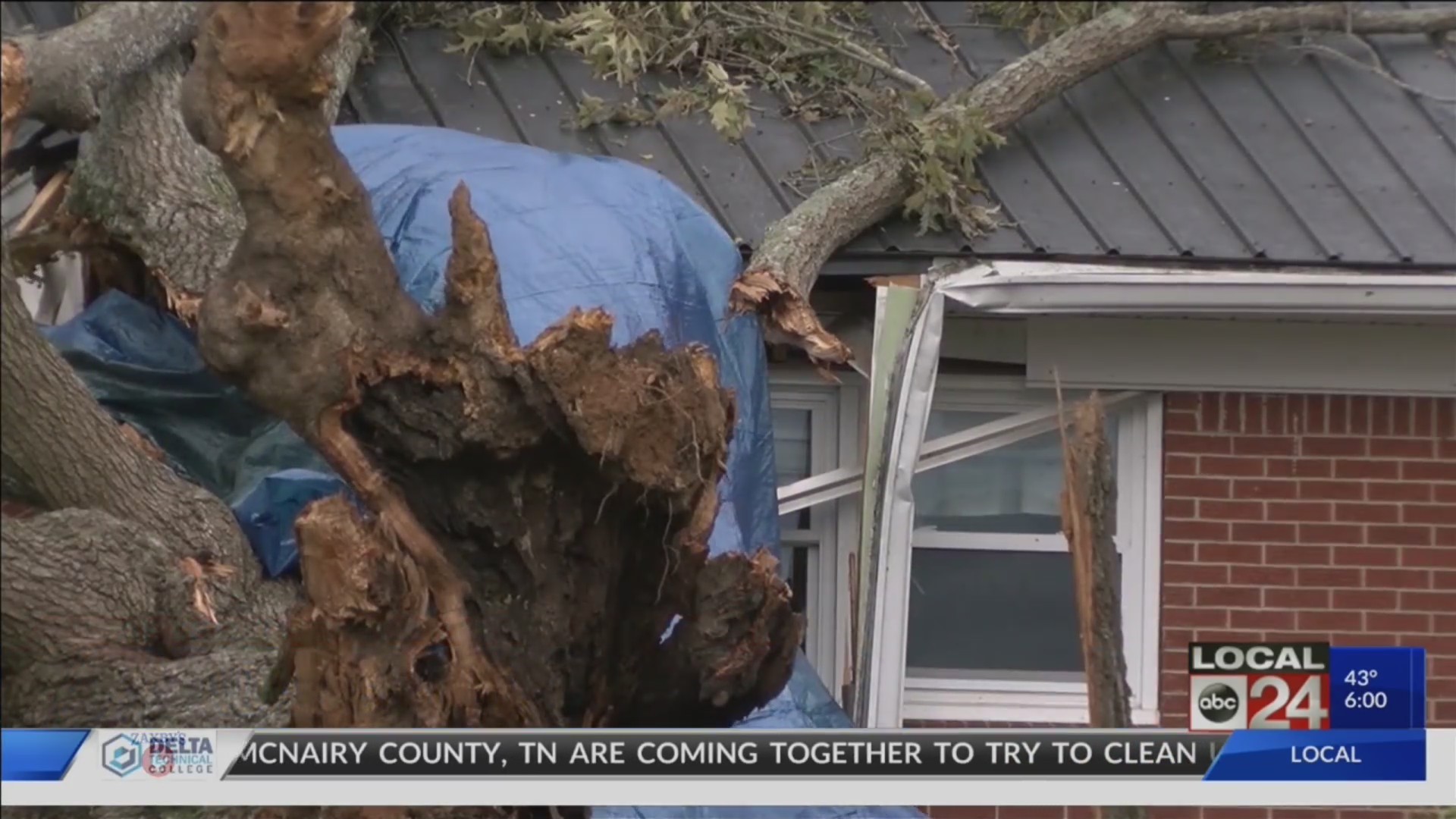 He said he also believes some of those power lines that were fixed earlier in the week might have been damaged again as a result of Wednesday’s rain.

More than 800 homes throughout the county have some kind of damage, but the community has pulled together to help each other.

The Red Cross has set up a shelter at the center.

Since Saturday, residents have been coming and going.

“I have two families coming in today to stay with us because the temperature is quickly dropping,” said McMeekin.

Simon along with others in the community have been passing out supplies to residents at Adamsville City Hall and Michie Civic Center.

“We’re not whole, but one of the most wonderful things and we’ve seen so many of our better angels of people helping one another whether we know them or not and helping people recover,” said Simon.

“We have had so much help from individuals, from companies, bringing water, bringing food, bringing baby wipes, towels, and toothpaste,” said McMeekin.

In McNairy County, the generosity is not only an action, but also a feeling.

“For me and my staff, it just fills our hearts,” said McMeekin.  “We’re local, so we know what they’re going through.”

Schools will remain closed for the remainder of the week with plans to return Monday. As for Halloween, residents went to trunk-or-treat in the park to avoid being out in the cold and in areas without power.