A cross-section of activists believe investments are worth it and will serve the community better. 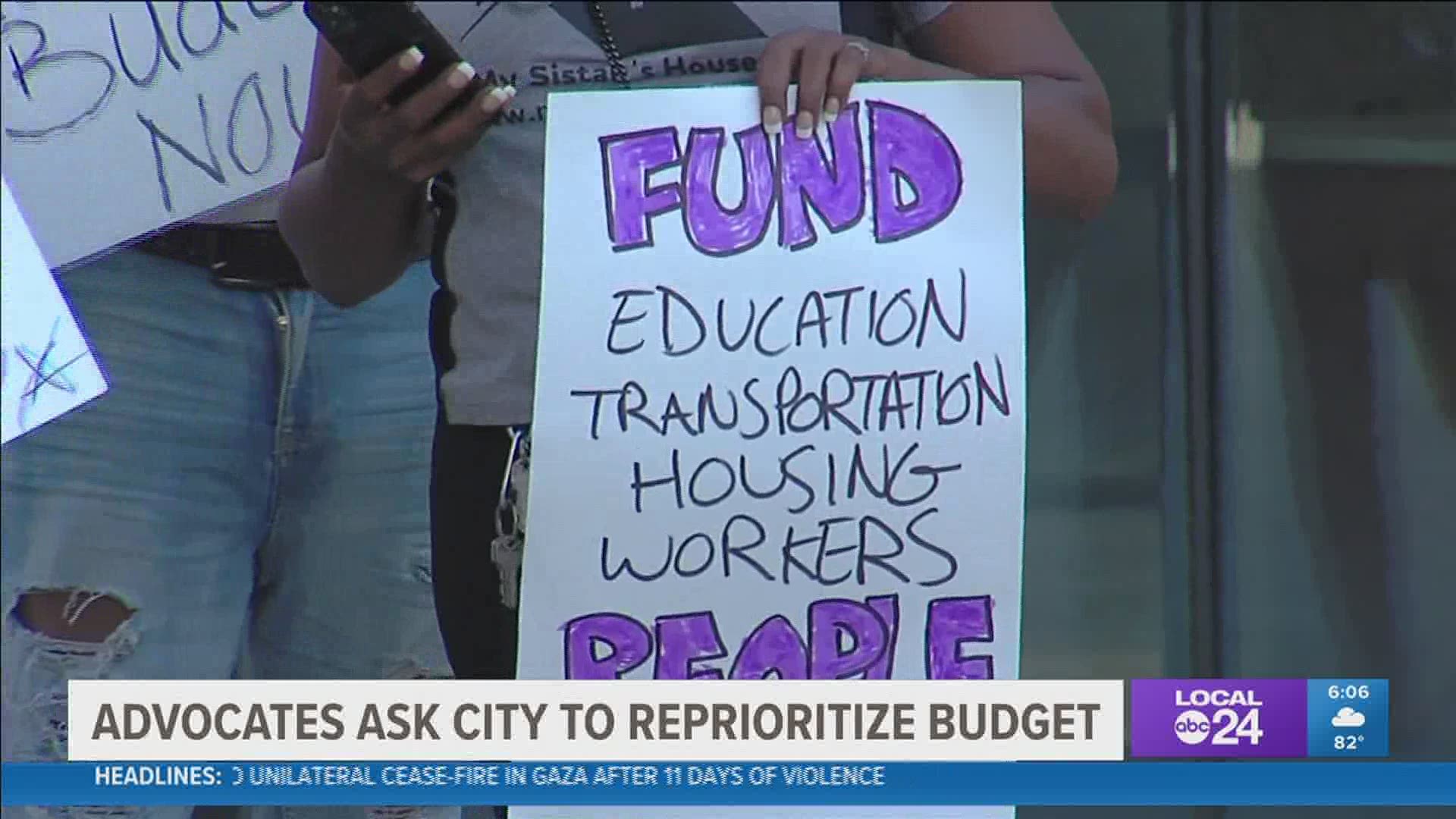 MEMPHIS, Tennessee — "A budget is a moral document because it defines for our community, our values," Cardell Orrin said.

Orrin, and others in a diverse group Friday morning in downtown Memphis, believes those values need to be revamped in the upcoming City of Memphis and Shelby County budgets, which will be debated and approved by July 1st.

Shelby County Mayor Lee Harris and Memphis Mayor Jim Strickland are not requesting any property tax increases in their respective budget proposals. As is required by state law, their spending plans call for the adjusted property tax rate next year - after property reappraisals - to bring the same tax revenue as this budget year.

"Most of the people in our communities that have the greatest need have seen the least investments," Orrin said.

Speakers also wanted all City of Memphis workers to get a raise in the next spending plan, compared to Mayor Strickland's proposal of a pay hike for only commissioned police officers and firefighters.

"There are employees who are not receiving cost of living increases annually. These employees have worked the entire pandemic. They have risked their lives of their family members just to serve this community," AFSCME 1733 President Jason Hunter said.

Some Memphis city council members and Shelby County commissioners have floated the idea of a separate tax hike - beyond the recertified property tax rate - to free up more money to spend on services. Those bodies will get the final say in approving their budgets next month.