A Kroger spokeswoman said the store on New Byhalia Road opened with $4 million in renovations. 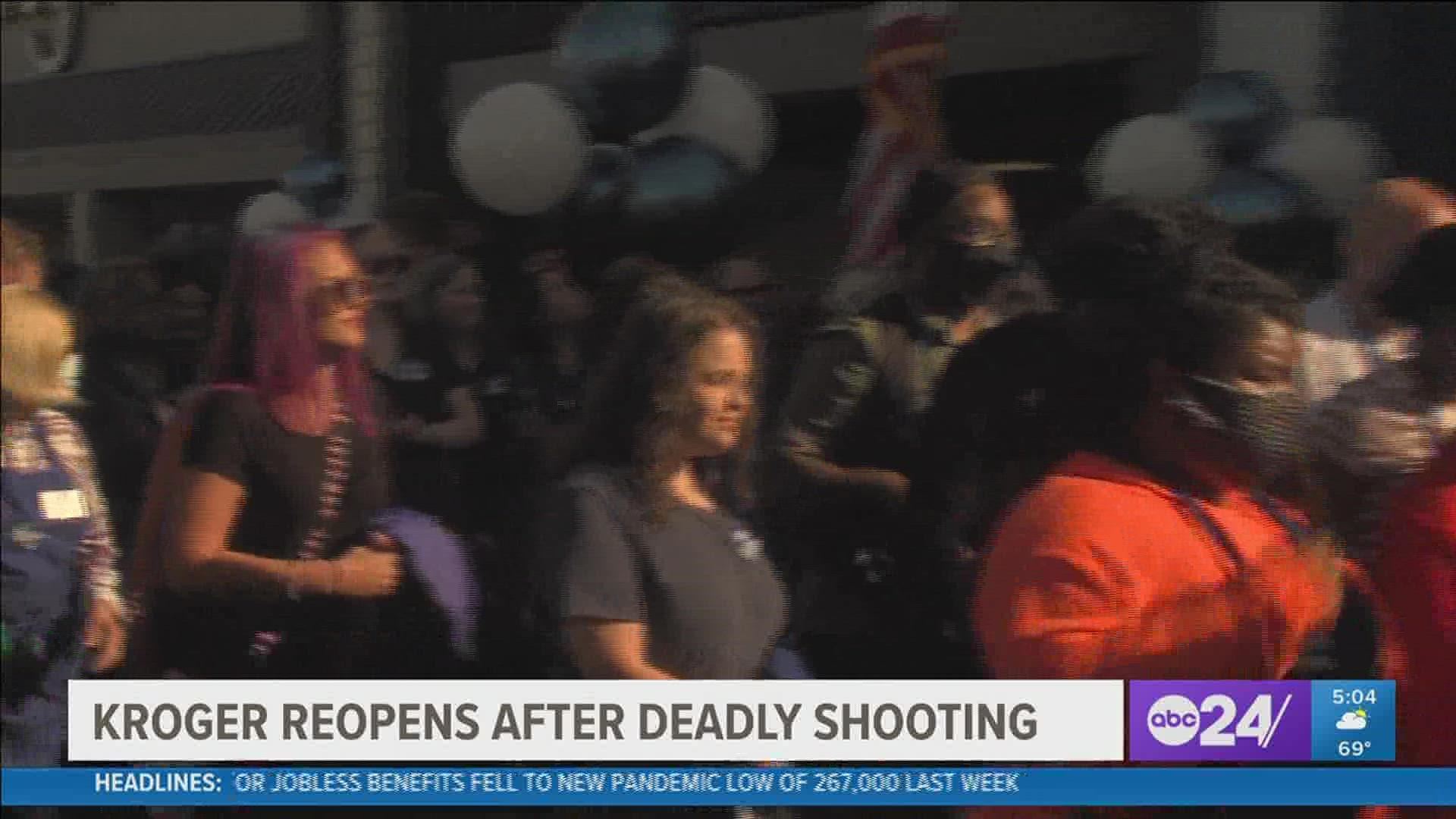 COLLIERVILLE, Tenn. — The Kroger in Collierville that was the site of a deadly mass shooting in September reopened Wednesday morning.

A Kroger spokeswoman said the store on New Byhalia Road opened with $4 million in renovations.

RELATED: As Collierville Kroger reopens Wednesday, those who helped in aftermath of September's mass shooting reflect, look ahead

Investigators said UK Thang killed one person – Olivia King - and wounded 14 others at the Kroger before killing himself September 23, 2021. Thang was the franchise owner of a sushi counter at the store and had been asked to leave his job at the grocery store earlier that day.

RELATED: 'God needed her in heaven more than we needed her on earth,' Olivia King, Kroger shooting victim, remembered as kind and selfless

RELATED: 10 of 15 Collierville Kroger shooting victims worked at the store

The Kroger also opened an Associate Resource Center to serve the victims, employees of the store, first responders, and any community members impacted by the tragedy.

Money continues to be raised for survivors and victims’ families at www.colliervilletnstrong.com.

It’s a great day in Collierville! Today we celebrate our unity, resiliency, and the people in our community who makes us #ColliervilleStrong.

Posted by Town of Collierville on Wednesday, November 10, 2021

This morning, members from the Collierville High School Band, Cheer, Pom and Football team had the honor of joining the...