More than a month after a fire damaged the store, the Collierville Target reopened its doors July 21st. 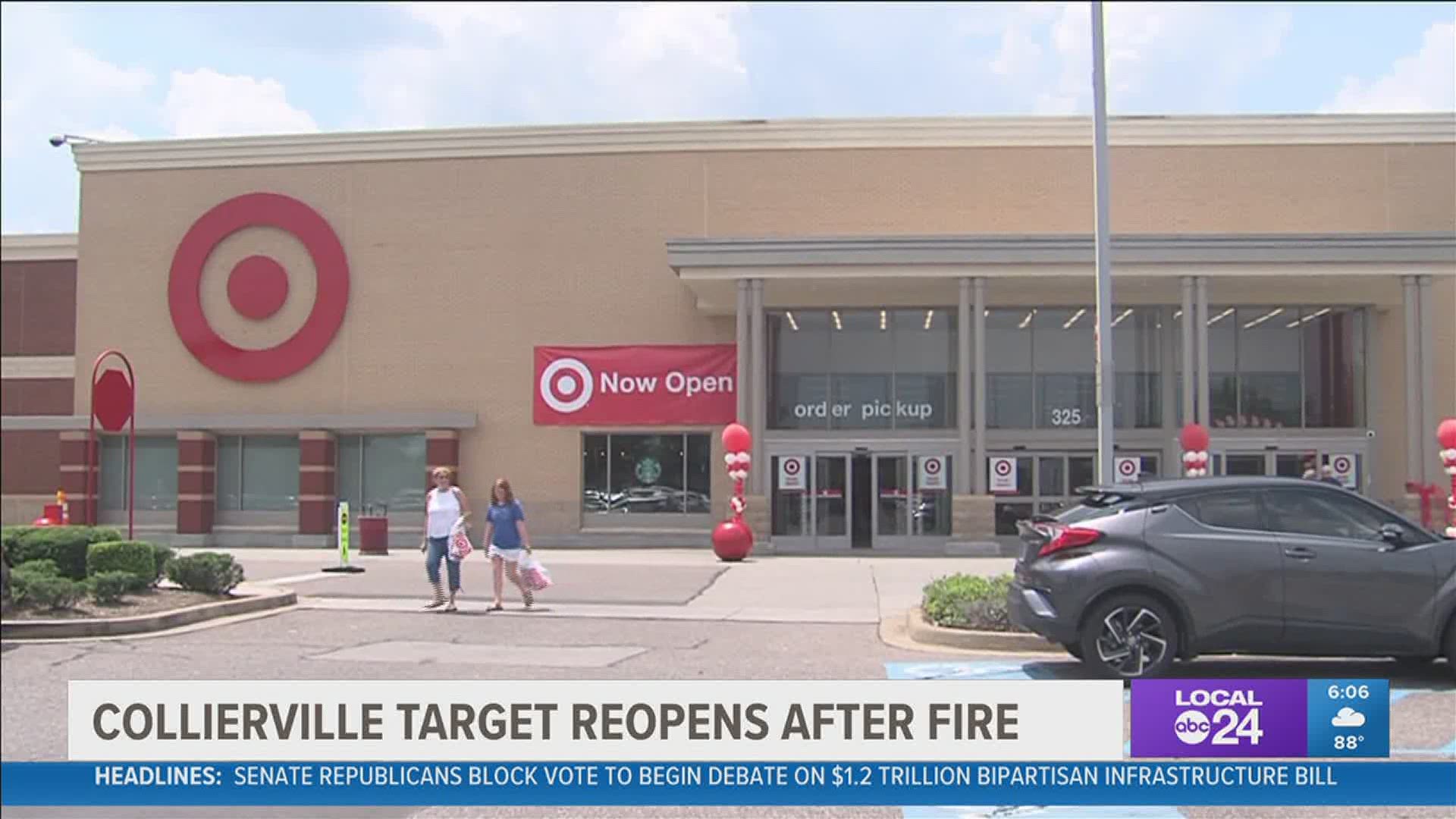 COLLIERVILLE, Tenn. — UPDATE 7/21/2021 - After being closed for more than a month, the Target in Collierville is reopened Wednesday.

The store was closed in June after firefighters found heavy smoke coming from the store and fire in one of the grocery aisles. No one was hurt, but the inside of the building was damaged by smoke and water.

The cause of the fire has still not been released.

7/14/2021 - More than a month after a fire damaged the store, the Collierville Target will reopen its doors July 21st.

The city's fire department responded to calls of heavy smoke and a fire in the store's grocery aisle on June 12th. No one was hurt, but the inside of the building was damaged by smoke and water.

Investigators are still trying to determine what caused the fire.

Originally, the store was set to reopen July 19th, but it was pushed back a couple of days to get everything ready.

According to the Collierville Fire Department, firefighters responded to a fire at Target at 325 New Byhalia Road just before noon on Saturday.

When firefighters arrived on scene, they saw heavy smoke and found a fire on a grocery aisle which activated two sprinkler heads above the fire. Customers and employees were safely evacuated from the building without any injuries.

“Due to the location of the fire being in the back corner of the store, it took some endurance for our firefighters to quickly move back and forth from their engines to the fire. Two firefighters became overheated, were treated at the scene, and have now recovered,” said Paul Witt, Chief of Fire Prevention.

Germantown and Shelby County Fire Departments were called to assist at the scene as well as help provide additional emergency response in the Collierville area if needed. 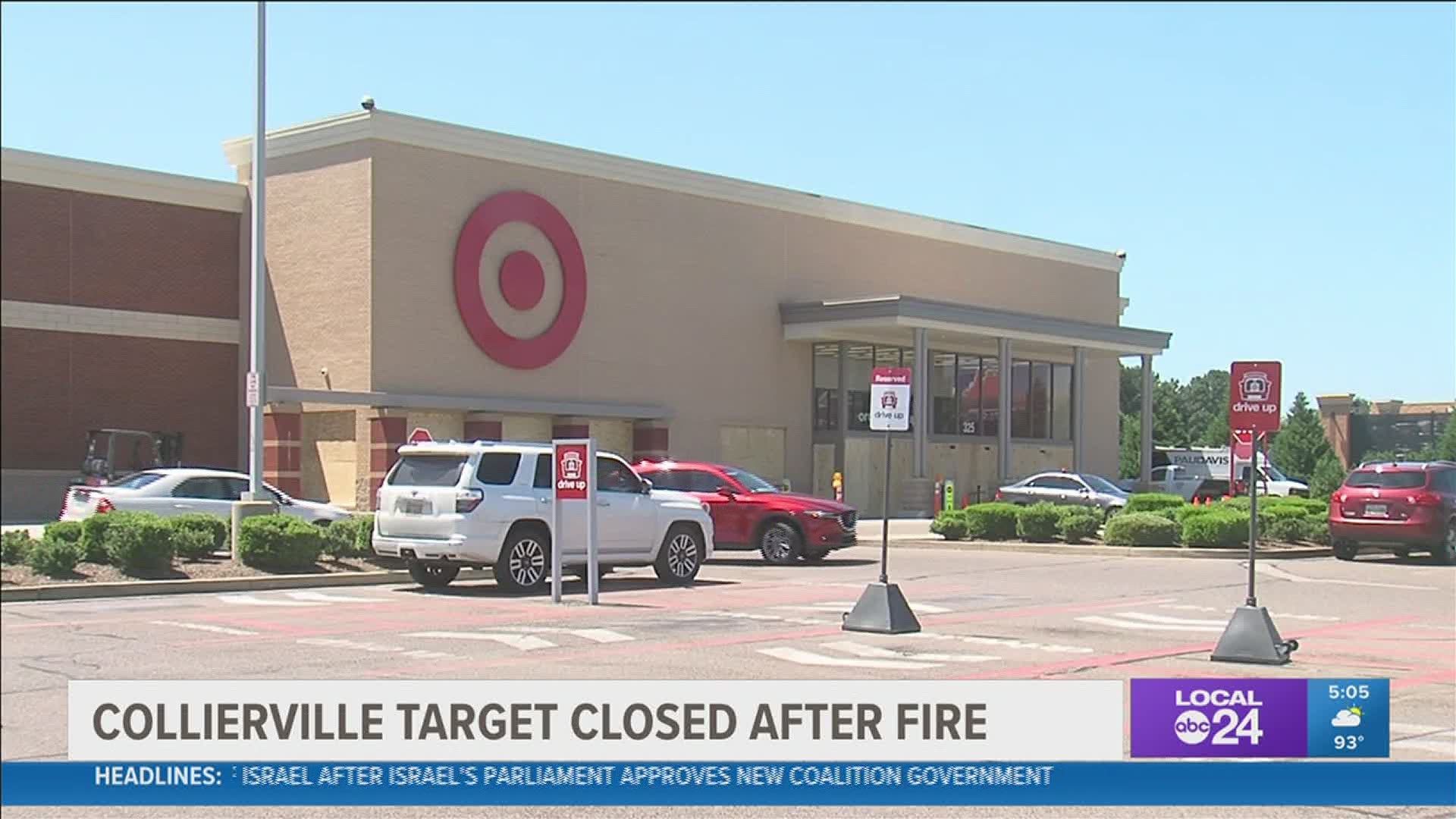 “The sprinkler system did it’s job keeping the fire from spreading,” said Chief Witt. The Fire Marshal’s Office and the Collierville Police Department are working together to investigate the cause of the fire. Officials do believe this will be a significant product loss for the business from smoke damage. Target will remain closed during the investigation and recovery; there is not a re-opening date established at this time.

A Target spokesperson says, "at this time, the store remains closed while we assess damages, and we invite our guests to visit our nearby store at 9235 Poplar Ave. in Germantown for their needs. We’re looking into the cause of the fire and have engaged local law enforcement."

Target also told Local 24 News that team members can be reassigned to other stores in the area while the store is closed.

The store is expected to be closed about a month.