HENNING, Tenn. (localmemphis.com)- Neighbors said they are overjoyed that escaped inmate and alleged murderer Curtis Ray Watson is finally back in custody. He w... 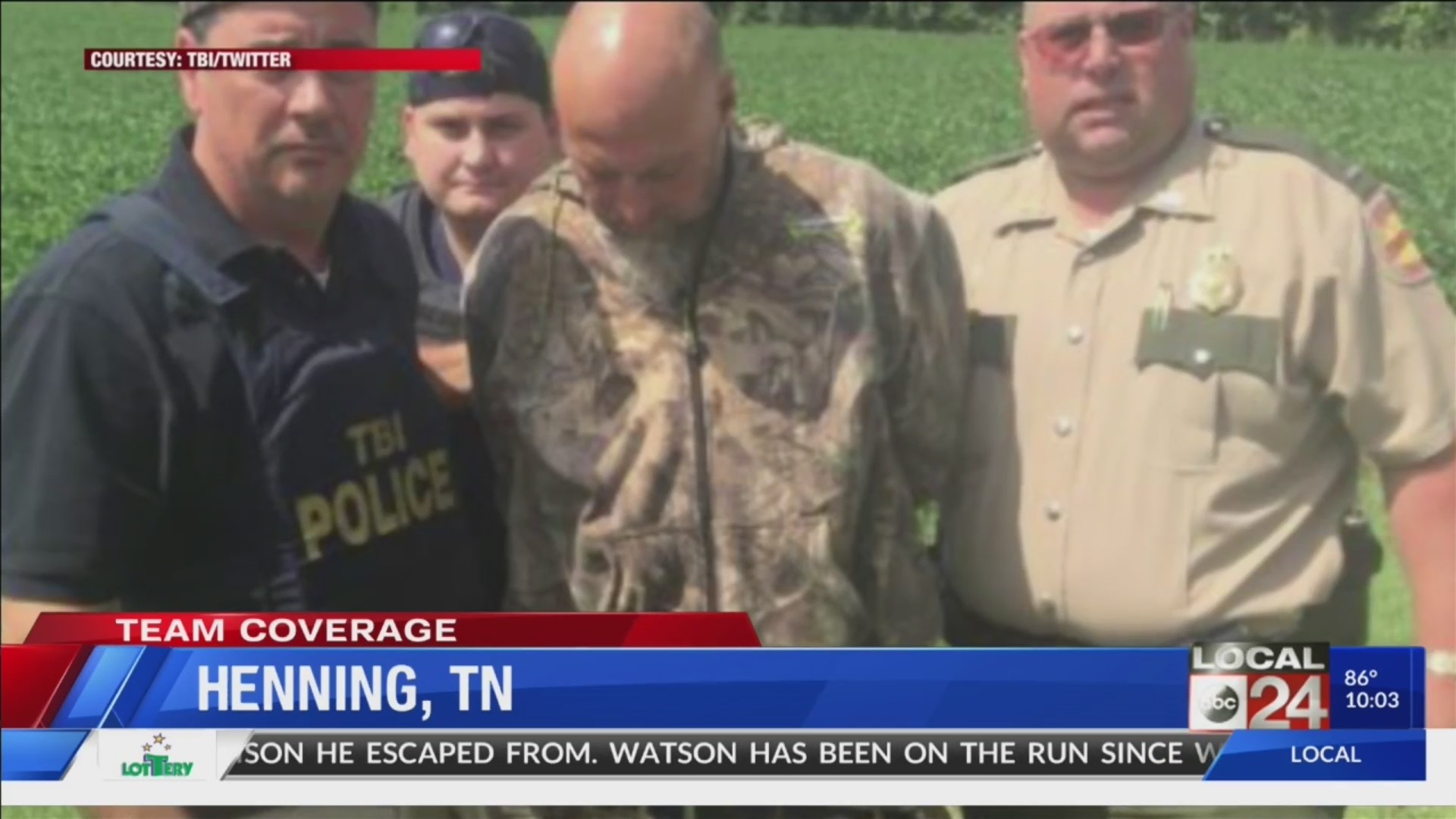 HENNING, Tenn. (localmemphis.com)- Neighbors said they are overjoyed that escaped inmate and alleged murderer Curtis Ray Watson is finally back in custody.

He was captured by law enforcement after being on the run for five days.

Harvey Taylor lives near the prison and was alerted by his home security system that someone was in his driveway around 3:30AM on Sunday. He recognized the beard and description of Watson and called 911.

“My wife said ‘that’s him that’s him!,’” Taylor said. “So, I prepared for if he tried to come inside and then we called 911. They sent out their representative and from there, with God’s help, they got him.”

Taylor said he and his wife were terrified but glad they caught him and could alert law enforcement. Watson was found near a soybean field about half a mile from the Taylor’s home around 11AM.

“When we recognized him and it was him it heightened that fear,” Taylor said. “But I think we did the right thing.”

Watson surrendered and got to the ground when law enforcement approached him. He was nearly 11 miles from the prison when he was found.

ABC News got an exclusive interview with Watson’s daughter about her father’s escape from prison and his capture. Harley Scott said she has been in contact with him for the past year.

Scott said her father would say he “misses her” and was going to come and get her.” She was not allowed to have contact with him until she was 18 because of how dangerous he was.

When she learned he had raped and killed prison administrator Debra Johnson and fled she was terrified for her safety. She said she thought he was coming for her and her mom so, they had constant security at their home while he was on the run.

“It was just a sudden relief because this has always been a childhood nightmare of mine,” Scott said. “That he was gonna come out because I’m one daughter [of 3] that he hasn’t hurt and I was just always scared he’s gonna come out, he’s gonna finally hurt me.”

Scott said she has nothing left to say to her father and she hopes he never escapes again.

The reward for Watson’s capture was at $57,000. The TBI has not said if Taylor and his family will be rewarded with the money.

Watson is expected to appear in a Lauderdale County courtroom on Wednesday. He is currently in custody in Tipton County.